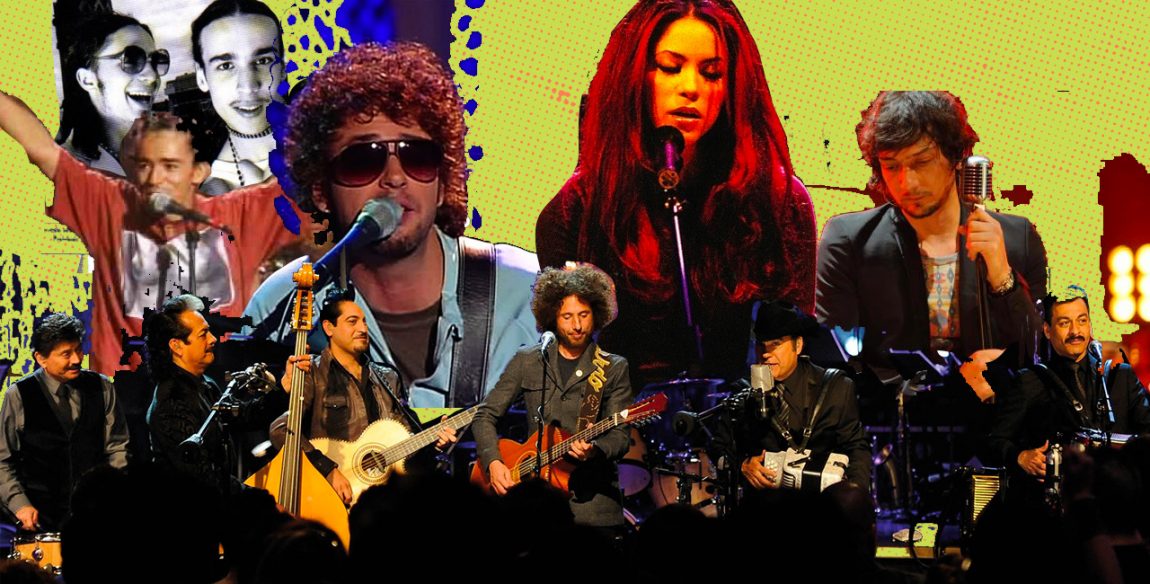 Old heads love to reminisce about MTV’s heyday, when the cable channel’s revolutionary programming redefined the way a youth generation interacted with music. Aside from airing hours of music videos, it also launched several iconic series, including Unplugged.

In 1989, on the tail-end of a decade that saw stripped-down acoustic performances by rock artists big and small take hold as a celebrated performance format, MTV saw an opportunity. Unplugged‘s premise – artists performing live, acoustic versions of their biggest hits  –  was pretty straightforward, but it gave us some of the most memorable and unique performances in broadcast history.

The rise of MTV Unplugged coincided with the explosion of the Rock en tu idioma publicity campaign, and the network seized the opportunity to invite some of the biggest names in rock en español to the proceedings. Soon, it became a window for Latino talent to stretch both their artistic and commercial ambitions. This also gave MTV more than big ratings; when the series’ popularity waned in 2000, Latino acts continued to tape Unplugged episodes to great reception in Latin America.

Unlike the all-star affair it eventually became, Unplugged began with a weird mix of talent that included art rockers Squeeze, old-school rock dudes like Joe Walsh, and soft rockers 10,000 Maniacs. It also inadvertently featured the first all Latino band in the form of Nuclear Valdez, a rock band from Miami who managed to score a hit with the glam metal-leaning “Summer.” The band shared their concert time with new wavers The Alarm, and afterward achieved little more than placing a few songs on TV shows. They might not have achieved rock legend status, but they sure made history.

The first Latin American band to do an MTV Unplugged, Los Cadillacs were the perfect introduction to the rock en español to the series. The Argentine squad was already becoming favorites of the network in 1994, thanks to the unstoppable “Matador,” – which MTV would name their song of the year – and their Unplugged performance clinched the deal. To maintain high energy levels and their signature mixture of sounds, MTV allowed LFC to remain plugged in, which proved to be a welcome change for the usually introspective performances. Add covers like The Clash’s “The Guns of Brixton” and you have one legendary performance.

Another band that taped their Unplugged performance at a particularly high point in their career, Cafeta seized the opportunity to bring out more facets if their sound. Their setlist leaned heavily towards their then just-released second album Re as well as some favorites from their self-titled debut. These performances are some of the most memorable in Tacvba history, especially “Las Flores” which the band paired up with “La Huasanga,” a popular son huasteco that finds lead singer Ruben Albarrán trading verses with violinist Alejandro Flores.

In 1996, it didn’t get any bigger than Soda, and MTV made sure to court them to make an Unplugged appearance. The band initially turned down the proposal to play acoustic versions of their biggest hits, but eventually, they figured something they could work out. Instead of the usual set up, the trio kept their music electric in a downtempo context, and used heavy orchestrations and sound manipulation. The results include some amazing re-imaginings of their classics, like their duet with Andrea Echeverri of Aterciopelados on “En La Ciudad De La Furia.” The resulting album, Comfort y Música Para Volar, is among Soda’s most celebrated in their catalog.

When Dante Spinetta and Emmanuel Horvilleur made their Unplugged debut, they had just broken out of the Argentine music scene into Latin American homes thanks to their album Chaco, as well as MTV’s support putting the videos for “Abarajame” and “Jaguar House” on heavy rotation. So it was natural that the channel asked the duo to appear on the series, even if it was a bit of a gamble since the band wasn’t known for nuanced performances at the time. In the end, it benefitted The Valderramas in showing another side of their sound, immortalized in their album, Ninja Mental.

Few bands in ‘90s Latin America were as ready-made for an MTV Unplugged as Santa Sabina. The Mexican goth-leaning rock band fronted by the late Rita Guerrero were not known for using acoustic guitars in their music, and they had a tendency to funk things up on their more uptempo numbers – but their music possessed a melancholic bent that resonates amazingly well at low volume. This also allowed their biggest asset – Guerrero’s voice –  to shine through, giving their material a backlit glow that could be found in smaller rations in their studio versions. For many, this is the definitive document of one of the most beloved bands in rock mexicano.

By the time he taped his Unplugged performance in 1997, Luis Alberto was already one of the most respected figures in his home country, so many viewers assumed he’d seize the opportunity for a career retrospective in his set. Spinetta had other plans though, as he moved away from most of his better-known songs to play six new songs and deep cuts from his back catalog, played by his band Los Socios del Desierto. The performance exceeded MTV’s regular format of one hour per concert, and as a result, it aired in two formats.

There were many firsts for this show. Shakira’s performance for MTV in 1999 constituted the first time a Latin pop act attempted an Unplugged, the first Latina solo act to do so, and the first time a Latino act didn’t tape their performance at MTV’s studios in Miami. It was also the first time Shakira experienced crossover success and paved the way for her eventual ascent to the pop stratosphere. But beyond a historic occasion, it’s one hell of a performance, culling songs from her Spanish language albums into one iconic setlist with some daring arrangements. It remains peak Shakira.

By 2011, Zoé had already become one of the biggest bands in Mexican rock by subverting any preconceptions of what you needed to make it in the genre. But their Unplugged performance pushed them further into orbit, bringing rawer emotion and sophisticated horn and string arrangements to their songs. When the resulting album –Música De Fondo – was released, it hit number one on the Mexican charts. Zoé even took the Unplugged performance on tour – expanded ensemble and all – for the next couple of years.

Rancheras were never MTV’s favorite genre but in 2011 they surprised the world by broadcasting an Unplugged concert with Los Jefes de Jefes themselves. While Los Tigres only needed to show up and play their corridos to show the kids how it’s done, they upped the ante by inviting an eclectic mix of artists to help them out, everyone from pop singer Paulina Rubio to former Rage Against The Machine frontman Zach De La Rocha. In the process, they showed that their old songs are as relevant as ever. Their willingness to connect with other generations took a front seat here, resulting in a memorable performance. 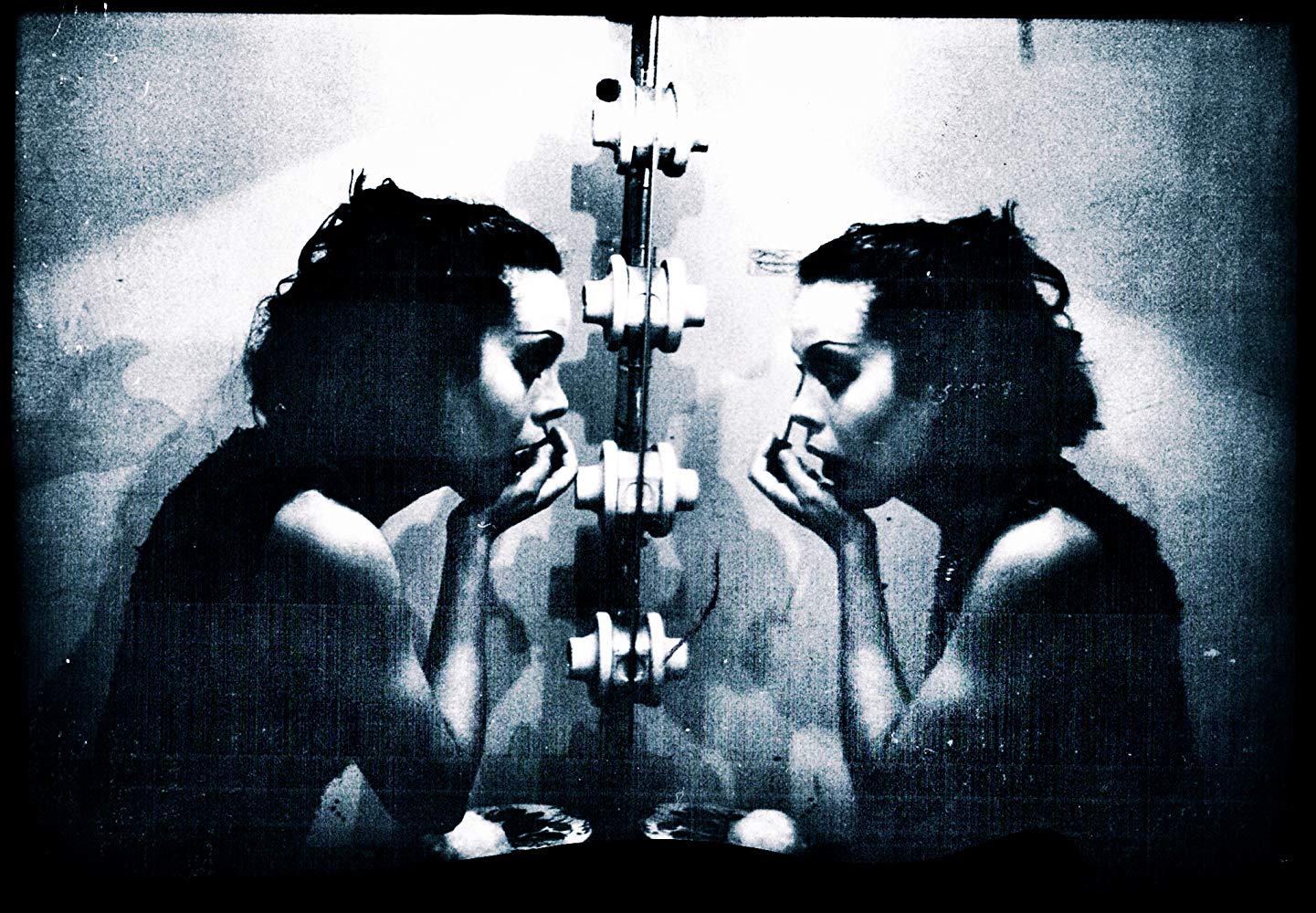 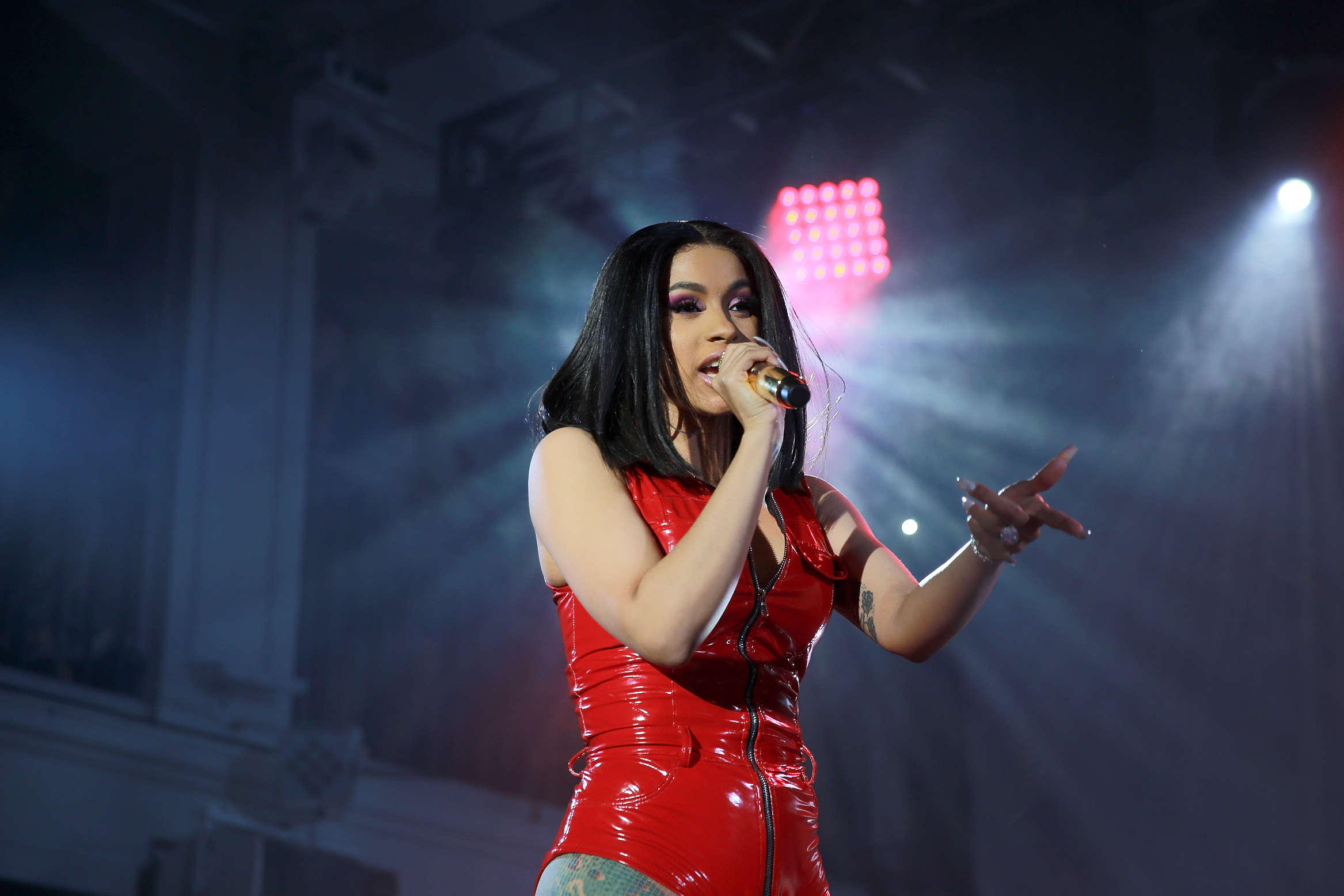 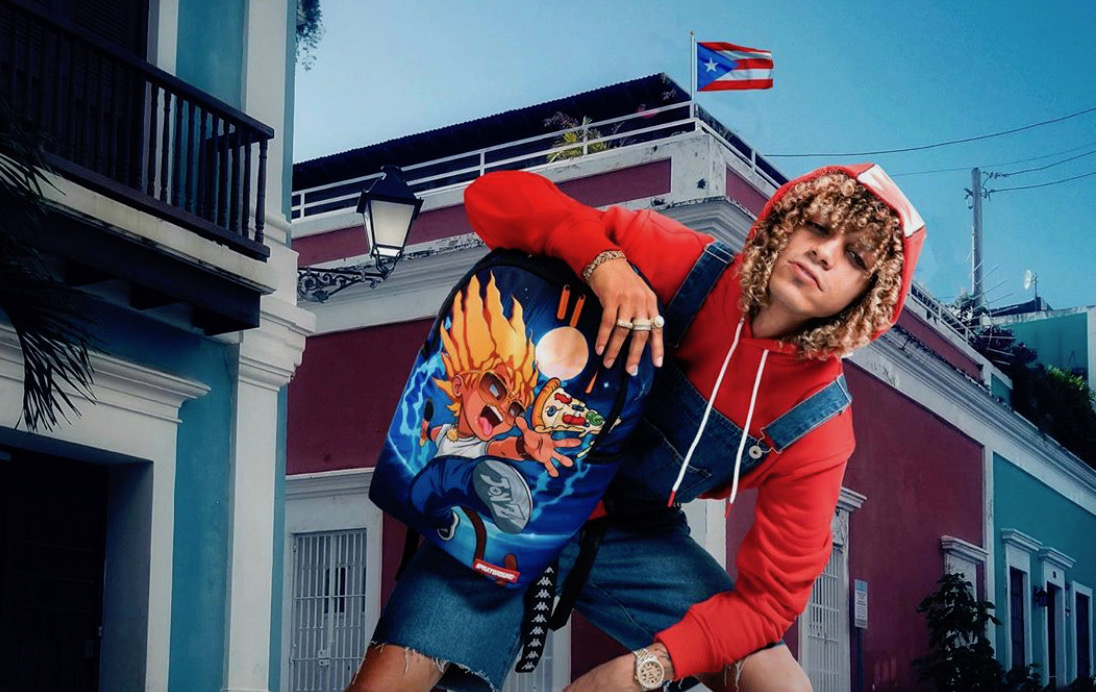 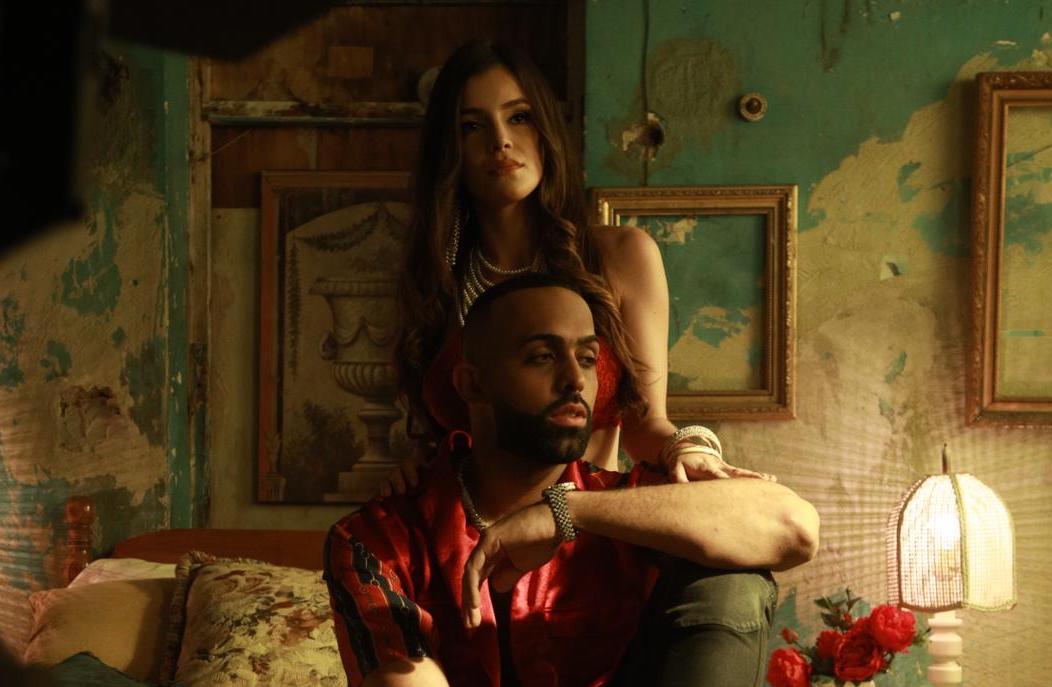 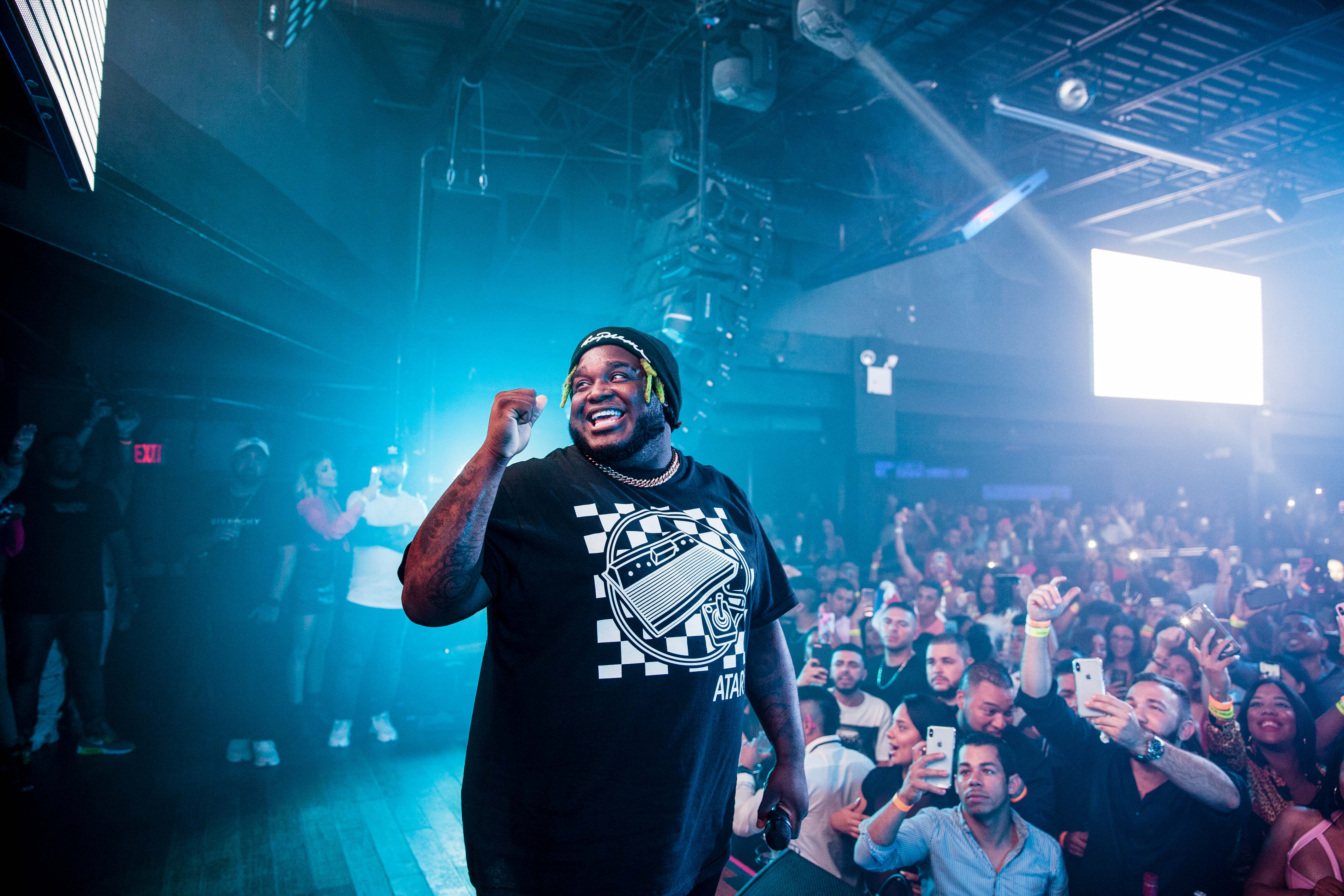