A Look Back at Merenhouse, the Most Lit Pari Music of All Time 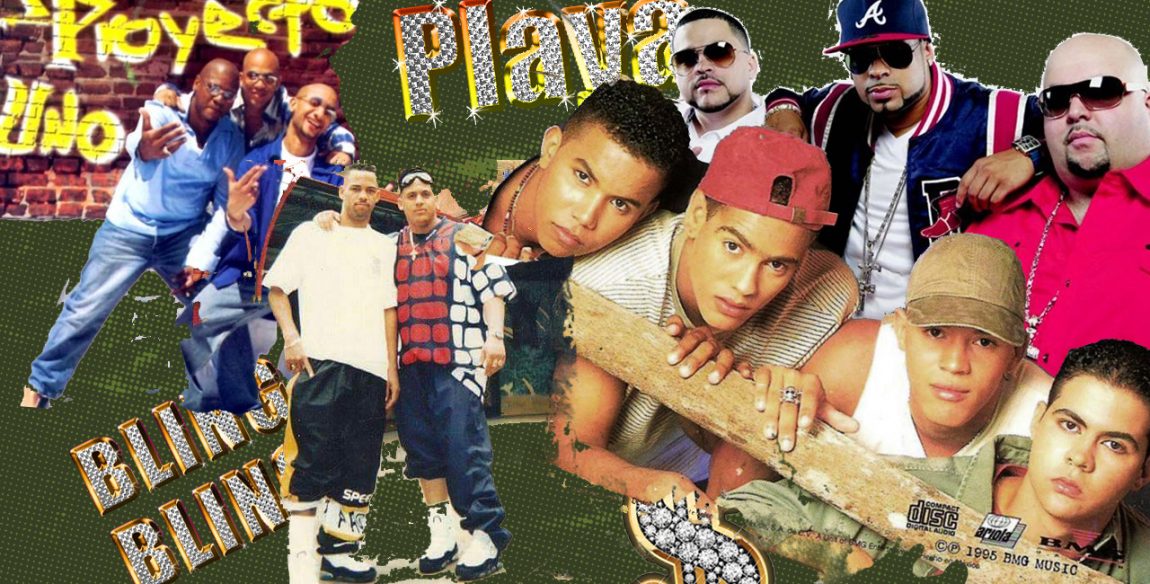 Is there anything better than good merenhouse/merenrap? The joyous collision of merengue with hip-hop, dancehall, and reggae popularized by dominicanos in New York took Latin America by storm in the 90s, and we need it to make a comeback like, yesterday.

The first track to really incorporate elements of merenrap was “El Jardinero,” by Jorge Gómez, Eddy Herrera, and the legend Wilfrido Vargas, all the way back in 1984. But merenhouse turned out to be the ultimate bicultural kid music, really thriving when children of the Dominican diaspora in New York encountered hip-hop and did what bicultural kids do best: create culture that is a reflection of their multi-faceted realities. Lucky for all of us, what emerged was some of the most lit pari music of all time, a fire blend of Spanglish, horns, and bravado.

Who among us hasn’t lost their mind on a dance floor when their country is shouted out on Proyecto Uno’s “Latinos”? Who among us DIDN’T choreograph a dance with their primos to this song to be performed, however inappropriately, during a family party? Was that just me?

Don’t believe us? Let us take you on a tour.

Shortly after joining Wilfrido Vargas’ group, Eddy Herrera stepped into the spotlight with the hit “El Jardinero.” The proto-merenrap track, which starts out with a fairly straightforward merengue and falsetto vocals, shifts effortlessly to the Spanglish raps that would dominate the emerging genre. It was 1984, and we had no idea what was coming.

The first group to dedicate themselves fully to blending merengue with hip-hop, the undisputed MVPs of the genre, the legendary Proyecto Uno developed merenhouse into the ultimate 90s pari genre. “El Tiburón” tells the tale of the pariguayo who ALWAYS steals ya girl, focusing on the foiled efforts of a wannabe palomo who, despite being married, is at the club hitting on all the finest women. It’s hard not to root for “El Tiburón” and take joy in the failures of this sloppy mujeriego.

This one is THE merenhouse classic – though not the first to do it, Proyecto Uno are without a doubt the standard by which all others are measured. At this point, “no pares, sigue sigue” is basically a proverb. And the visual? Those horns! Those moves! THOSE LOOKS! Take note, kids.

Staking a claim to immigrant Latinidad (“Nací en Nueva York, pero no me digas gringo”) and blessing us with clever wordplay, Proyecto Uno by now is bombastically aware that they are the shit. Magic Juan takes us on a journey of deep pride, shouting out the countries where the mamis are fine and el merenhouse está pegao. The driving house beat meshes seamlessly with the merengue rhythm, and again we have an easily chantable hook that even the sloppiest borracho will shout with ease on the dancefloor.

Sandy y Papo – who briefly lived in Venezuela – followed in the steps of Proyecto Uno and created a merenhouse empire of their own. Pari-ready tracks and full-strength swagger don’t leave you any other option than to move to the beat. In the late 90s, there was no Uptown turn up (or Venezuela, tbh) that didn’t include Sandy y Papo.

A whole genre of animal-based nicknames for dudes that leave with ya girl emerges. This time it’s el alacrán, y se llevó tu jeva y no dice ná! FUA! Pero el alacrán is apparently on some next-level steal-your-girl shit, because he even took el tiburón’s girl. He’s got cars, cash, and tigueraje, and does not discriminate, going for mamis young and old, thicc and thin. Who cares if this song is basically “El Tiburón” with a land-based dangerous animal instead? It still slaps.

This shit is so good you won’t even notice that you’re about to die until after it’s over. The most deliciously corny four-on-the-floor rhythm gives into a merengue piano riff, and a welcome pause for a hip-hop breakbeat lets you catch your breath for a moment. It’s an ode to the meneo and power of la mujer caribeña. A hilarious shout out to los congueros at the end gives some much-needed shine to the real MVPs of the beat.

On “Guallando,” Fulanito bring in the accordion for some face-melting perico ripiao action. They take us up to las montañas, then start in on an anti-colonial history of our querida Quisqueya (“En el 1492 llegó un tipo/Que dijo que descubrió a Quisqueya mía/Ave María get out of here con eso/Tainos indios/caribeños”). Not every pari track will give you the kind of anti-colonial resistance cry that this one does – you gotta love it.

In a male-dominated world, puertorriqueña Lisa M made it happen and came the fuck through. Lisa M was one of Puerto Rico’s first female MCs, an old school mami who, before the emergence of Rican icons like Ivy Queen, was rapping and working with legend and founding father of hip-hop en español Vico C. This song is an ode to the blurry line between un baile bien pegao and a full dance floor makeout.

Fransheska does not give a fuck. Is the media gonna talk shit about her? No worries, she’ll provoke them. Do mediocre-ass men think they’re better than she is? She knows the truth. It wasn’t always easy to be a woman in urbano – la gente habla, but she was never shy of being who she was. She’s down for this genre and she’s confident of who she is, and all she wants to do is dance. Along with Lisa M, this puertorriqueña was making it happen for women of the genre, and even though they don’t get the shine that their male counterparts do, they were an essential part of the scene and a beacon for young women everywhere, who could look to them for a voice from their own perspective. No importa lo que digan. 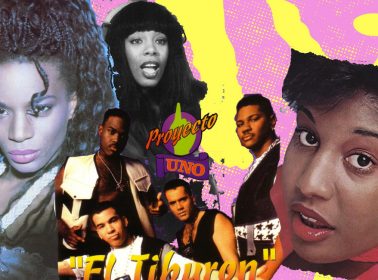 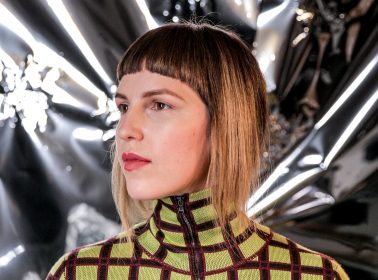