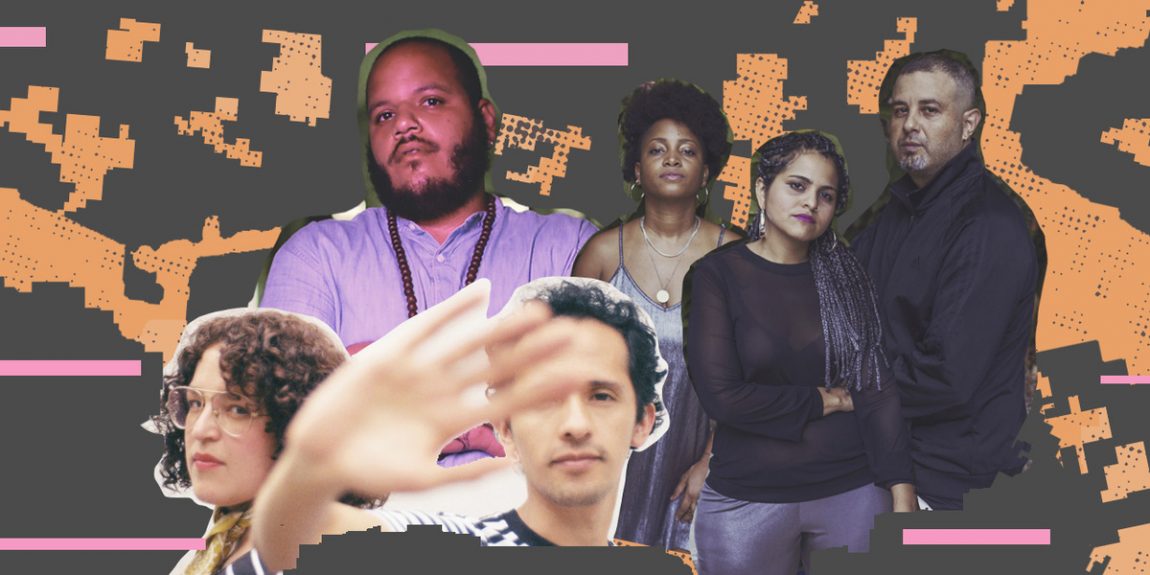 We are living through an era where more music is available to us than ever – whether it be via social media, streaming, or apps. But despite this wealth of options, it can be difficult to cut through the industry hype, the homogenizing algorithms, and find something new and exciting. In our weekly Nuevo Noise playlist, you’ll find some of our favorite releases of the week.

Follow our Nuevo Noise playlists featuring these tracks and more on Apple Music and Spotify.

With the COVID-19 global pandemic still going around the world, songs about isolation are not going to stop coming out any time soon. This lockdown anthem, produced by Frankie Leroux and Gabo Lugo–an important collaboration for the party, the Cultura Profética and International Dub Ambassadors member describes how he misses the beach and hanging outside with that special someone. While the desire to leave home can be a heavy subject at the moment, “Llévame” keeps things light and playful, with Dumont taking turns singing and rapping his lyrics over a calypso-flavored beat that insists on letting yourself go. –Marco Hassan

On the verge of releasing their debut LP this September, Mexico City synthpop duo Sundarbans is capping a year-long string of quirky singles with “Horizonte de las Estrellas,” a delightfully effervescent cover of Miguel Bose’s 1984 classic. Speeding up the tempo, harmonizing perfectly, and stacking the track with everything from acoustic strumming to keytar, the heart-thumping song is yet another glimpse into the real-life couple’s musical love language. –Richard Villegas

Dominican trio Estación Sub_Trópico pay tribute to the late Florian Schneider on their new single, “Synthetaicer.” A clear nod to the music of Kraftwerk, the track slowly builds up and up over a hypnotic techno beat, with an arpeggiated synth line that evolves throughout the song like a narrator and static robotic voices that incessantly repeat the song title. “Synthetaicer” reminds us that Schneider’s influence all over the world is big and lasting. –Cheky

Dominican singer/producer duo Martox continue expanding their musical palette, and they’re now testing the deep-house waters with their single “Verano Pasajero.” The club-ready track is poppy and colorful, and does a great job making us think of this summer that will soon fly by while we’re still at home. But the song is actually steamier than it sounds, conjuring images of a love so passionate you never want it to end. –Cheky

Rolling out like a breath of fresh psychedelic air, LA-based Brasileira Winter has unveiled her brand new LP Endless Space (Between You And I), bursting with lush concoctions of dream pop, fuzzy guitar, and deceptively atmospheric synths. On latest single “Bem No Fundo,” featuring Dinho Almeida of Boogarins, the pair immerse us into an almost aquatic soundscape; a beautiful duet about the risks and rewards of plunging deep into matters of the heart. –Richard Villegas

“Moon Juice,” the latest single by Aalok Bala, is an otherworldly experience to help us find peace during these hard times. Part of her upcoming EP Sacred Mirror, the song features a skeletal beat that floats above the ground. The Chilean-American singer carries most of the weight of the track with her mesmerizing vocals, inviting us to connect with ourselves and our dreams as an act of self-preservation. –Cheky

Negro Leo just dropped his latest album Desejo de Lacrar, and it’s as full of left turns as you would expect from the prolific Carioca artist. “Dança Erradassa” is a jazzy, psychedelic experiment that makes our heads spin with synth string arrangements, organ chords, and intricate drumming–only to let us rest every time the chorus comes, giving us small breaks to dance dizzily to its irresistible groove. –Cheky

One of the cheesiest ways to make a love song is to have the lyrics list all the wonderful qualities the person you like has. In the hands of a lesser songwriter, “Un Gatito” could have easily been that kind of track, but coming from Bilbao’s legendary Ana Fernández Villaverde it becomes a unique warts-and-all song. On “Un Gatito,” Fernández Villaverde describes everything from the person’s addictions and shortcomings to the great stuff, making it much more romantic. Aided by electronic layers and a subdued dance beat courtesy of co-producer Alizzz, the track is a complex yet easy love pop tune. –Marcos Hassan

Sounding like it’s coming out of a cassette that someone had buried deep in a cemetery in the ’80s, 8i8’s nods to goth music are abundant; however, the Chilean project presents us a masterclass in production that rejoices in its lo-fi-ness. “Solo Para Ti” talks about falling for a not-so-easily impressed individual and trying to convince this person that you are perfect for them. The message is delivered with catchy basslines, morbid guitars, and whispered vocals, bringing the traditions of the past with something modern to chew on. –Marcos Hassan

Mexico-based Venezuelan artist Ulises Hadjis gives us two more of the songs he’s been working on over the past several months, including the charming “Gente.” Produced and co-written by Campi, the song is Hadjis’ interpretation of tropical-inspired pop, giving it a unique twist through sound and structure. He sings about seeing the best in people even though knowing everyone is flawed, and it injects our hearts with hope. –Cheky

Punk rock is about saying something like you really mean it in the shortest amount of time possible. Taking their cues from British OG’s Buzzcocks, The Jam, and Stiff Little Fingers, Spain’s Anabel Lee gives us a take of pop punk that differs from what we have been used to hearing in that style and they seize it perfectly with “Enchonchado De Ti,” a song about the difficulties of letting go of a person who is no longer interested in staying. The band captures the balance of frustration, sadness, and anger in the right fashion. –Marcos Hassan

Uruguayan producer Lila Tirando A Violeta announces her upcoming album off of NAAFI’s forward-gazing electronic music label with the surging percussion of “Dry Season.” Throughout, the artist—and at one point, cats—coo and pant unintelligible encouragements. If the vibe is emotionally intense, that may speak to the music’s providence. LTAV completed the Limerencia album while undergoing care at a neurological health facility. –Caitlin Donohue 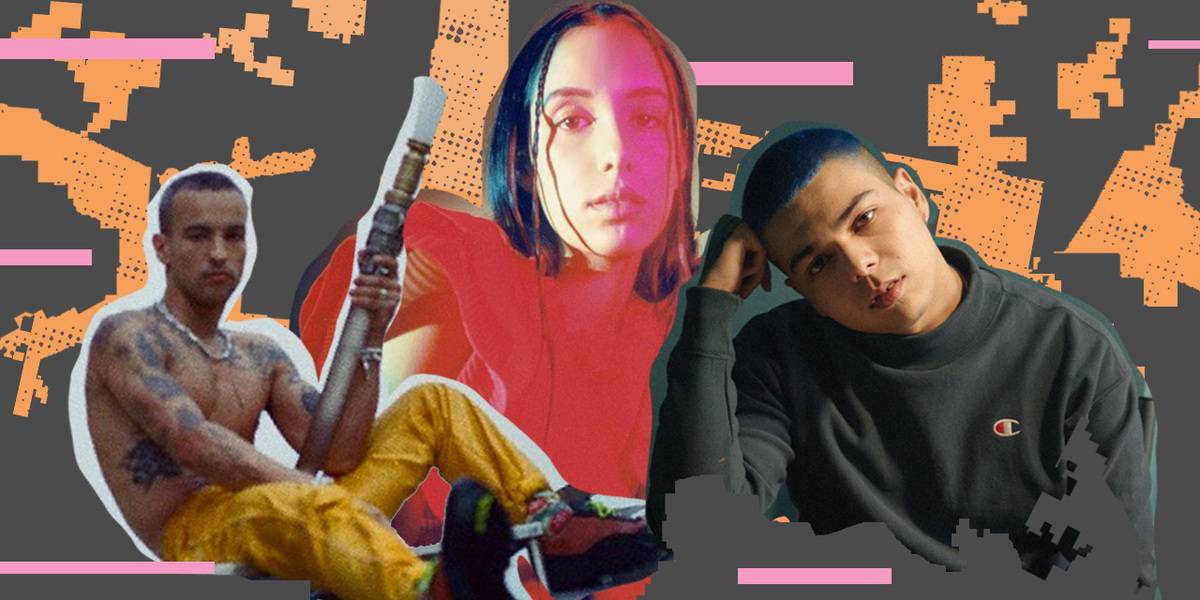 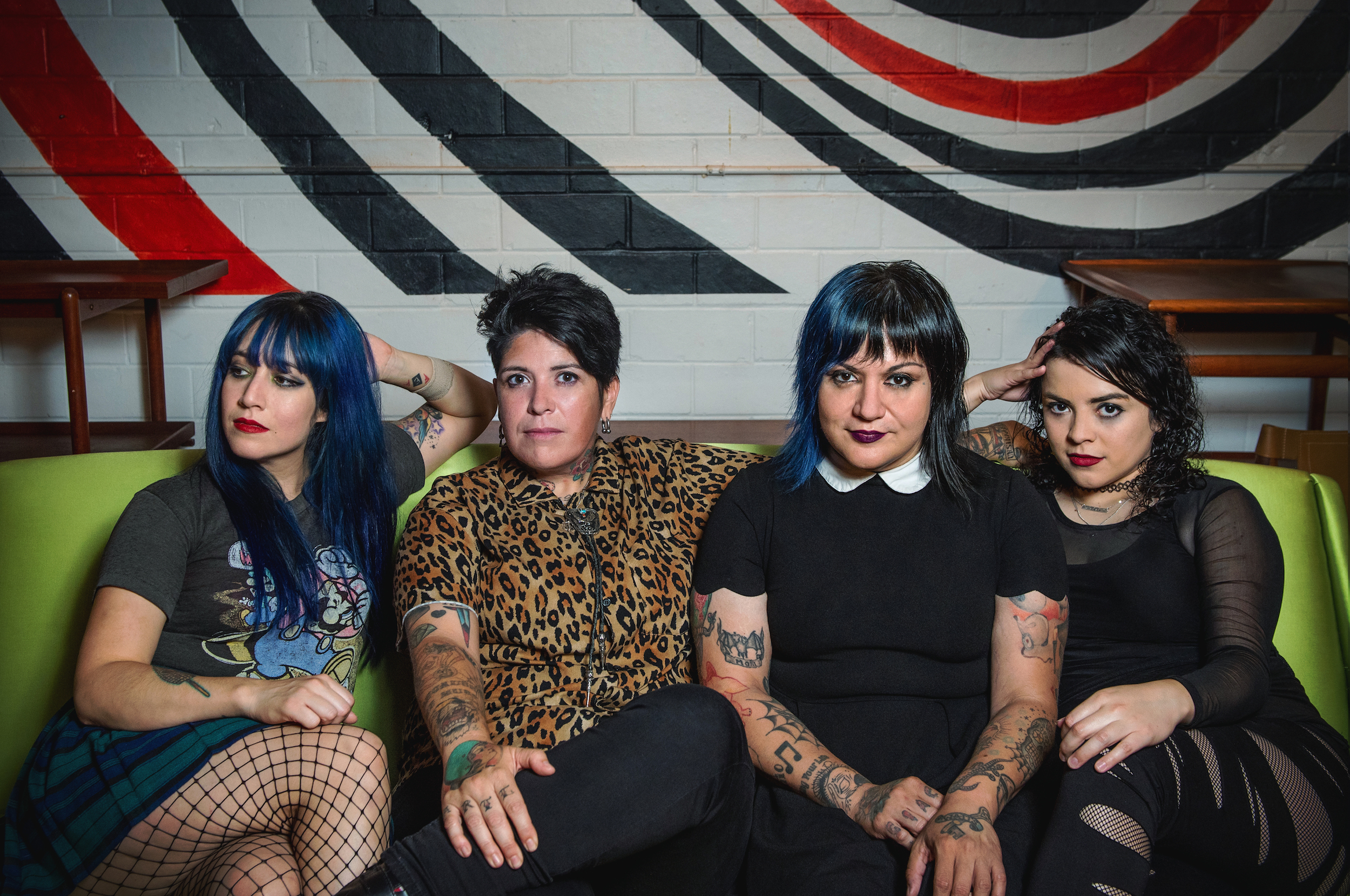 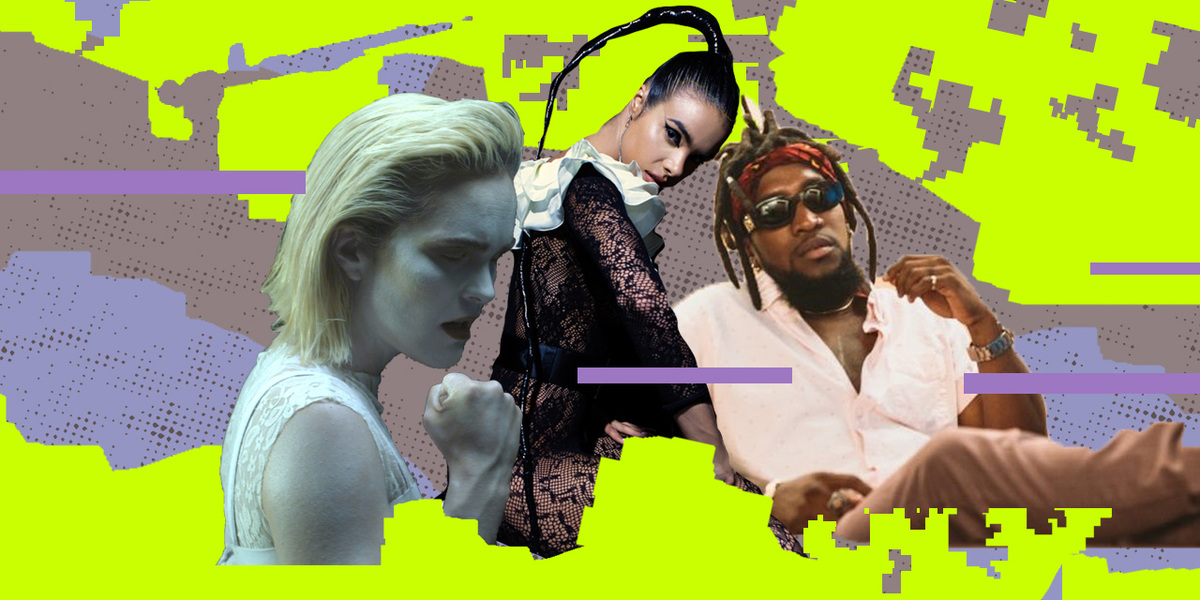 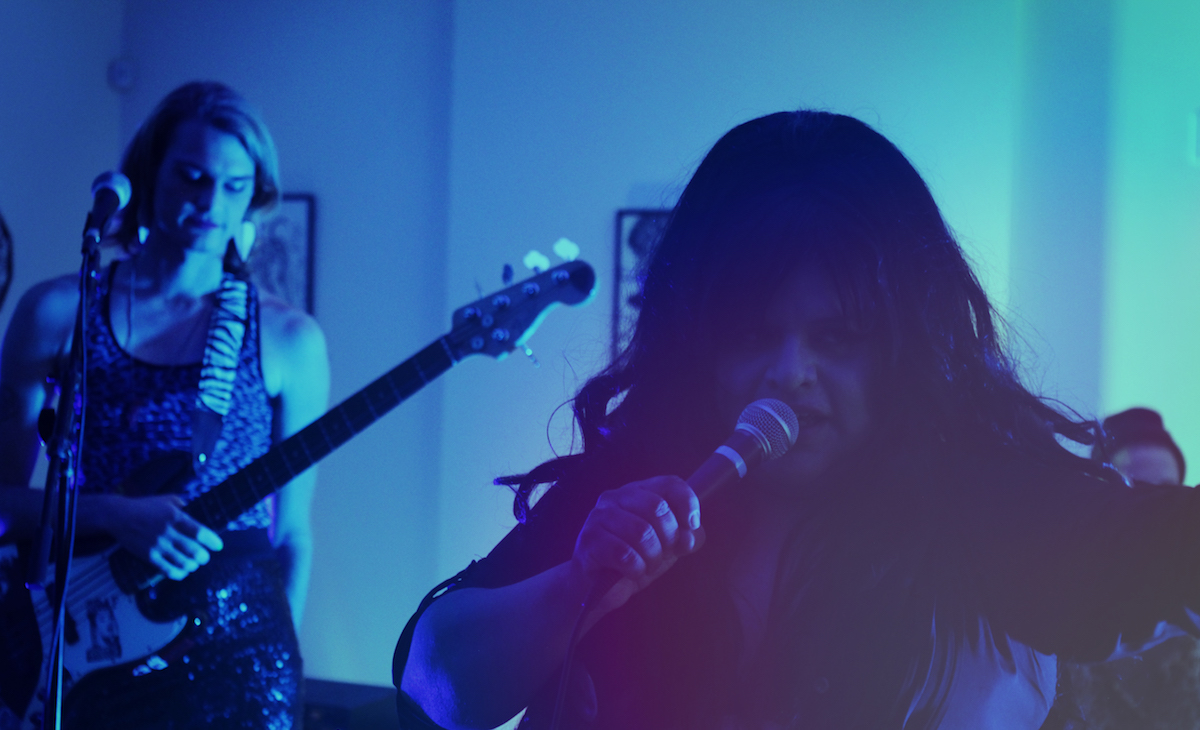 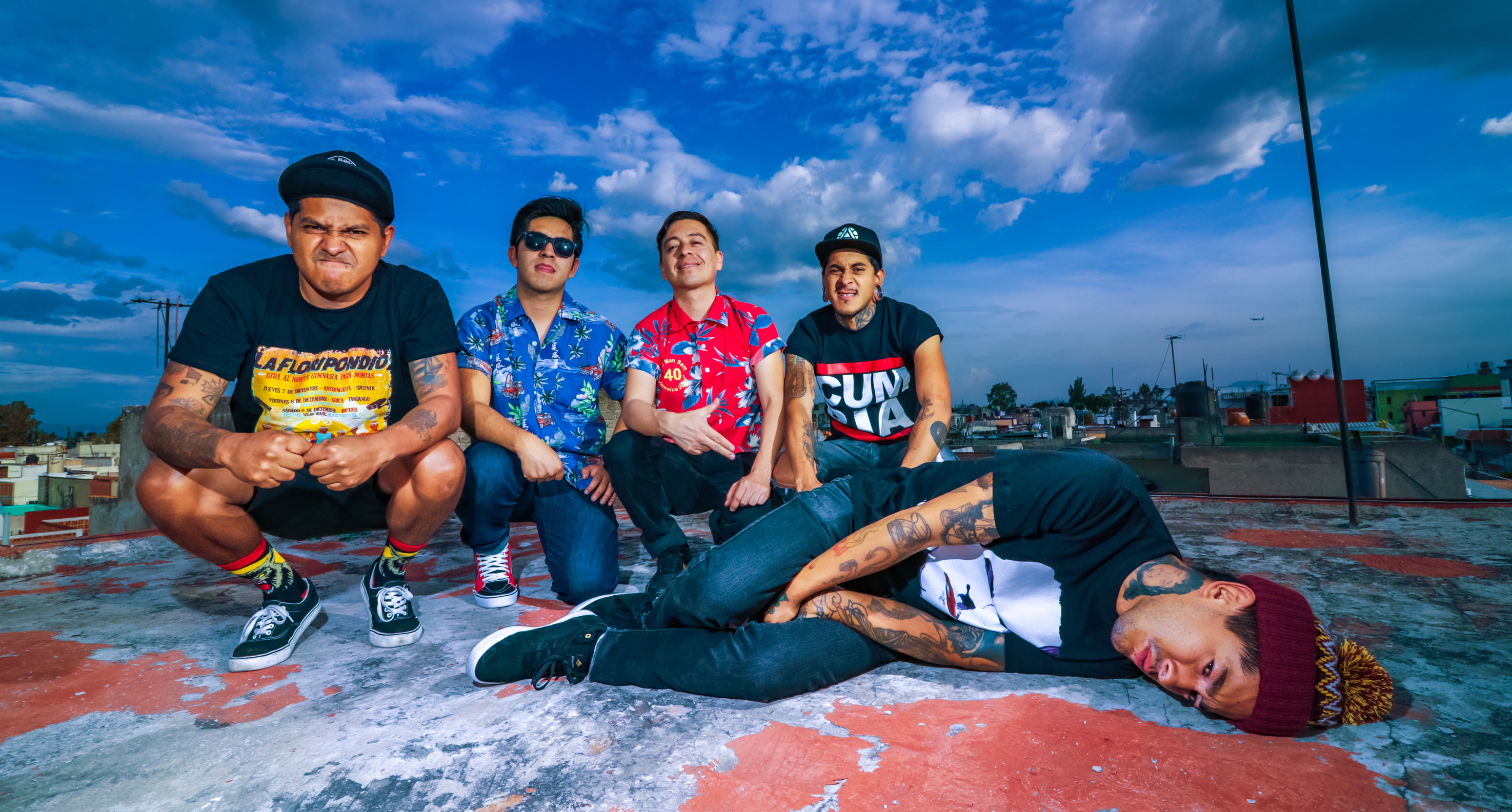 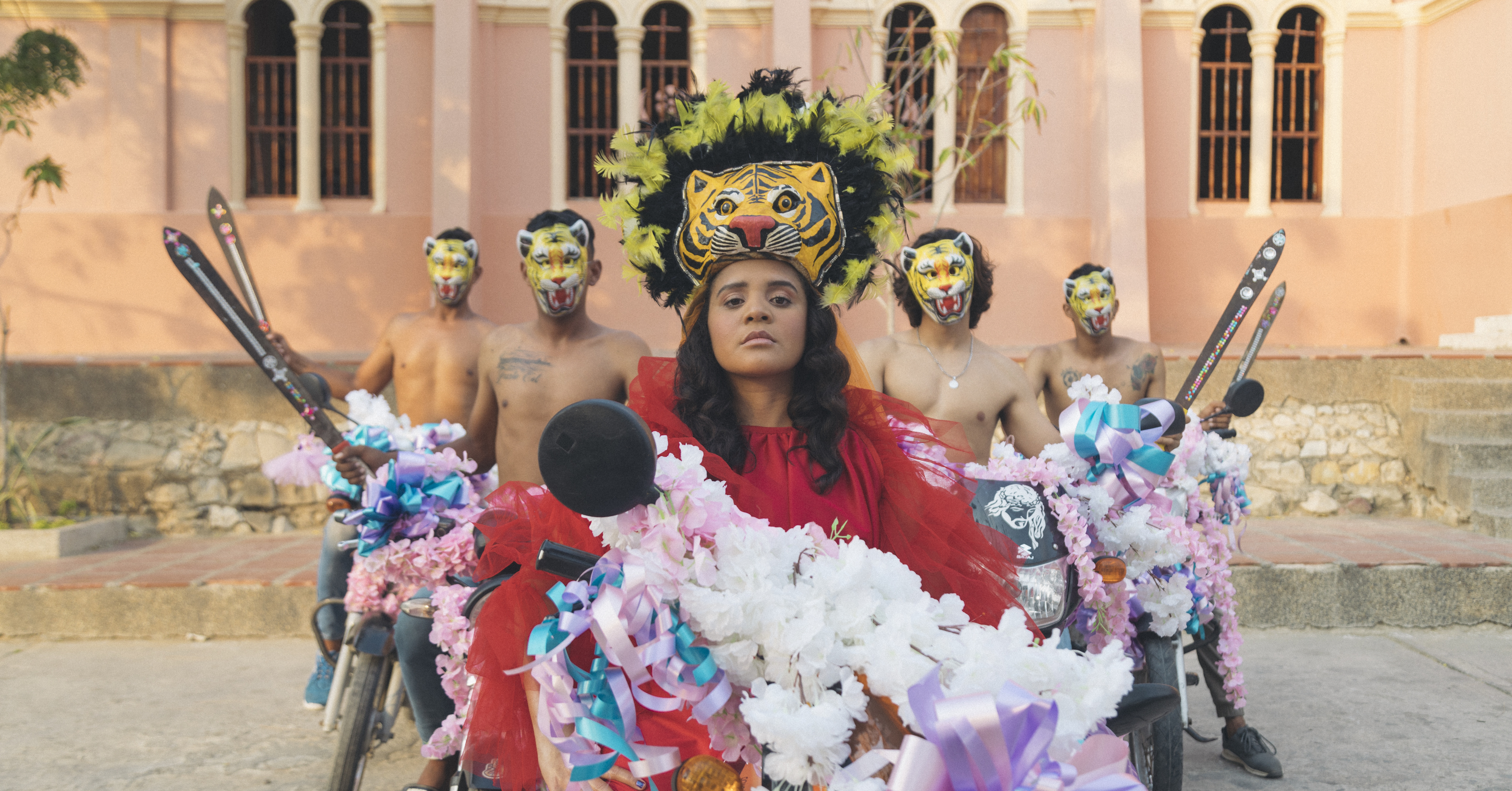