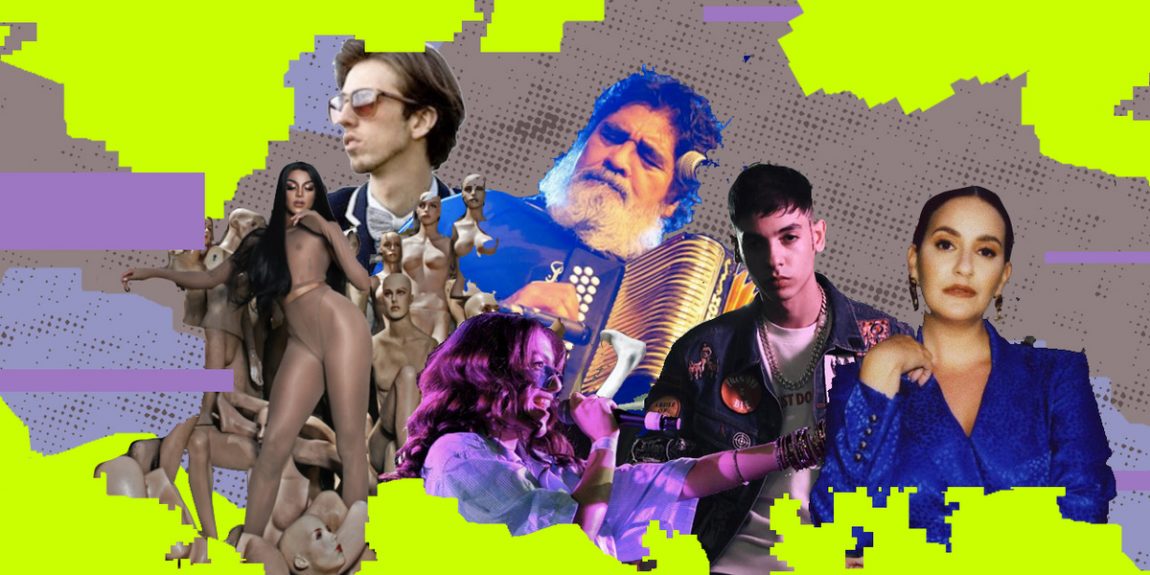 The plucky Mexican reggaeton trio explores a brutally f*cked relationship over a tear jerker of a perreo beat, with a music video that serves a cutting cautionary note when it comes to importance of self love when a partnership goes south. Ms Nina said she was perreando por fuera, llorando por dentro? Here, #MEXASSINPARTYS show they’re perfectly happy to let the tears flow free. -Caitlin Donohue

“Lo Que Soy” is L.A.-based artist MONOGEM’s first song in Spanish, and it finds her using her velvety tone to the fullest. The pop jam talks about constant change, and it has helped the singer embrace her Mexican heritage. “I have vivid memories of my grandmother, Hortensia, speaking to me in Spanish telling me to never forget my roots, never stop speaking, learning and keeping the culture alive,” she says. “This song is for my abuela as much as it is for me.” -Cheky

The droning synths and disco beat might fool you but “Amor Supremo” is at least inspired by John Coltrane’s A Love Supreme; yet it’s just one of the many surprises this Mexican trio has to offer in this highlight of their short career. Propulsive drumming and Moroder-approved electronics keep things frenetic, while lyrics about a generational lament give the track some drama and even more excitement. Experimental music hardly gets this fun and deep in same amounts. -Marcos Hassan

Ricardo Bendeck, an experimental artist from San Salvador, has quietly weaved together psychedelic dream pop that melts together jazz, surf sounds, and causal DIY elements. His latest single, “Chica Fugaz,” is a delightful, upbeat ditty, awash in synths and background whistle notes, that fits neatly into Bendeck’s diverse sonic catalogue so far. Through the track, Bendeck shines a spotlight on the creativity brewing in Central America’s indie scenes. -Julyssa Lopez

The Sinaloense songwriter, singer, and producer spins out a hot and cold seduction song based on bossanova strings and built out with echoing layers of his own undeniably sweet vocal stylings. If the musicianship on this track catches your ear, it’s because what we have here is a pro; Cota attended the Thelonious Monk Institute of Jazz, Berklee College of Music (he got a full scholarship, for the record) and now is the drummer for Donovan Frankenreiter. -Caitlin Donohue

Mexico City has its eyes on this chanteuse, who is building out one of the capital’s most exciting R&B careers, powered by an easily elastic singing range and crack collaborations. Check her promise on “ya mi mamá me dijo que contigo,” part of a two track EP Sainz marked with appearances by producer Wet Baes. On this song, it’s Sainz’s many vocal moods that come through, pensive to celebratory, sliding up and down the scales for a love that is working for her. -Caitlin Donohue

Monterrey’s sailawway has shared her first Spanish-sung single, and it’s beautiful. “Hogar” is a dream-pop number that hits harder than her previous output, and it reminds us of the importance of finding our home inside ourselves, instead of in the places we’re at. Don’t miss its music video, directed by Mauricio G. Rey, which matches the song’s gorgeousness. -Cheky

Opening Francisco y Madero’s new full-length Celia + is “Lupita,” a song that drifts away from the album’s witch-house references and gives us a luminescent reinterpretation of cumbia rebajada. Jesse Sylvester’s voice floats above the pitched-down cumbia samples and bouncy, punctuated guitar plucks, creating the music for a dream Sunday party up in the clouds. -Cheky

Montevideo’s Niña Lobo present a classic power pop setting that combines jangly guitar lines and matter-of-fact vocals to give us a deeply melancholic sentiment in a very simple song package, resulting in music that you can enjoy without much thought. “Decis Que No” is about a relationship where the other person is not sure if they want to be in it or not, but the track itself begs to stay in your headphones thanks to its exquisite melody and sadness. -Marcos Hassan

Back in August, emerging Mexican pop singer-songwriter Georgel linked up with theatrical Colombian star Esteman to pay tribute to Juan Gabriel on the third anniversary of his untimely death. The pair reimagined El Divo’s campy classic “El Noa Noa” into an even glossier anthem of queer liberation, and on a new remix featuring cumbia sensation Raymix and the last studio recording of Celso Piña, the all-star sonic concoction pushes the song’s spirit of jubilation and unity to euphoric new heights. -Richard Villegas

Buzzy Argentine duo Perotá Chingó have released an atmospheric new single titled “Aurora,” soaking up all the sensuality of the tango greats and alchemizing it into a poetic journey of resilience and longing set against a sonic canvas of trip-hop production and chopped up double bass and accordion samples. -Richard Villegas

Teresa Iturrioz and Ibon Errazkin have brought back Single after four years of inactivity with their latest 7” for Elefant titled “El Roce,” and it immediately evokes the acoustic tenderness of their previous project, Le Mans, mixed with their signature electronic ornaments. The song captures the exhilarating joy of being in love once again, as new lovers feel their hearts rejuvenate with each romantic gesture. -Cheky

Chiming guitars open this new offering from up-and-coming Argentine indie rockers Justo Antes De La Guerra Con Los Esquimales, escalating gently into a sad melody that will have you rejoice in your own feelings. The Bernal-based band know a thing or two about writing an amazing chorus that grabs you without being too on the nose and their use of dynamics gives “Mi Era” an epic depth within its pop format. It’s their party and they’ll make you cry if they want to. -Marcos Hassan 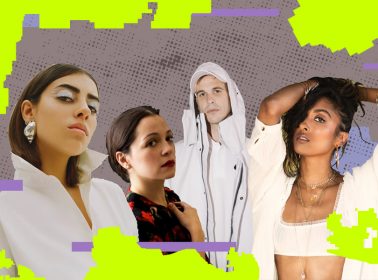 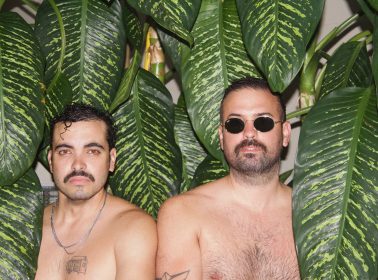 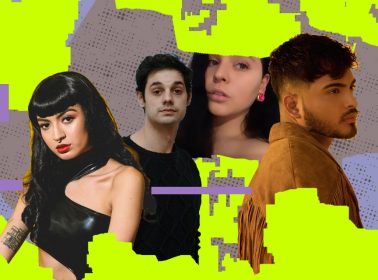 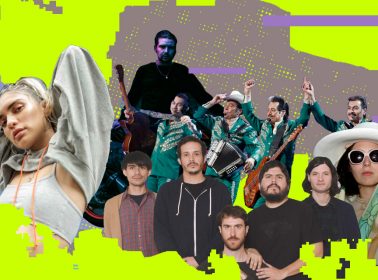 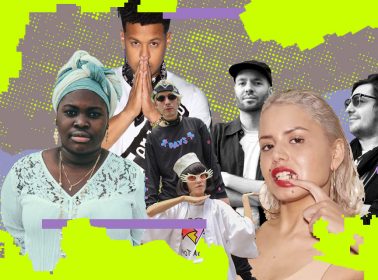 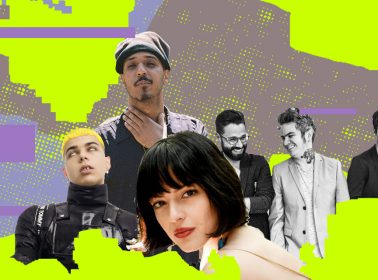 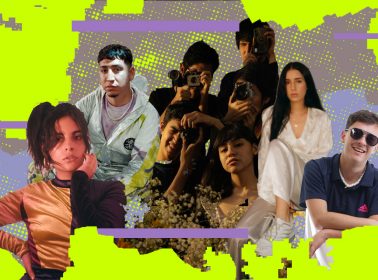 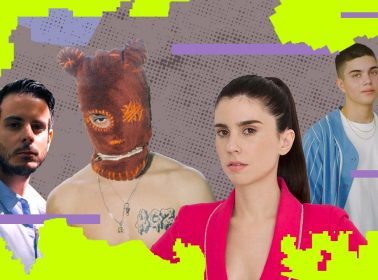