This year marks the 10th anniversary of El Sonido, one of the most iconic shows in Seattle-based radio station and non-profit arts organization KEXP 90.3 FM’s roster. Since first taking the airways and YouTube by storm in 2011, host DJ Chilly has used the KEXP platform to turn the spotlight to Latinx, Latin American, Caribbean and Spanish acts, big and small, through interviews and wildly popular in-studio performances. He’s now joined by co-host and Latin American Content Producer Albina Cabrera, and they’re showing no sign of slowing down anytime soon.

To celebrate this landmark, KEXP is hosting the El Sonido 10th Anniversary Special this Saturday, May 22 at 2pm ET. Chilly and Cabrera will share memories of past sessions and present 13 all-new performances from people like Mula, Triángulo de Amor Bizarro, Javiera Mena, Los Blenders and more, as well as exclusive conversations with the likes of Natalia Lafourcade, Mon Laferte, Kali Uchis and C. Tangana. 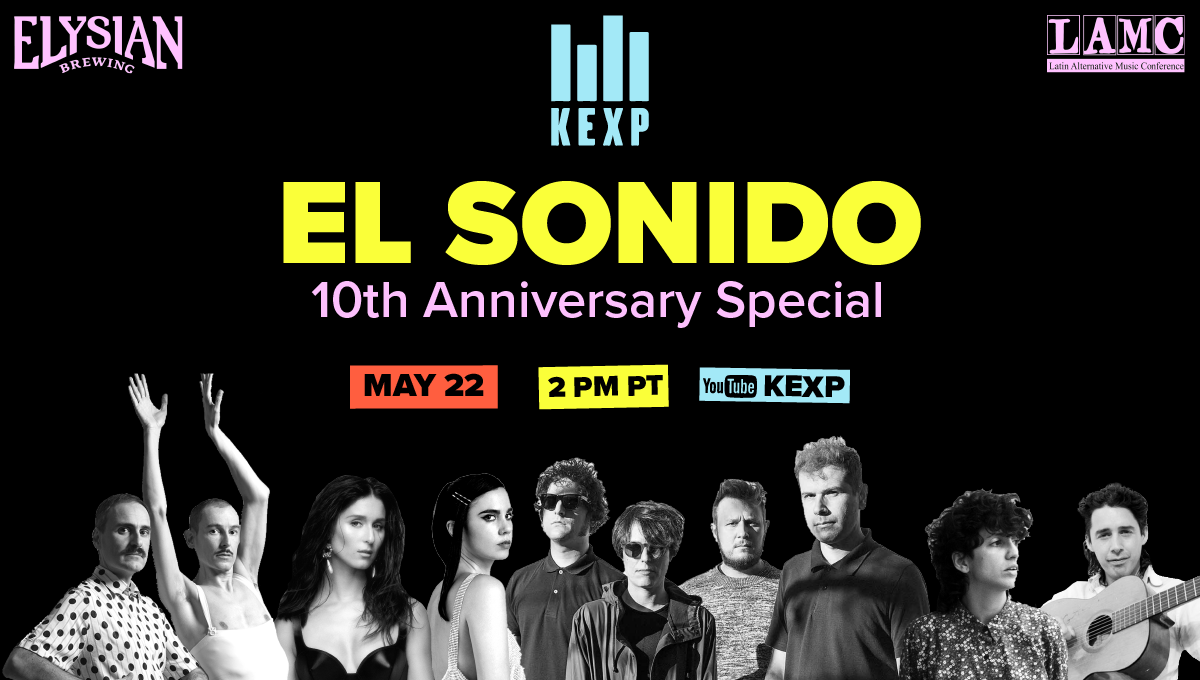 During Festival Nrmal in 2019, El Sonido and Panoram Studios joined forces for a four-day Mexico City takeover. When one of the bands dropped out of the lineup, El Shirota stepped up and gave an intense performance that blew our socks off.

One of the first artists to grace the stage at El Sonido’s gorgeous new studio at the time was Javiera Mena, who ran through beloved jams from her first three albums and was even joined by her backup dancers, making her four-song set a moment to remember.

In 2015, Peruvian band Novalima brought their flavor and passion to El Sonido with an electrifying set full of Afro-Peruvian rhythms and electronic sounds. This is one that makes us jump out of our chair and dance the minute it begins.

Boogarins gave one of the most popular El Sonido performances in 2016. The Brazilian outfit brought every drop of their psych-pop greatness; they take us on a technicolor trip every time we replay it. That’s why they returned to KEXP in 2019 for round 2.

Due to the COVID-19 pandemic, Colombian electronic music producer Ela Minus’ set for El Sonido wasn’t recorded at the KEXP studios. Instead, it was part of the station’s “KEXP at Home” series. Nevertheless, she gave it her all, as she does in every single one of her live performances, taking us to the club with cuts from her debut album, acts of rebellion.