Mullets, Blue Braids, and Rat Tails: These Are the 10 Most Memorable Futbolero Hairstyles 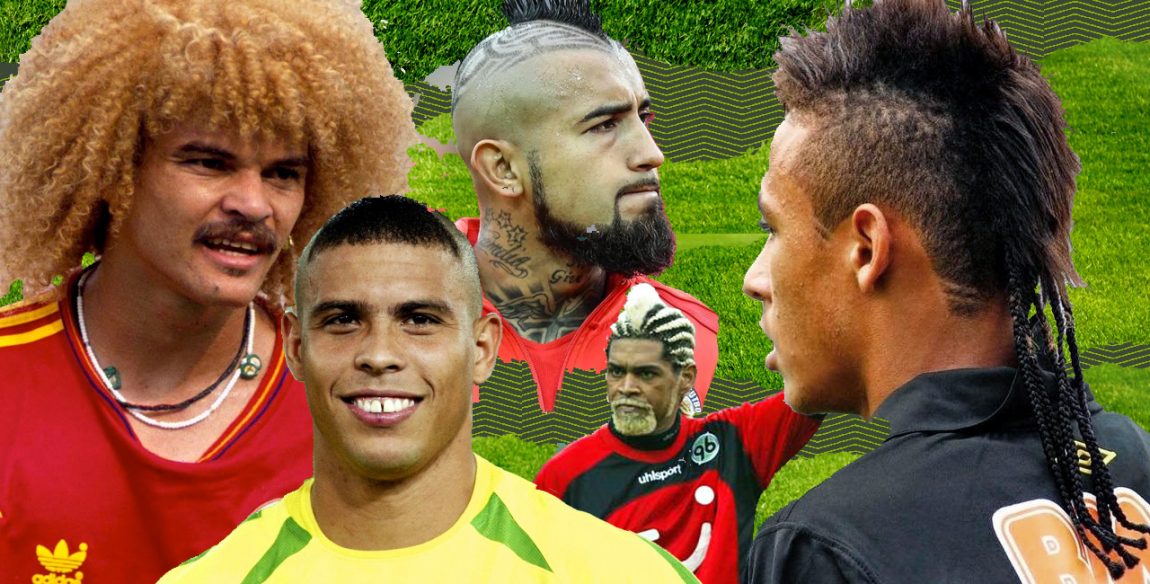 Over the years, soccer players have blessed the futbol world with a litany of outlandish hair styles. Latino players, especially, have always had a flair for unique and outlandish styles, looking to express themselves through their manes. Afros, mullets, braids, rat tails and everything in between: a player’s head becomes a canvas from which to express their individuality. Of course, while some hairstyles are fantastical and legendary, others can go too far in the search for being a part of barber history.

As this soccer season reaches the doldrums of November, we decided to celebrate the players who, for better or worse, have caught our eyes with their memorable ‘dos. From Valderrama to Vagner Love, you don’t have to search far to find Latinos rocking some of the classic hairstyles that remembered for years to come.

You can’t talk about futbolero hair without mentioning the great Carlos Valderrama’s bouncing blonde curls. Valderrama was one of the greatest players in Colombian soccer history, but his skills on the field were often overshadowed by his eye-catching fro. Even today, years after retiring, El Pibe is still rocking the mane of blonde hair.

At first glance, Rodrigo Palacio’s cut seems like your run of the mill buzz cut. Look a bit closer, however, and you’ll find one of the most glorious rat tails ever seen on a soccer pitch. It’s not every day you see a rat tail, period, and one as refined as Palacio’s is a generational event.

My haircut soon when the World Cup begins ⚽️⚽️✌️✌️

Ronaldo came into the 2002 World Cup with Brazil as one of the premier players in the world. Nothing would stop a Ronaldo-led Brazil team from taking the trophy, not even his injured groin. Coming into the tournament, it was the talk of the town. So what did Ronaldo do? He gave himself a, shall we say, unique haircut to change the topic of conversation. Boy, did it work. “My groin was hurting. I was only at 60 percent. So I shaved my head. Everybody was only talking about my injury. When I arrived in training with this haircut, everybody stopped talking about the injury,” said the Brazilian. That’s one way to own the narrative.

Arturo Vidal’s infamous Mohawk had to make an appearance here. The best thing about Vidal’s hawk is that it’s incredibly versatile; the Chilean midfielder seems to switch up the designs that he gets on the side of his head like other players change soccer cleats. Special shoutout to his variety of barbers, who have never left the Bayern Munich midfielder looking anything but fresh.

From the AFA vault: Miguel Herrera WC 94 trading card. Lol nice soccer mullet! A shame we won't see him and his crazy sideline antics at the Confederations Cup Playoff match. Rumor is that he gave a reporter a right cross with whom his sister got into an altercation with.The FMF quickly made the decision to let him go. Might be a bad move so close to the playoff. #afavault Follow American Futbol Alliance

The soccer mullet is one of the sport’s most provocative haircuts, and nobody sported it quite like Miguel Herrera. There was a certain vibrance surrounding his blonde mane that radiated as he ran around the pitch at the 1994 World Cup. The soccer world hasn’t seen a mullet of this quality since, and frankly, it’s about time someone steps up and continues El Piojo’s legacy.

Dani Alves grabbed up a spot on the list thanks to his ridiculous cut from 2015. The Brazilian grew his hair out only to go to the barber and ask him to take all of it off, except for a small patch in the center of his head that resembled a Hershey’s Kiss. Some thought it looked like something else–bathroom humor never goes out of style–but everyone was talking about it, and isn’t that what matters?

This list wouldn’t be complete without Leonardo Cuellar’s glorious afro. The El Tri midfielder took center stage at the 1978 World Cup in Argentina, becoming one of the most recognizable players in the entire tournament. Let’s not ignore his beard, which really completed the bohemian look.

Both the big hair and Levi's should make a return to football. Leonardo Cuellar for Mexico – #Football #Mexico #Levis #Fro #LeonardoCuellar Stolen from @OldSchoolPanini on Twitter

Vagner Love enters this list with the most colorful hairstyle on this entire list. The Brazilian striker, who currently plays in Turkey for Alanyaspor, rocks colored braids on the regular, changing up the color but not the look. Whether royal blue or red, his flair for the vivid makes him one of the most fun players to watch motoring up and down the field.

Barcelona star Neymar spends more than €2000 a month on his hair … pic.twitter.com/wzTZgwO48n

Before Neymar was a household name, he was drawing attention for his burgeoning skills and, perhaps more impressively, for his weird and unbalanced haircuts. Back at Santos, the Brazilian wunderkind created his own hairstyle by combining three already preexisting styles into one; it was something like a fade, mohawk, and mullet all at the same time. For good measure, he’d even braid it in the back sometimes which was an interesting look, to say the least. Since moving to Europe, first at Barcelona and now at PSG, Neymar has toned down his hairstyles somewhat, but we’ll always miss the wild days of his teenage hairstyles. 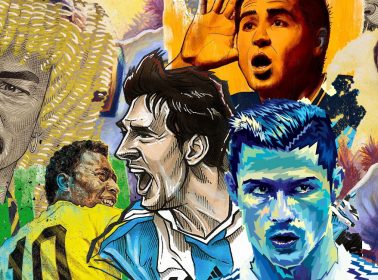 From Messi to Maradona, These Are the Best 53 Pieces of Soccer Fan Art on Instagram 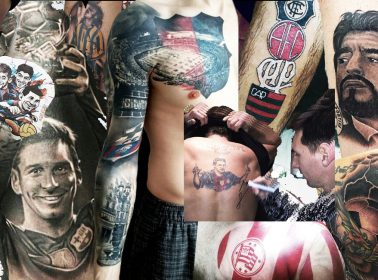 These 30 Tattoos Prove that Soccer Fans Are Extra as Hell 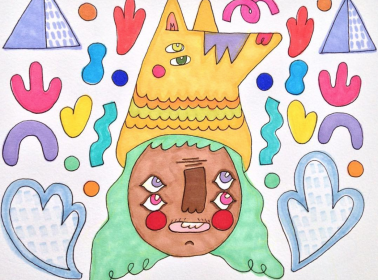