2015 was a heck of a year for Latino MLB players. The list of awards included American League Rookie of the Year (Carlos Correa) and the World Series MVP (Salvador Perez), not to mention key performances from the Kansas City Royals. 2016 should be no different. With renewed diplomatic relations between the U.S. and Cuba leaving Cuban players in limbo, there’s plenty to watch out for this year. Stay tuned as these peloteros’ stories develop during the offseason.

It’s been almost too easy for this Cuban closer to throw flames. While in Cincinnati, Chapman regularly sent the speed gun past the 100 mph mark, taking the cake for fastest fastball in the game. But the question remains: can he do it on the game’s biggest stage? In the last days of 2015, Chapman was traded to the Yankees for several prospects. Now he has to take the spot once filled by a guy named Mariano Rivera.

Every season is Big Papi’s season. During his tenure in Boston, he was as productive and consistent as they come. Now that he has announced that 2016 is his last, expect a farewell tour of epic proportions. It might not reach the level of Derek Jeter’s 2014 goodbye, but all baseball fans should miss him. That’s even the case for Yankees fans, who will get a last look at him in September, unless the Red Sox bounce back to the playoffs and give one of the most clutch players in recent memory one last postseason. It’ll be the icing on the cake for a Hall of Fame caliber career.

Of all the MLB free agents out there, only Zack Greinke had a better 2015 than Yoenis Cespedes. His midseason trade to the Mets proved to be the spark that took the other NYC franchise all the way to the World Series. The Cuban veteran knows it, and now he’s waiting to cash in. We don’t yet know which team will be his final landing spot, but the White Sox and Orioles seem like the most probable places. You can bet that the contract will be long and bulky.

But Cespedes won’t just be one of the biggest offseason stories. He’ll certainly do some damage once he finally puts a uniform on, no matter its colors.

It will be very hard for this Astros star to emulate his first season. After being called up in June, Correa went as far as earning the American Leauge Rookie of the Year Award at only 21. He batted .282 and 19 homers as shortstop, an essentially defensive position. Can he do it again when all eyes are watching and opposing pitchers have the full scouting report?

His work ethic and maturity are still drawing Jeter comparisons. As a bilingual star on one of baseball’s rising teams, he is a marketer’s dream. You will see a lot of this guy in 2016, and we bet it will be worth it.

Lazaro Armenteros doesn’t work for a team – yet. At just 16 years old, Armenteros, a 6-2”, 205-pound human machine, is the next big Cuban star. He’s already defected from the island and established residency in Haiti, in order to hear the call of teams and scouts. He might not even play a single inning this season, but he’s already a big offseason story. His impact on the diamond will be felt sooner than later, as our own Esteban Randel pointed out last month. Write his name down; you’ll be calling him Lazarito any day now.

Baseball as a Contact Sport: A Dirty Slide and the Unwritten Rules of the National Pastime 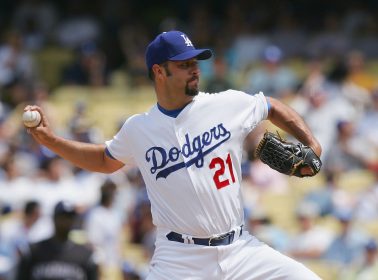 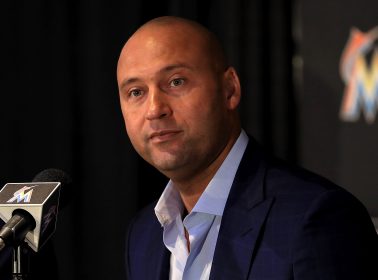