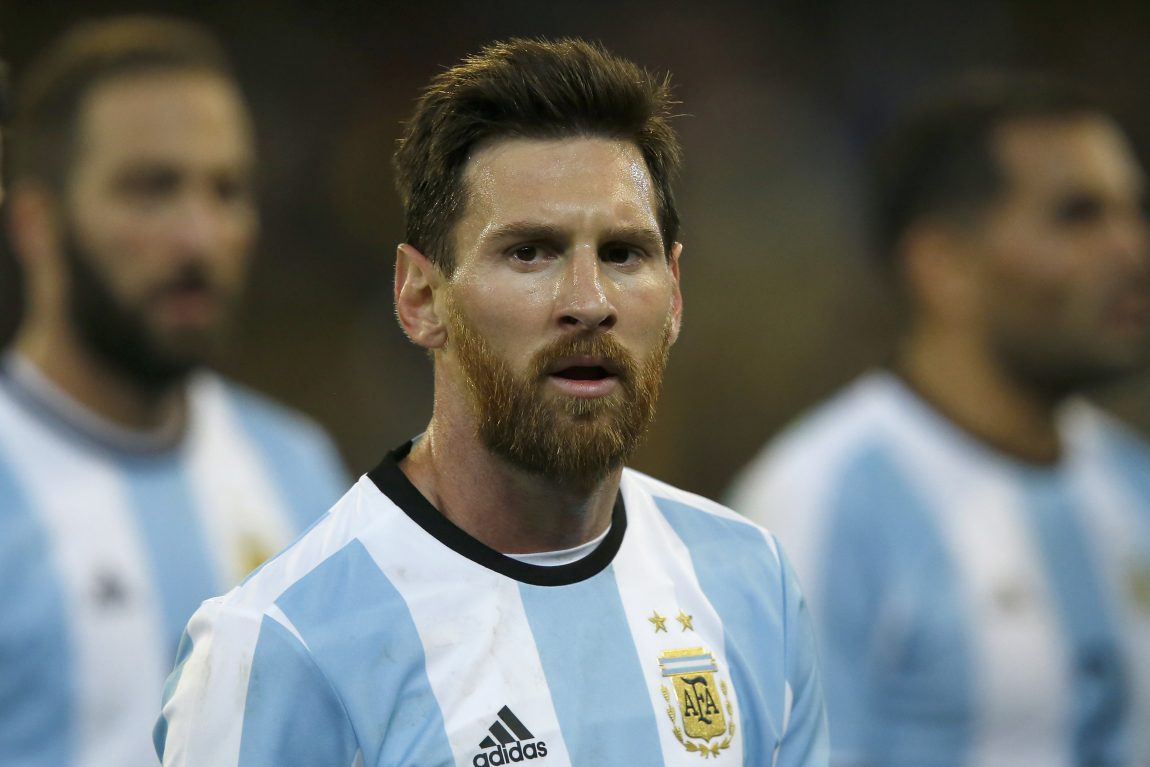 It is crunch time in World Cup Qualifying: 90 minutes stand between a handful of teams and a ticket to the Russia 2018 World Cup, but those 90 minutes can also precede elimination, heartbreak, and the gut-wrenching pain of missing out. In Europe, Iceland was the latest country to ensure its qualification with a 2-0 win against Kosovo. The island of 300,000 inhabitants will debut at the finals as the smallest country ever to make it to the tournament. Who can forget its barnstorming thunder-clap campaign at Euro 2016, when Iceland reached the quarter-finals, eliminating England en route? Those are the moments that make the grueling qualifying campaigns worth it.

In South America, that campaign is also going down to the wire. Brazil has long booked its ticket to Russia and Uruguay is, bar a national nightmare, also in safe waters, which leaves five teams vying for 2.5 slots  (two automatic places plus the playoff slot against New Zealand) with the final round of matches coming up. Peru, Colombia, Argentina, Chile, and Paraguay are all within a shout of booking a ticket to the World Cup, but only 3 will end Tuesday on a high note.

Up north, the story is quite similar. After the dramatic scenes in San Jose, where Kendall Waston cemented his place in Costa Rican lore by heading his country to Russia in the sixth minute of extra time, the last 1.5 slots boil down to the United States, Honduras, and Panama battling it out in the hexagonal. One team will punch a direct ticket to Russia, one will have a two-match date with Australia, and one will be left wondering what could have been. A dejected Lionel Messi reacts after being defeated by Germany 1-0 in extra time during the 2014 FIFA World Cup Brazil Final. Photo by Matthias Hangst/Getty Images

Time is running out for Lionel Messi and Argentina. Will this be Messi’s last game in the shirt of the Albiceleste? Back in 2016, the Barcelona star retired from the national team following another agonizing Copa America defeat to Chile. Messi was dejected with a deja vu too many, but made a U-turn later. His reintegration in Argentina has been problematic, with the everlasting conundrum popping up again: how does one fit in his genius?

Messi spearheads the front line, but for all its attacking riches in Sergio Agüero, Gonzalo Higuaín, and Paulo Dybala, Argentina has scored just sixteen goals in this World Cup campaign. The recent appointment of Jorge Sampaoli has done little to bolster that tally, and now Argentina needs pragmatism and a sensible approach to push the team over the finish line. Sampaoli’s high-octane and gung-ho style of play may become a liability.

At the altitude of 9,350 feet in the Ecuadorian capital of Quito, Argentina could freeze. The Argentineans detest playing at altitude. The majority of South American teams do, as the conditions are tough for unacclimatized visitors (to hear Neymar tell it, they are inhumane). The lower oxygen level in the air makes breathing difficult, and playing a normal game impossible. Argentina generally suffers in Quito, but a win will suffice to book that much coveted ticket to the playoff spot, where the Albiceleste would be heavily favored against the Kiwis of New Zealand. Chile needs to win, or at least draw, to secure the play-off spot at minimum. It’s the most daunting task in world soccer: going to Brazil and getting a result is nigh impossible. The Brazilians have never lost a World Cup qualifier on home soil and, under new coach Tite, Brazil has become a dynamic and modern soccer nation once again, moving away from the anachronistic ideas of his predecessors Carlos Dunga and Luiz Felipe Scolari. They have cruised through the qualifiers in imperious form, and have regained their offensive confidence with starlets Neymar and Gabriel Jesus gelling up front.

To up the degree of difficulty, Chile will miss midfielder Arturo Vidal, who is suspended, and Charles Aranguiz, who is injured. The Chileans began their campaign with a 2-0 win over Brazil in Santiago. It was a vintage moment for La Roja, who were finally the kings of South America, following their back-to-back Copa America wins by defeating one of their nemeses in the region. However, a reverse scoreline in Sao Paulo on Tuesday could spell the end of Chile’s golden generation.

Alexis, Vidal, Medel, and the rest of Chile’s vaunted squad came up through the ranks ten years ago, when they played at the 2007 U-20 World Cup. Under Marcelo Bielsa, they formed a tight-knit group at the senior level; the Argentinean maverick coach gave Chile what it had been craving for, a distinct identity. They took the 2010 and 2014 World Cups by storm, delighting with flux and finicky soccer, but both times, Brazil dashed their dreams. That may be the case again on Tuesday night.

Venezuela is the bottom team in the South American qualifying table, so this should be straightforward for the Paraguayans. However, Venezuela may prove a banana skin; La Vinotinto recently excelled in the U-20 World Cup, reaching the final in South Korea. They are building for the future and recent results have been impressive.

And oh, Paraguay are poor at home. It’s a team with great resilience–remember Jose Chilavert and co at the 1998 World Cup in France–but that stems from their legendary deep defending, which allows for quick breakaways. In Asunción, that however becomes a problematic blueprint: they aren’t afforded that space. They need to pass the ball around and it becomes an awkward exercise of Paraguay. That being said, a win here could make Argentina and Chile feel the heat. Peru’s players pose for a photo before a match between Brazil and Peru as part of 2018 FIFA World Cup Russia Qualifiers. Photo by Buda Mendes/Getty Images

Peru is on the brink of qualifying for its first World Cup since 1982, but Colombia is the last hurdle to take. The Peruvians have evolved under coach Ricardo Gareca, who has stuck with the next generation of players. Gareca has never enjoyed big successes, but his journey with Peru may well turn into his career’s zenith. Peru has a reputation for fluffing its line in the hour of need, and so it’s going to be a 90 minutes ripe with tension and anxiety in Lima. The winner will take it all.

Trinidad & Tobago vs. the United States Christian Pulisic is helped up by teammate Graham Zusi after a foul against Costa Rica during the FIFA 2018 World Cup Qualifier on September 1, 2017. Photo by Mike Lawrie/Getty Images

It’s the final obstacle for USMNT coach Bruce Arena and his charges. The Red, White, and Blue are on the road in Couva, in the same country where Paul Caligiuri scored that wonder goal that was the start of American soccer’s growth. This time they will encounter the bottom-placed Socca Warriors and a waterlogged pitch at the Ato Boldon Stadium. The USA is very much in the driving seat to seal qualification after a thumping 4-0 win against Panama, as Arena did a good job of steadying the ship after a tumultuous and turbulent qualifying campaign.

A draw will also suffice for the USA, with Honduras and Panama both having to make up enormous goal differences to knock the Americans out of even the playoff spot. A defeat would be  disastrous for the Stars and Stripes, but only if both Panama and Honduras win their games Costa Rica and Mexico respectively. Things should be ok for the United States, but stranger things have happened in qualifying… 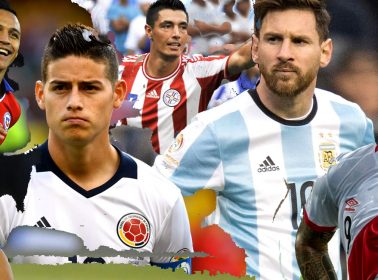 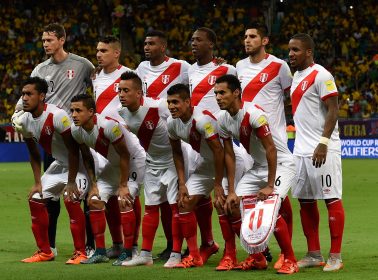 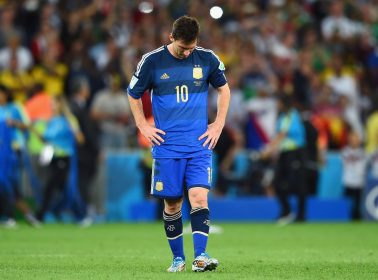 Argentina and Messi May Not Qualify For the World Cup, Which Would Be Extremely Not Great