“FIFA is a corrupt organisation and the right question is – what do you do with a corrupt organisation? You put them in jail.” For years Andrew Jennings, the British investigative reporter, wrote and shouted about Zurich’s ‘crooked old men,’ who wheeled and dealed with impunity. Well, this month, finally, the FIFA mob came from Switzerland all the way into a Brooklyn courtroom.

The first days of the FIFA trial have peeled back the curtain on a system of patronage, pork-barrel politics, and bribes that fed the world soccer culture for decades and came to define modern football officialdom as personified by the defendants Jose Maria Marin, Juan Angel Napout and Manuel Burga; once soccer royalty, with a gangster disdain and an impervious haughtiness. They have been accused of partaking in a 24-year scheme involving at least $150 million in bribes in exchange for lucrative broadcasting and hosting rights for major soccer tournaments. The FIFA overlords, who were deemed untouchable for so long, have been reduced to ordinary defendants.

Here is all you need to know about the trial, which is expected to last another  five weeks, as prosecutors call dozens of witnesses to testify and present 350,000 pages of evidence against the biggest organization in sports today.

Who is on trial? Jose Maria Marin, president of the Brazilian football confederation attends a press conference to announce the proposed host cities for football matches for the 2016 Rio Olympics on February 12, 2015. Photo by Buda Mendes/Getty Images

Why are they on trial? On a cold December afternoon in 2010, FIFA’s great empire began to collapse, when Sepp Blatter and his FIFA Executive Committee awarded the 2022 World Cup to tiny, gas-rich Qatar in front of a global TV audience. That cataclysmic moment allowed FIFA’s gilded bubble to be pierced by the FBI.

Chuck Blazer, soccer’s leading mobility scooter, turned against FIFA and became an informant, leading to the infamous, early dawn FIFA arrests at Zurich’s swanky Baur au Lac hotel in May 2015. Loretta Lynch, the US attorney general, accused the soccer autocrats of “the World Cup of Fraud.” She said that the FIFA officials had allegedly run a “rampant, systemic and deep-rooted’ scheme to ‘acquire millions of dollars in bribes and kickbacks.”

Ultimately, the FBI evisceration of FIFA HQ toppled the regime of Blatter, but, for all of the inexorable conveyor belt of scandals, the US’ cleansing of putrid soccer officials was but vengeance for the US missing out on the hosting rights for the 2022 World Cup. In the last voting round, Qatar defeated the American bid, led by Sunil Gulati and Bill Clinton.

WTF has happened so far?

Plenty. FIFA, after all, has a reputation to live up to. “There is a lot of money in football, and a lot of bad men in the business,” said Alejandro Burzaco, the  star witness for the prosecution.

The former head of the Argentine sports marketing company Torneos y Competencias alleged that the late Julio Grondona, a former senior vice-president at FIFA, had taken $1 million in bribes to vote for Qatar. He named broadcast executive Jorge Delhon as an intermediary. Delhon was found dead a few hours later by a railway siding in the Argentinean capital, with local police considering it a suicide.

Burzaco, a former banker, also asserted that leading broadcasters Fox Sports in the US, Mediapro in Spain, Televisa in Mexico, and Globo in Brazil were implicated in bribing soccer officials; Fox didn’t comment and Globo has denied any wrongdoing. The star witness claimed that Globo paid $15 million in bribes for the broadcasting rights of the 2026 and 2030 World Cup.

Following the revelation of Televisa’s name in the New York, Adolfo Lagos Espinosa, a vice-president at Televisa, was shot dead in Mexico City. It remains unclear if the killing was related to the proceedings in Brooklyn.

Who is evading justice right now? Jack Warner, Del Nero, and Ricardo Teixeira are all fighting extradition to the US, while Paraguay has authorized the extradition Nicolas Leoz, the CONMEBOL  president from 1986 to 2013; the legal team of the 89-year-old will seek to stall the attempt. Prosecutors believe Leoz was one of the masterminds behind the vast corruption scheme in CONMEBOL, along with Brazilians Joaõ Havelange and Teixeira, as well as Argentina’s Julio Grondona. The trial has repeatedly shed a bad light again on Qatar, the hosts of the 2022 World Cup, but the Qatari won’t relinquish their tournament, the focal point of blockade in the Gulf and widespread human rights accusations. Hassan Al Thawadi, Qatar’s most senior World Cup official, said the country has nothing to fear from the ongoing court proceedings in New York. “It is all hearsay and there is no evidence,” said Al Thawadi. “We are confident in the integrity of our bid.”

In Zurich, FIFA president Gianni Infantino claims to be a reformer for the organisation, but his praxis has been Blatter-esque, his attitude one of a power junkie, desperate for re-election in 2019. Infantino has already delivered on his manifesto of bread and games—money in FIFA parlance—and in the process harmed the sanctity of the World Cup by expanding FIFA’s prime asset and its golden goose to a mammoth 48-team format. Tangible reform is far away, unless the Brooklyn courts spark the fire of real change. 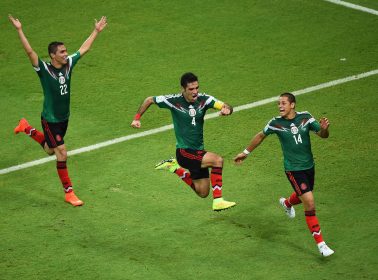 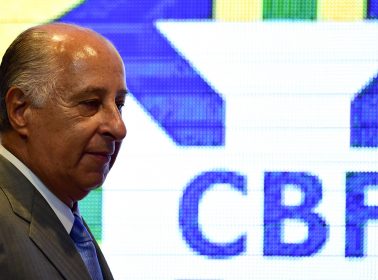 Brazil's Soccer President Might Miss the 2018 World Cup, Because FIFA's Got Him Shook 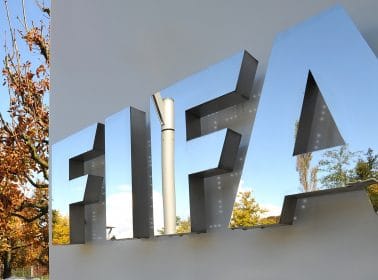