As He Prepares to Leave the Club, Check Out James Rodríguez’s 5 Best Real Madrid Goals 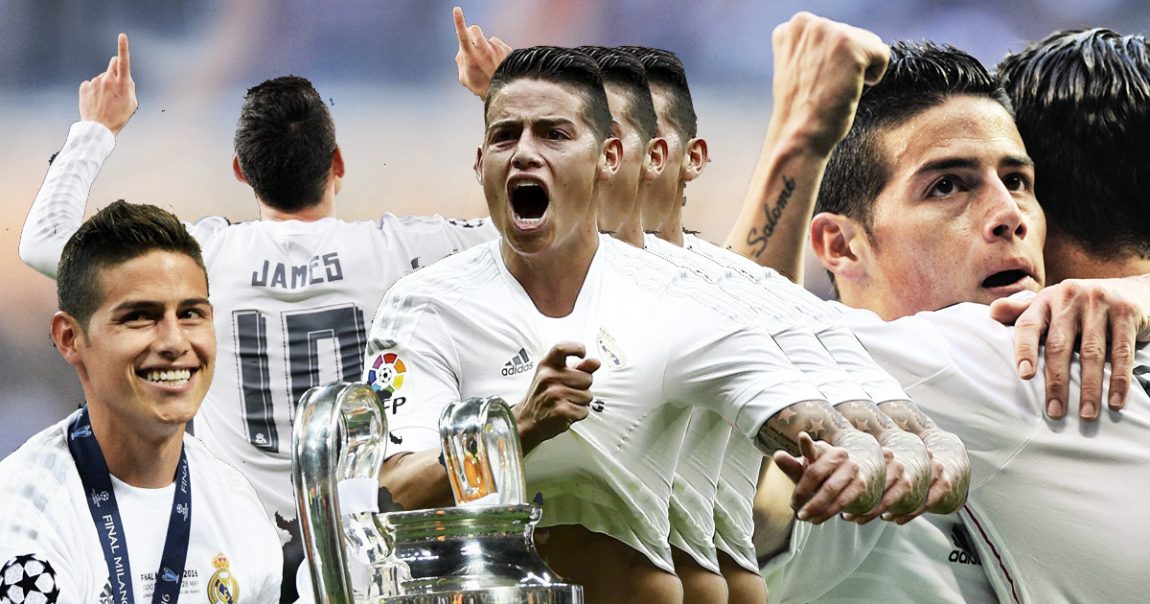 Coming off of the back of his star turn at the 2014 World Cup-where he led all scorers with 6 goals-Colombian megastar James Rodríguez was expected to be the next great Real Madrid signing, one who would help the merengues get back on top of their hated rivals, FC Barcelona. And while James’s time at the Bernabeu did coincide with three Champions League titles, including back-to-back trophies in 2016 and 2017, it’s fair to say that his tenure in the all-whites of the Spanish capital left a lot to be desired. Partly due to never finding the right position and partly due to unlucky injuries, the cafetero will probably leave Real this summer for foreign shores, and his three-year stay in Spain will be looked back on as a big “What If?” in the long journey of his career.

All that being said, James did have his moments at Real Madrid. As an extremely attacking midfielder who was often deployed on the wing, goals came easy for the Number 10: 36 of them in 110 appearances across all competitions. While some were routine tap-ins and headers, as is the Real Madrid way, some were stunning in their complexity and sheer skill, proving that his wondergoal in Brazil 2014 was only the beginning of his streak of strikes that would leave any observers breathless.

We’ve compiled the cream of the crop from his time at Real Madrid, narrowing the 36 down to his very best 5. From an audacious flick-volley-overhead kick to what should have been a title-clinching equalizer against Barcelona, James’ legacy as a second-wave Galactico will be remembered for moments like these five examples of individual brilliance.

You never forget your first, and James’s first La Liga goal was both a beauty and a perfect representation of the ruthless left-footed shots that would come to represent his tenure at Real Madrid. Not the most complex of goals, and surely the Deportivo defense gave him too much room, but to control the ball and then blast it far post with an out-curler is nothing short of world class. You’d be forgiven for thinking James was about to become the best player in the world while wearing the all-whites.

It’s a shame that Cristiano Ronaldo dominates the free kick attempts at Real Madrid, because James has an incredible technique for set pieces. During an early season match against Real Betis, he showed that he can not only go near post, as most free kick takers do, but that he possess the power and accuracy to sneak by a goalie on the far post. He would go on to score another goal, one that ranks higher on this list, because for one day, James was a fireball on the pitch.

While not his last goal for Real Madrid, this stunning first-time blast was certainly his last important goal for the club, and it was almost the most important goal of the season. Down 2-1 with 10 men at home against a surging Barcelona, James slipped in behind the Catalan defense and slotted in a Marcelo pass, seemingly preserving a point for his club and, in all likelihood, the La Liga title. Of course, it was not to be on that day, as Lionel Messi did what Lionel Messi does, winning the game with the last kick of the afternoon.

Real would go on to win La Liga anyway, however, which makes it even more disappointing that this James goal wasn’t the one to give them the title.

James is, without a doubt, one of the best volley strikers in the world. The concentration required to pluck a ball out of the air and slot it home is nothing short of superhuman, and in the last days of his second season at Real Madrid, James showed that he possess that skill in bunches. Not only is this a volley of ultimate precision, but the sheer distance raises this above similar goals he would go on to score at the club. The run-up, the adjustment, and the strike are all perfect, and unlike a lot of other goals in his Real tenure, this one came when the club needed it: during a 0-0 draw.

In the same game as the wonderful free kick that took the #5 slot came James’ best goal while playing for Real Madrid. It seems that great things happen when the Colombian uses his body to lob a ball to himself, as he took a note from his World Cup classic and upped the difficulty by flicking the ball up, then bicycle kicking it over his head and into the Betis goal. Simple, clean, and completely mesmerizing, even from such short range. James may not have been the superstar Real wanted, but on August 29, 2015, he sure played like it. 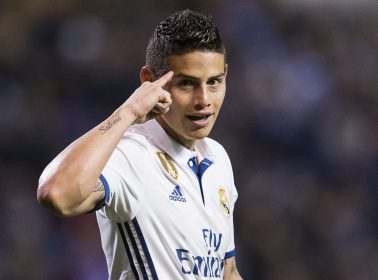