It’s almost official: following a somber statement by Barcelona, it sure appears that Neymar will leave the Catalan side and sign for Paris Saint-Germain, possibly as early as this week. All reports seem to back up Barcelona’s statement, which says that Neymar will have to activate his buyout clause of 222 million euros (roughly $263 million). This will make the 25-year-old Brazilian the most expensive transfer in soccer history (and by some margin: the current record is Paul Pogba’s $125 million move to Manchester United from last summer).

To say this is shocking undersells the magnitude of the transfer; the third-best player in the world does not swap teams unless they’re going to Barcelona (or Real Madrid). What PSG have accomplished here, fairly or not, is a generation-defining coup, one that happened to become available at the perfect time for the Ligue 1 side. No longer will they be looking for a way to defeat Monaco and take back the crown of France’s best team; now, they are gunning for Europe’s top clubs, and they are doing it with ridiculous amounts of money.

As for Neymar, reports emerged last month that he wanted to leave Barcelona not due to anger or for a better club; he just wanted more money and more personal shine. He will likely get both of those things at PSG: the money is a certainty, as he will undoubtedly become the highest-paid player in the world shortly, while the shine depends on how he adapts to leading his own team without the once-in-a-lifetime safety net that is Lionel Messi. Though the two are reportedly close friends, Neymar wanted to become the focal point not just on the field but in the club’s heart, something that will happen in Paris. If his goal is to win the Ballon d’Or over Messi and Cristiano Ronaldo, this is a logical step. Now comes the hard part, however: he must not only adapt but thrive, and bring home either the Champions League or the World Cup trophy to even be considered; both would be ideal.

The implications of this transfer will hit every major club in Europe, and a handful of national teams, but the main three entities affected by the deal are Barcelona, PSG, and, surprisingly, Brazil. We took a look at what Neymar’s exit to France will do for three of the world’s biggest soccer brands. 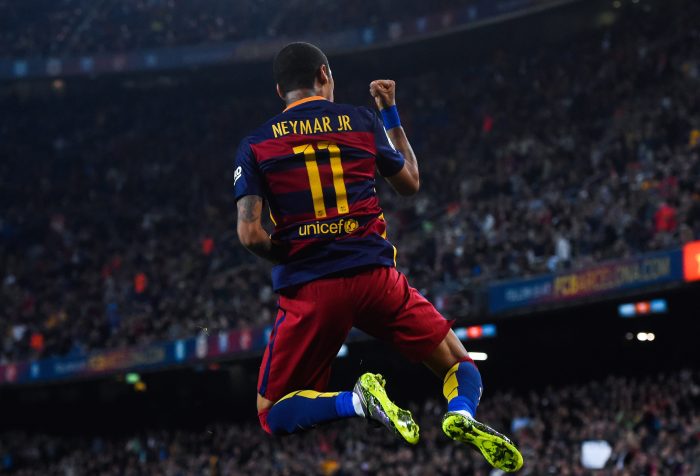 Woof. How did it get like this so quickly? That’s what Barcelona fans must be asking themselves, after a few weeks of turmoil, whirlwind rumors, and one very misguided Gerard Piqué social media post. Flash back to June, and all the culés were worried about was which midfielder they would buy to regroup for a shot at rival Real Madrid’s recent dominance. Just a month later, Barcelona has lost a key part of its all-time great attacking trident, and possibly its future Messi replacement as the key to the whole team. Sure, the club will be getting way more money than anyone has ever gotten for a player in the history of soccer, but there’s no replacing Neymar, on or off the field.

The worst thing Barcelona could do now is nothing, but the second worst is splurging just to splurge. The rumored–and nonsensical–pursuit for Paulinho, who last played on this side of the world in a disappointing season at Tottenham, needs to be dropped yesterday, but there just aren’t many available midfielders that would slot into Barca’s side. At least not without spending an ungodly amount of money, anyway. If only Barcelona had a young Catalan midfielder, one that was dubbed the future Xavi, one that came up through their famed youth academy, La Masia. Oh wait, they had all that and more in Thiago, another player who left thanks to an embarrassingly low buyout clause.

Of course, while midfield was its top priority heading into the transfer season, the Catalan side now has an even bigger hole on the left wing, and there just is no replacing Neymar. The best Barcelona can do is throw an obscene amount of cash at either Monaco (for Kylian Mbappé) or Borussia Dortmund (for Ousmane Dembélé) and hope that they blossom into 90% of the player Neymar is already. If that doesn’t work, they could also pursue Chelsea’s Eden Hazard or Liverpool’s Philippe Coutinho, two more-established stars that would likely cost upwards of $150 million each. Finally, they could also target Paulo Dybala of Juventus, which would give Barcelona the two best Argentinian attackers on the same side, and would surely make fans of the Albiceleste happy, as they would be able to build a year’s worth of chemistry before next year’s World Cup.

First things first, PSG just got its ultimate revenge for the 6-1 collapse at the Camp Nou. The architect of that historic comeback will no longer be wearing the blaugrana, opting instead for the Paris blue and white. Neymar instantly gives PSG the best player its ever had (yes, better than Zlatan, who was starting the slow and graceful decline when he joined the Paris side), and will likely propel them, at the very least, back to the top of Ligue 1 (it doesn’t hurt that main rivals Monaco are losing young studs left and right). But winning your domestic league is not why you double the world transfer record and drop a small country’s GDP on a single player.

Neymar and PSG’s goals appear to be aligned here: Neymar wants to win the Ballon d’Or, and PSG wants to win the Champions League. For the former to happen, the latter has to happen. Slotting in on the left next to Edinson Cavani, and in front of Barcelona target-that-never-was Marco Verratti, Neymar may not have the same quality of service as he did next to Messi and Luis Suarez, but he won’t be lacking for chances. While at Barcelona, the former Santos man became more of a distributor–he has the only player in the top 5 leagues last year to notch 20 goals and 20 assists in all competitions–while still hanging on to a lethal finishing streak, and so he should make the whole team better in addition to piling in the goals himself.

As for PSG, this finally pushes them into the conversation at the very elite levels of Europe; a.k.a. the Barcelona-Real Madrid-Bayern-Juventus tier. Since their takeover by Qatar Sports Investments in 2011, PSG has never made it past the quarterfinals of the Champions league; their best chance was thwarted by Neymar himself last season, with his two late goals and beautiful assist completing that aforementioned comeback. With the Brazilian making his way over to Paris, not only have they vastly improved their own attack, but they have severely weakened one of their main competitors. It also made Barcelona into a selling club, which is something so unlikely that it feels like a monumental shift in how world soccer operates; it’s rare that either Barcelona or Real Madrid sell a player against their wishes.

There will be time for discussion about the fairness of this transfer, and how PSG will stack up with the upper echelon of clubs, later on, but for now, there should be nothing but smiles at the Parc des Princes. 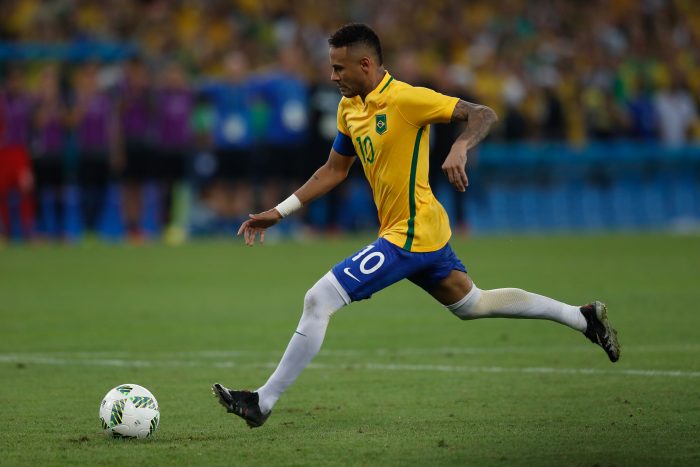 The dark horse winner of this deal, however, has to be the Brazilian national team. Despite an easy qualification period that saw them become the first country in the world to book a ticket to Russia 2018 (well, aside from the hosts), Brazil should feel even better about its chances next summer now that Neymar will be suiting up for PSG. First of all, this will make it 5 Brazilians on the Paris side, all of whom–minus maybe Lucas Moura–should feature on the World Cup squad. More chemistry between its stars is never a bad thing, even if Neymar will likely not interact much with defenders Thiago Silva and Marquinhos on the field. However, Dani Alves, one of Neymar’s closest friends, will be marauding down the other side of the field, and that’s good news for the fans of the Seleçao.

However, the more important reason for celebrations on the streets of Brazil this week is that Neymar will be the focal point of his club team, much like he is for the national team. While he developed those playmaking skills at Barcelona, Brazil will need Neymar to be as good for them as James Rodríguez was for Colombia in 2014: a do-it-all talisman, capable of scoring as many goals as he assists. You can bet that the 7-1 is still on every Brazilian fan’s mind as we head towards the next World Cup, and the under-appreciated fact that Neymar was injured for that game will haunt for ages to come. The best thing that can happen now is that have Neymar, fresh from a Champions League win, come in and dominate the tournament on the way to Brazil’s long-awaited (by their standards) sixth World Cup trophy. 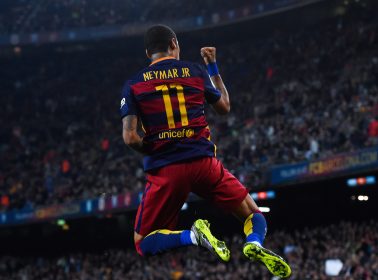 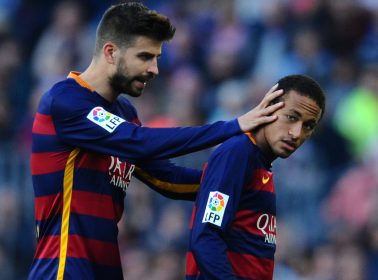 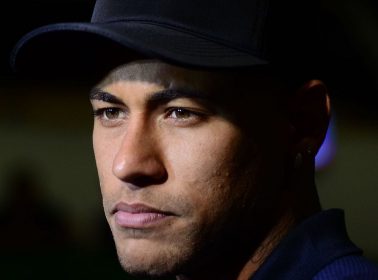 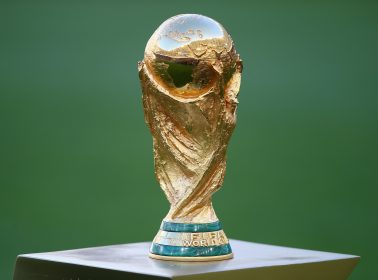 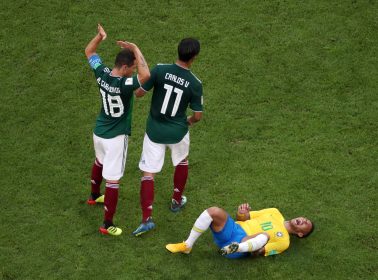 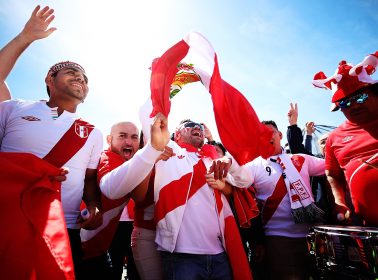 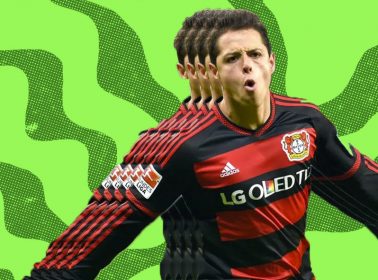