Bad Bunny: May Stadium Concerts in Puerto Rico Postponed Until October
Search
Music 04.04.20 at 11:28 am

El Conejo Malo is unfortunately joining the multitudes of artists canceling tours amid the COVID-19 pandemic. Puerto Ricans hoping for another Bad Bunny Concert Experience, originally scheduled for May, will have to wait. His Una Nueva Leyenda tour has been pushed to October 30 and 31.

Announced in December as a 360-degree performance at San Juan’s Hiram Bithorn Stadium, the island’s iconic baseball park, promo promised the the venue would be transformed by the “biggest and most futuristic structure ever created in that space.”

It would be “the biggest concert of his career,” the promo touted, and that’s saying a lot, considering his now-historic, almost sold out 3-night-stand in March of 2019 at el Choli. Both venues have a capacity of about 18,000.

Tickets are still available, and those already purchased for the May dates will be honored at the rescheduled October shows.

We expect little will change in terms of what was planned—or maybe he’ll even up the ante. 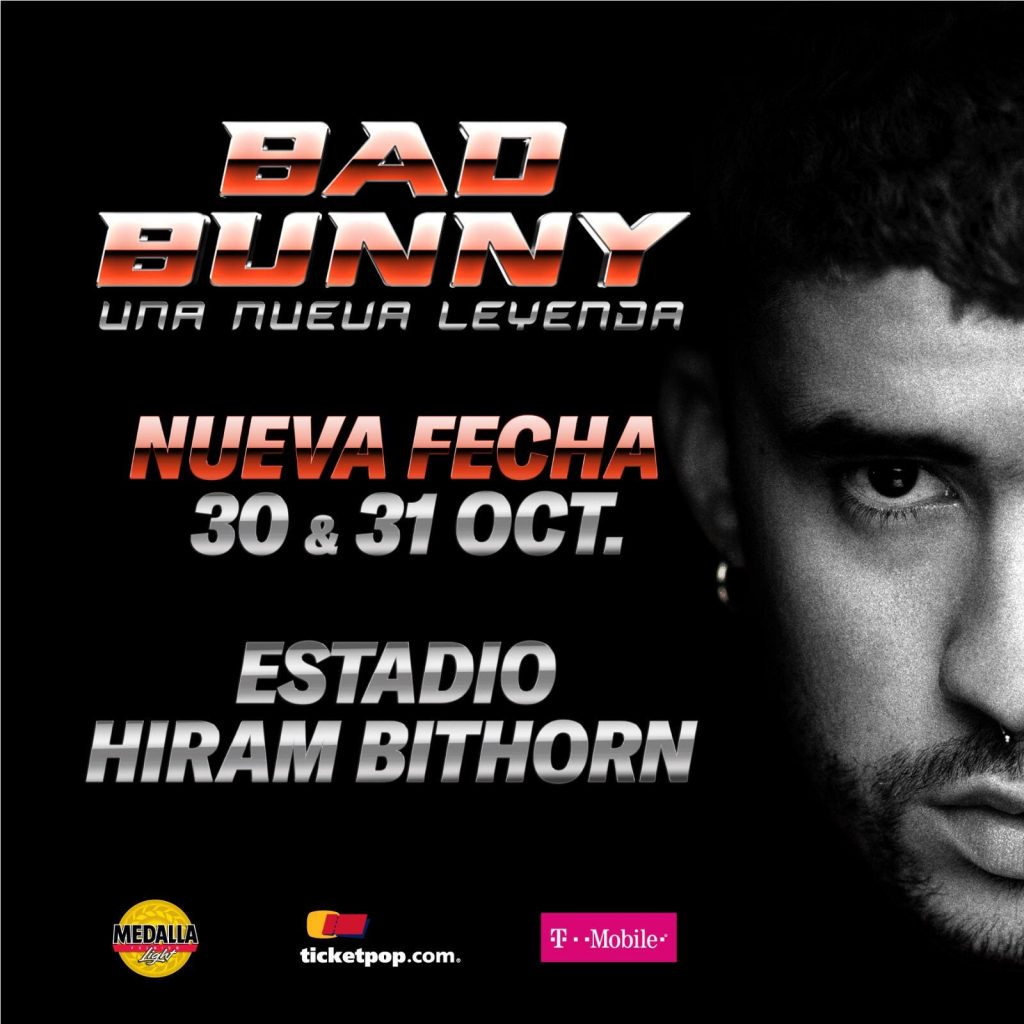