The jazz-funk avant-gardist Cimafunk, one of the brightest and most exciting figures in Cuban music in recent years, has announced a four-show residency in one of New York City’s most legendary venues.

Blue Note Jazz Club will host four historic events on August 26, September 2, 14, and 15 with two shows a night, starting at 8 pm and 10:30 pm. This announcement comes after the Cuban artist’s appearance in Blue Note’s Miami Summer series last June, where he shared the stage with Big Freeda, The Soul Rebels, and Robert Glasper, even getting onstage with the latter’s band. This performance is the second time he will play the NYC jazz haunt, having sold out a pair of shows in 2019.

Cimafunk expressed his enthusiasm for the live appearance, saying through a press release: “I can’t wait to bring the house down again at the Blue Note […] We love New York. We love the Blue Note. And we’re bringing the funk straight from Cuba to the Big Apple.” He also seized the moment to express his feelings about what’s happening in his homeland at the moment. Cimafunk says, “My band and I are filled with emotion, suffering from the hardships Cubans are passing and the repression peaceful protestors have suffered. We feel blessed to share our music with the world and try to find peace and understanding through culture.”

Cimafunk first came to notoriety in 2018 with his song “Me Voy,” a hit in his native Cuba. The musician became a popular and critical figure thanks to his original take on jazz-funk that borrows freely from many of Cuba’s rich musical traditions. He has transcended borders, playing festivals like SXSW, appearing on NPR’s acclaimed Tiny Desk Concert series, and touring the U.S. extensively.

Cimafunk is slated to release new music later this year, even going as far as teasing a “highly-anticipated” collaboration in the press statement. It’s exciting to see all that’s unraveling for the Afro-Cuban funk artist.

Tickets for Cimafunk’s Blue Note shows can be purchased at www.bluenotejazz.com. 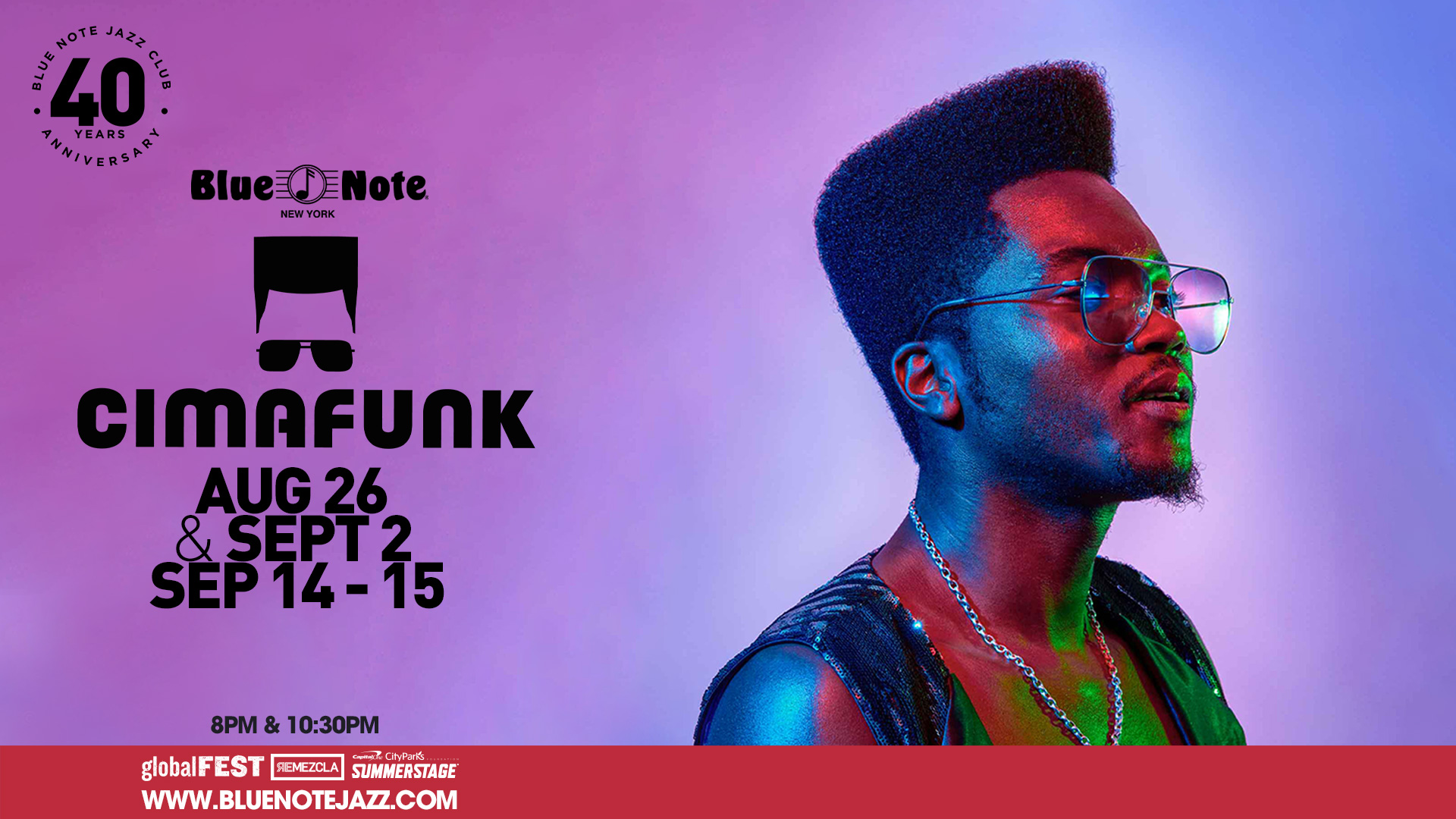