Colombia’s Hermoso Ruido 2019 will take place later this month in Bogota, marking the festival’s seventh year supporting the most notable up-and-coming acts from Colombia and the rest of Ibero-America. From September 26 to 28, different venues spread across Chapinero and Zona Rosa will host a number of showcases to bring the country’s hottest new music all over the capital, and with the announcement of this year’s initial lineup, we know it’s going to be a party.

Put together by Hermoso Ruido founder Philippe Siegenthaler and new festival director Laura Vásquez, this year’s lineup stays true to its concept: serving as a hotbed for the new artist and new music bubbling up in the country. There are more than 30 Colombian bands representing a wide range of sounds, and they are all ready to be discovered by the festival audience.

Check out the initial lineup below, and stay tuned for more information, including the list of showcasing venues, tickets, and the rest of the lineup. In the meantime, we have plenty of music to check out before the festival launches. 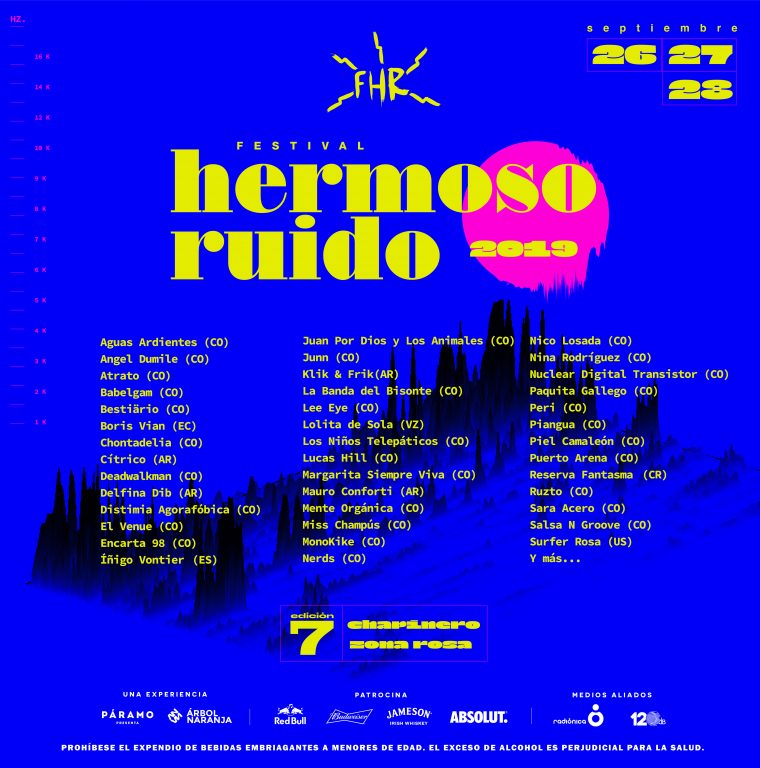 Hermoso Ruido is a co-production between Páramo and Árbol Naranja, and it’s taking place on September 26-28 in Bogota.