Bogotá’s Festival Estéreo Picnic just announced the lineup for its 2018 edition. The festival has carved a space in the regional music landscape, standing out for booking homegrown talent alongside international headliners. In 2018, the fest remains true to that tradition with a diverse and forward-thinking lineup.

For its ninth consecutive iteration, Gorillaz, Lana Del Rey, and The National will headline the stage with local heavyweights like Bomba Estéreo and Ondatrópica, who, like the festival itself, draw their identity and musical inspiration from the country’s vast musical and cultural heritage.

See the full lineup and watch the festival’s announcement video below: 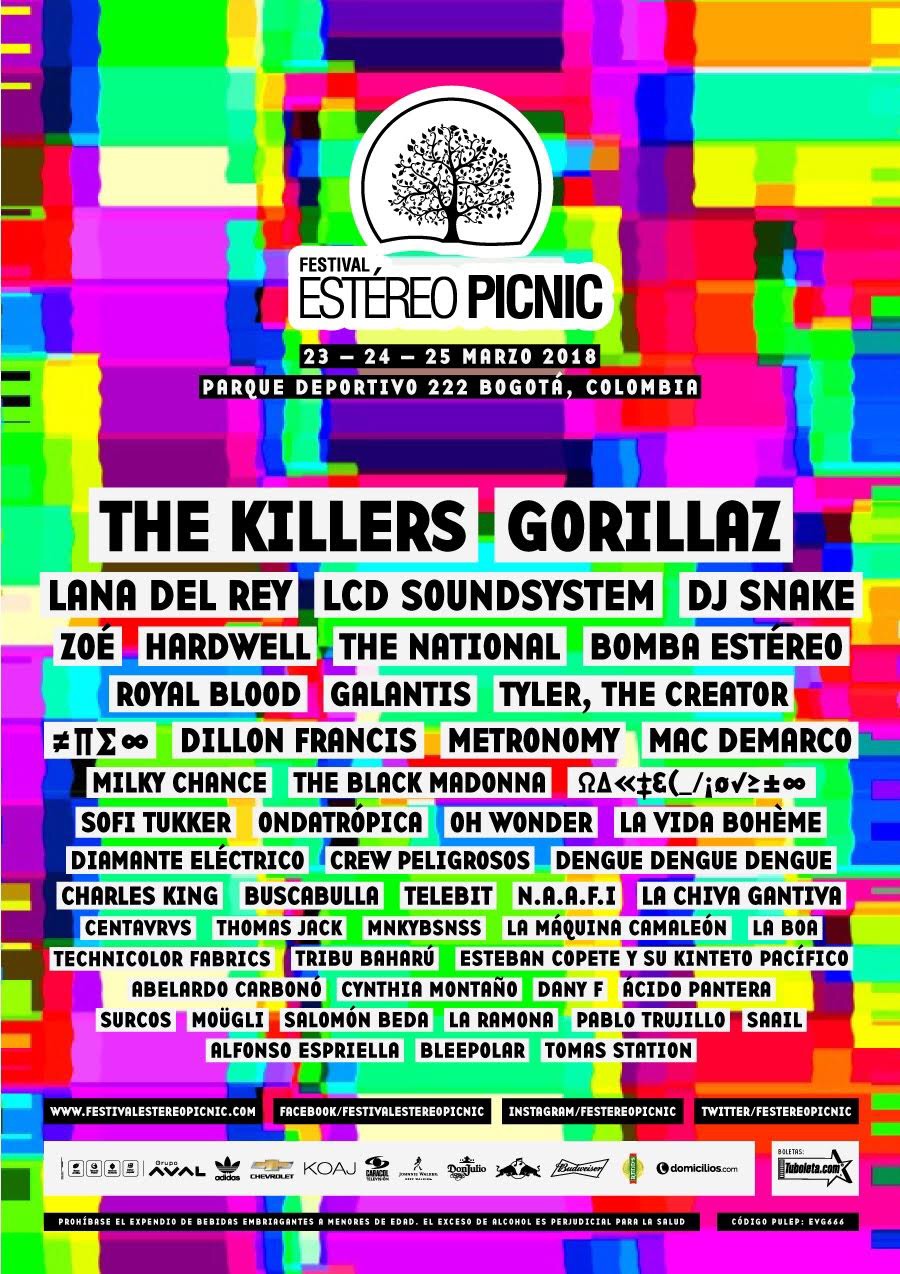