After slowly teasing the headliners for its 2018 edition for months, Mexico City’s Festival Nrmal has finally shared its complete line-up. For its fifth consecutive year, the event will take place at Deportivo Lomas Altas, but this time it’s back to basics, spanning only one day, instead of the usual two.

At the top of the poster are previously announced bands like indie rock favorite Mac DeMarco, psych-freaks Of Montreal, Austin post-rock staple Explosions in the Sky, the Mexican debut of Japanese genius Cornelius, and stoner metal cult outfit Sleep. New confirmations include a trio of what the organizers describe, rightfully so, as “figures of the most radical Afrofuturism:” Moor Mother, Yves Tumor, and Mhysa. Thanks to a partnership with Pop Montréal Festival, Essaie Pas and Pelada will bring their punky strain of techno to the Mexican capital.

Stay tuned for more information, including the line-up for a pre-show curated alongside Levitation, and its now-legendary after-party. Plus, the full program for NODO, the festival’s industry insider event, is coming up. 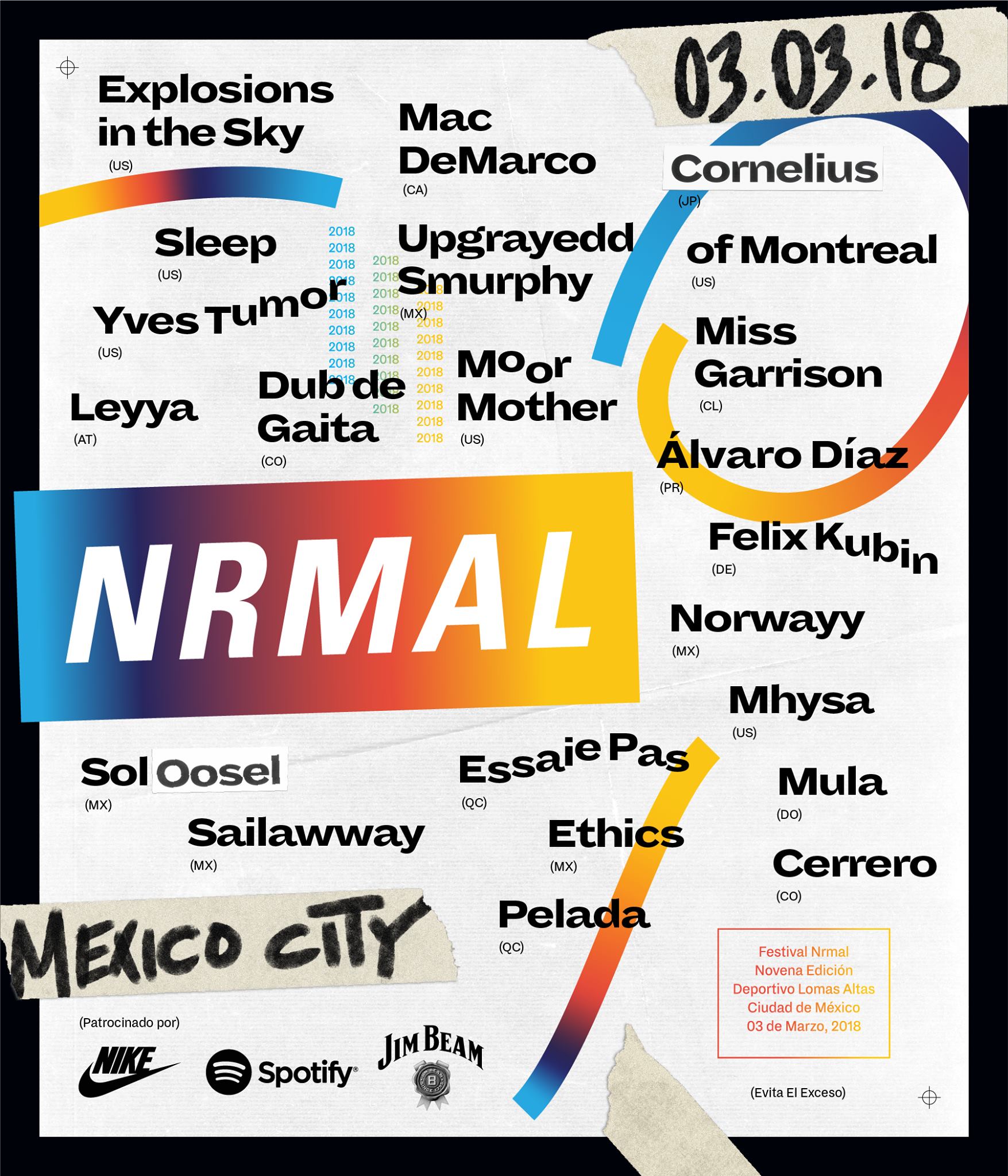