Over the last 10 years, Festival NRMAL has distinguished itself as one Mexico’s most innovative and established music festivals, so it’s no surprise that for its 10th anniversary, organizers would bring out the big guns. NRMAL has just revealed its full lineup for 2019, and it includes several beloved international acts. While Death Grips, John Maus, and Spiritualized were previously announced, even more impressive names have been revealed, including Mazzy Star, John Maus and Gang Gang Dance. The list of local and other Latin American acts is equally solid, featuring Mint Field, Rubio, Canalón de Timbiquí, Sexores, El Shirota, and many more, so this year’s edition is sure to be just as memorable as years past.

Catch the full lineup below, and click here to purchase tickets. 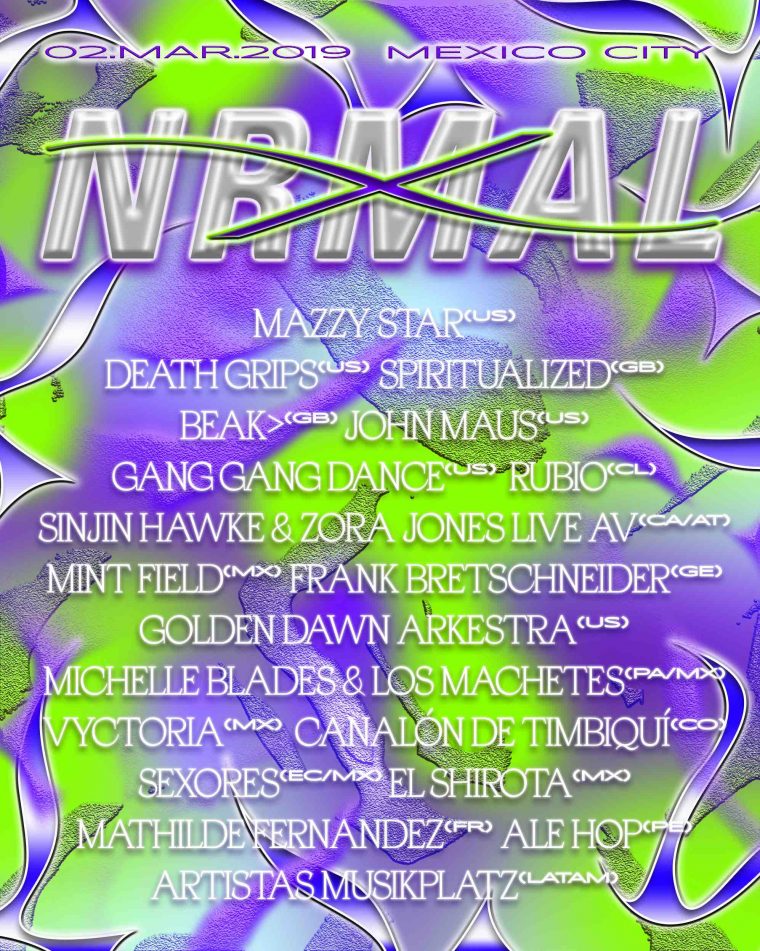