Science fiction, psychedelia, disco music, and, more recently, late ‘70s Filipino rock, are only a few of the essential references you can find in the Jalapa, Mexico-born producer, Mauricio Rebolledo, who, with a very particular and dark sense of humor, originally came out of a La Santanera club residency in Playa del Carmen. He then travelled around the world setting fire to dance floors while carrying the Cómeme flag as a key element of their unique sound.

His productions are trippy as fuck, based on minimalist and retro-futuristic disco music with a heavy emphasis on the groove, as heard on the Rebolledo classics like “Pitaya Frenesí” and “Guerrero.” Both tracks are now considered anthems by some of the biggest dance floors of Latin America.

On May 5th, Rebolledo will release Momento Drive via German label by Kompakt, a mix CD that will feature unheard tracks and remixes, as well as songs by his side project, Pachanga Boys, which he developed with Berlin’s Superpitcher. In this new work, Rebolledo also pays homage to the Pinoy rock legend Wally Gonzalez, by reinterpreting the cover art of his record, Wally On The Road, from 1978. 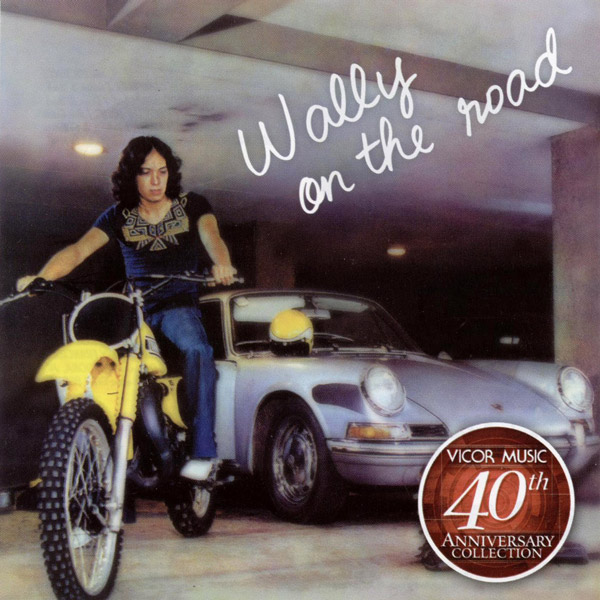 During his visit to Boiler Room DF, we met up with him to talk about this new release.

What inspires you to achieve that characteristic hypnotic sound of your productions?

Truth is, it simply comes out that way. Rather than inspiration, I try to project myself on the dance floor and then I imagine what I would like to be doing or experimenting with there. When I’m producing I focus on what I want to live on the dance floor.

I just recently saw the Momento Drive cover. Why would someone from Veracruz pay homage to a Filipino rock figure?

It doesn’t have anything to do with nationalities, the Pinoy rock genre, or anything. I simply found this record that caught my eye because of its cover and I also loved the music, so I wanted to include a song by Wally Gonzalez in the mix. I identified with his cover, and like I say in the text that will come with the record, Momento Drive doesn’t directly pay homage to Wally Gonzalez, or his renegade image, though it does to the people who share a straightforward, raw, and essential feeling. 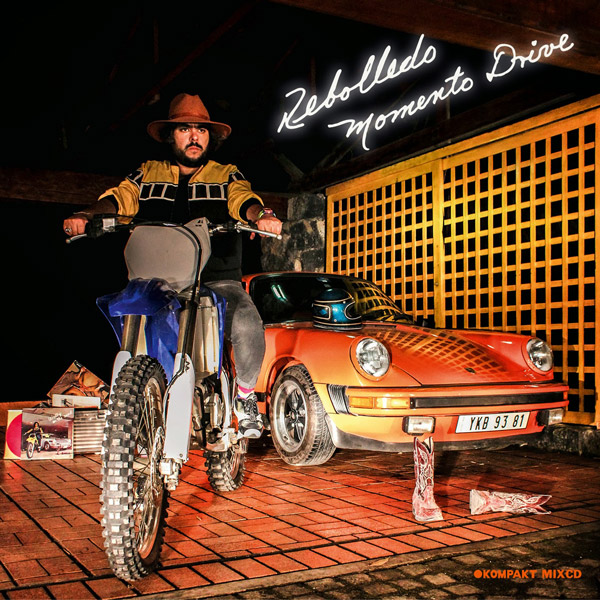 You have always represented an image that feels close to rock music. If you hadn’t met synthesizers, what would a band led by Mauricio Rebolledo sound like?

I have no idea because I was never in a band and I never imagined myself in the music world until I began to play records as a DJ. My interest in music started on the dance floor, in underground clubs. It all began with me dancing every weekend, until dancing wasn’t enough, and that’s how I started DJ’ing as a hobby.

Do you remember how it was like to produce your first track as Rebolledo? Which was it and how did you want it to sound like?

When I decided to make music, it was an extension of my experience as a DJ. I didn’t have a mind set on making music until I had no more music to play. To me, playing records, rather than playing nice music or hits, means creating experiences and moments. When the music I had wasn’t enough to create these experiences, I had to begin to make my own DJ tools and demos so I could include them on my sets, so these works eventually came out. My first track was “Pitaya Frenesí” and it was released by Cómeme. 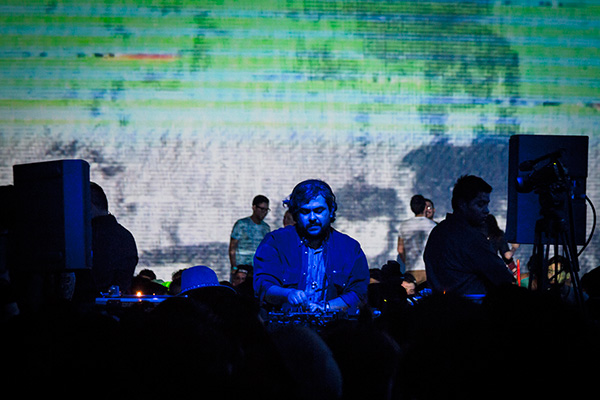 What is your opinion about the current state of the Latin American scene within the universe of club culture?

Everything is very globalized right now, I believe it’s becoming very individualistic. Rather than origins, people are currently seeking DJs because of their music, no matter where they’re from. Even though the current Latin American movement is going as strong as it can. There are many exponents from our continent that are going around the world coexisting with the global scene.

Do you listen to or play any Latino producers during your sets?

Just a few weeks ago I began pulling out some of the early songs by Nortec that I always loved so much. I play Zombies in Miami and a couple of things by María y José from Mexico, Diegors from Chile, DJs Pareja from Argentina, and also Matías Aguayo from Chile.