If you happen to be in Los Angeles in December, Goldenvoice is bringing you not only one but 12 consecutive nights to celebrate the holidays. From December 11 to 22, West Hollywood’s famed venue The Roxy is hosting a series of special shows that include some Latinx and Latin American artists of the past and present.

In the spirit of the holidays, Contreras is also using Jingle Bell Roxy as a way to help those in need. “For 12 days we are collecting items for a local Union Rescue Mission in Skid Row in downtown LA,” he explains. “We are encouraging concertgoers to bring things like shampoo, underwear, toothpaste, bras, Q-tips, inflatable mattresses, etc.”

His mission is to make this event an annual affair, so it can also help Latin American and Latinx artists to break out in the general market. “I think it’s a cool concept not just ’cause I helped put it together [laughs], but ’cause it’s giving back to the community, and it’s in a city like West Hollywood, where we don’t see a lot of Latinx representation.”

Jingle Bell Roxy is taking place on December 11-22. See the full lineup below, as well as the list of items you can donate. To purchase tickets, click here. 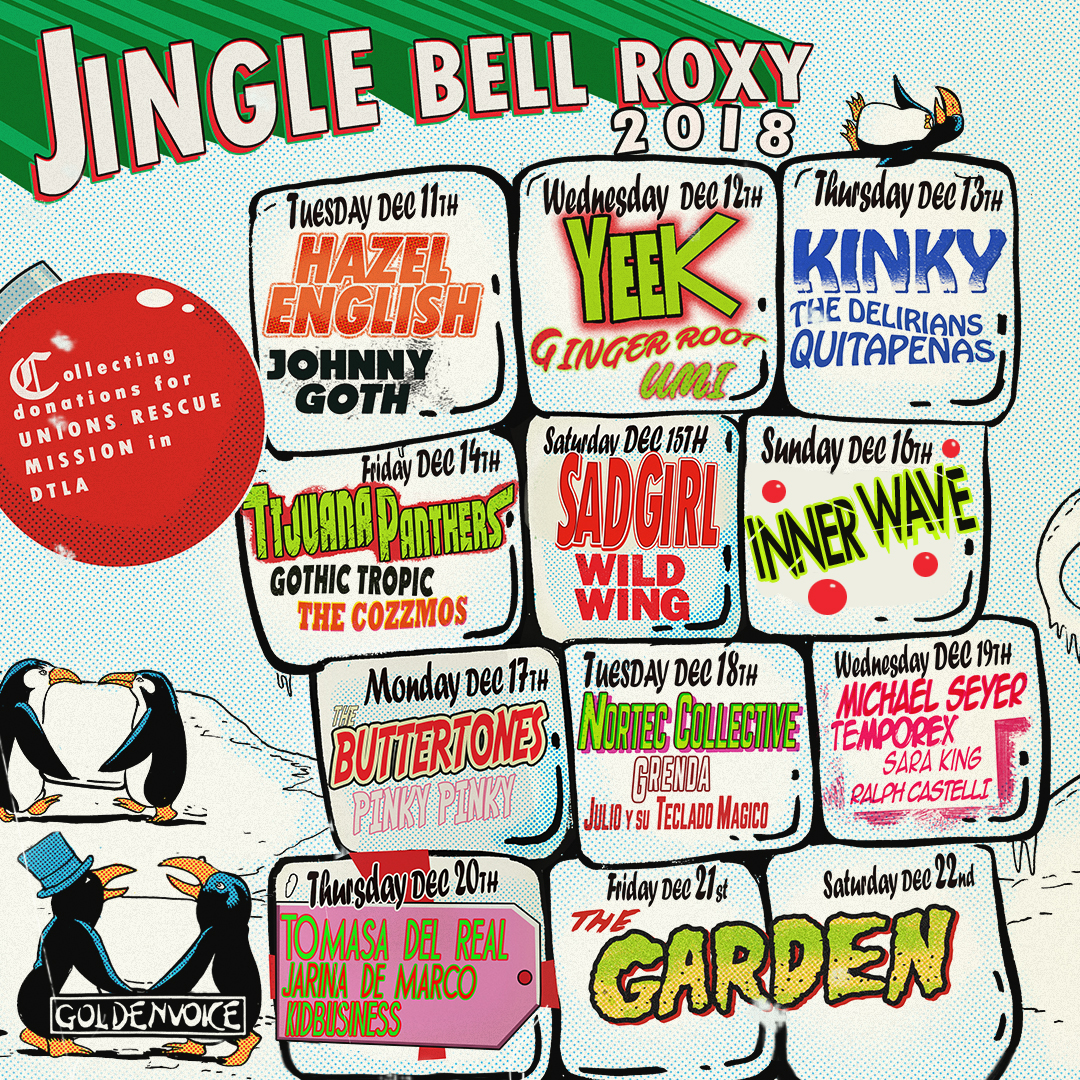 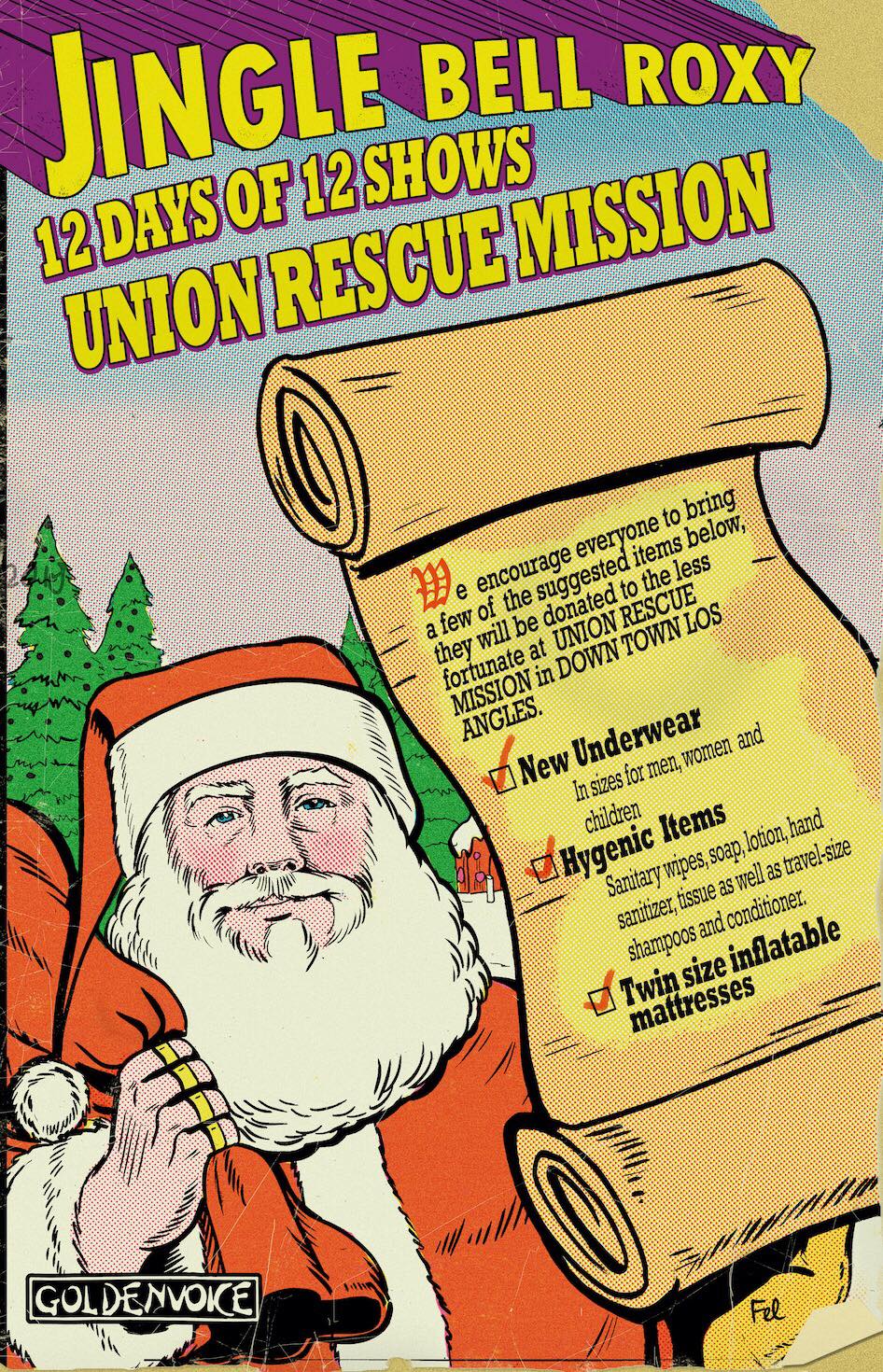