This December, Red Bull is bringing a festival of ass-shaking music to a digital device near you. Estados Unidos de Bass is a series of livestreaming events that will highlight reggaeton, Latin trap, global bass, and more from five cities in the United States.

Expanding from the 2019 Red Bull Presents event that showcased bass music made by Latinx artists in Miami, this year’s edition is adapting to the circumstances that 2020 has given us, resulting in three weekends featuring four hours of music each day. The shows will be streaming through Red Bull Radio on Mixcloud.

Estados Unidos de Bass is also bringing Latinx talent to its visual side, inviting artists to collaborate on the graphic identity of the festival. The artists involved are Milkman, KneetoFace a.k.a. Danielle Estefan, Julian Duron, and Ivana Cruz. Creative director duties have been handled by Austin “Jiminai” Cashell.

Estados Unidos de Bass kicks off on Dec. 4 and goes through Dec. 19. Check out the full schedule here. 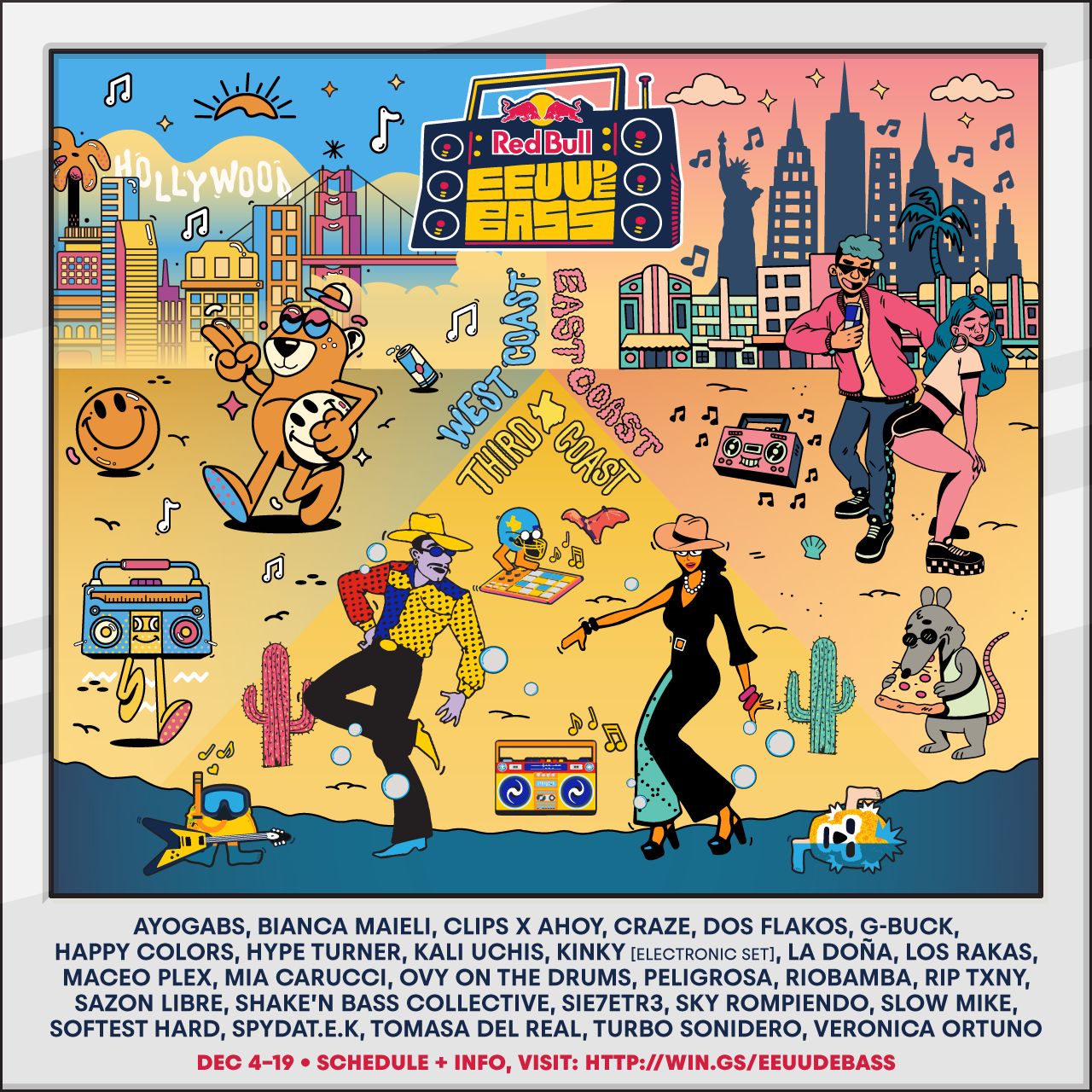