The U.S. festival season is featuring more and more Latino talent this year. Following lineup announcements from Coachella and Panorama NYC, the original Chicago version of Lollapalooza is showcasing a healthy lineup of Latino artists for its return to Grant Park on August 2-5.

Up there in the headlining spot with the likes of The Weeknd, Jack White, and Arctic Monkeys is Bruno Mars, still at the top of his game after dominating the Grammys last month. “Havana” singer and former Fifth Harmony member Camila Cabello is also set to perform, as well as Kali Uchis and Grizzy Garcia, (aka Lil Pump). Fast-rising Chicano star Cuco, who will also play Coachella and Governors Ball, adds another high-profile festival to his upcoming list of gigs. Jesse Baez’s inclusion on the lineup is a great and welcome surprise.

Festival mainstays Bomba Estéreo are bringing the party to Chicago after touring with Arcade Fire, and, from the other side of the spectrum, trio Cigarettes After Sex will tone things down with their ambient pop. Up-and-coming R&B divas Sabrina Claudio and Jessie Reyez complete the lineup. Check out the complete lineup below. 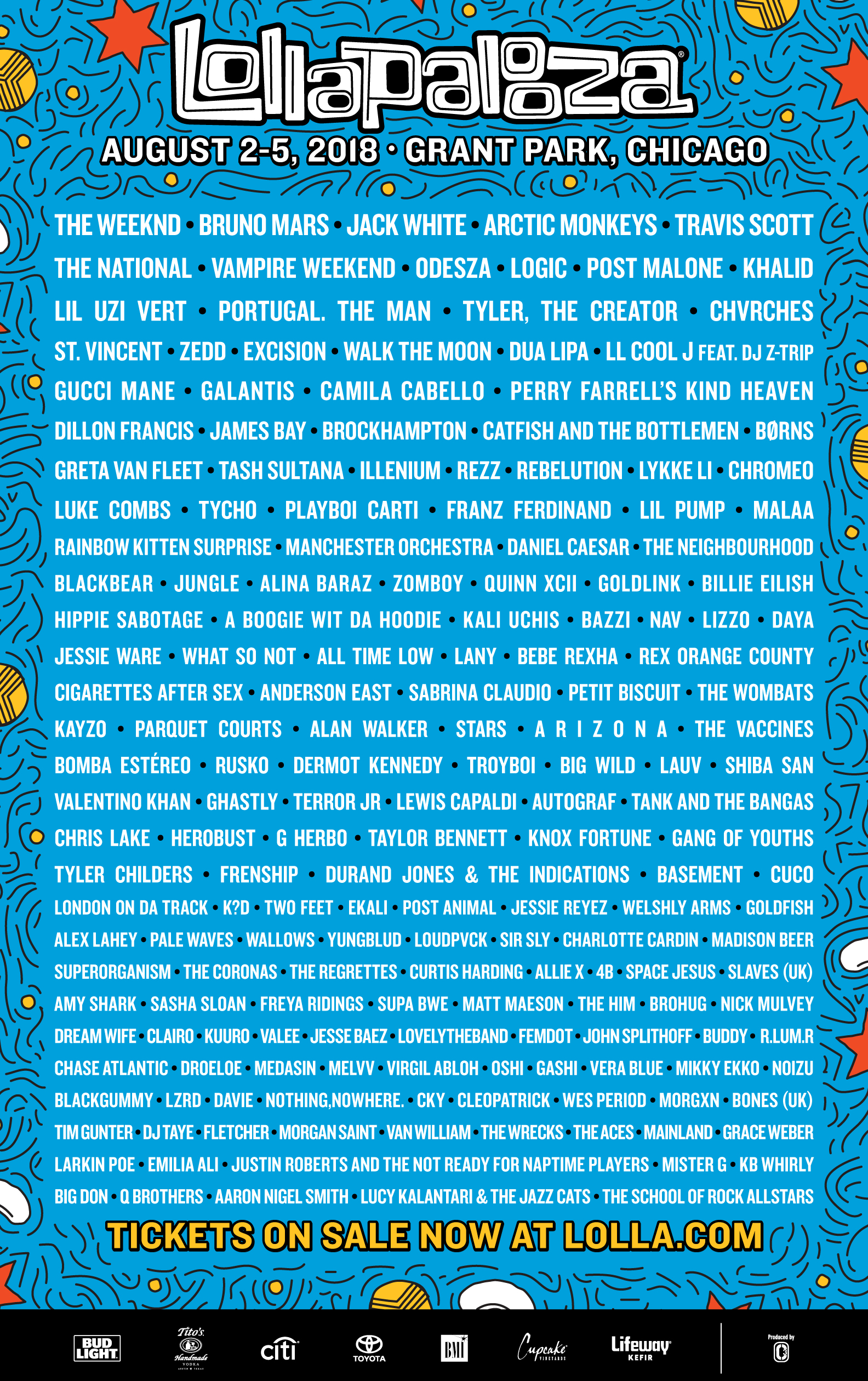