Update 9/27/2017, 2:35 p.m.: Due to the 7.1 earthquake that struck Mexico on September 19, Mutek.MX has postponed the festival until November 22-26. Organizers are reconfiguring the festival and checking the safety of venues. Lineup changes and other announcements are expected to take place soon. For more info, head to the Mutek.MX site.

All you avant-garde electronic music fans and tech freaks, rejoice. The first wave of confirmed acts for the 14th edition of Mutek.MX has been announced, and it won’t let you down. Forward-thinking sounds, electronic parties, audiovisual installations, and performances will take over Mexico City from November 22 to 26, and we’ve got the first details about its programming.

Headlining the lineup are cult German composer Alva Noto and ambient house pioneers The Orb. Italian trance deconstructionist Lorenzo Senni and IDM legend Telefon Tel Aviv are also on the list, as well as British provocateur Dean Blunt, who is set to perform under his alias Babyfather.

Stay tuned for early bird tickets, which go on sale June 21 for BBVA Bancomer customers. If you’re not based in Mexico and plan to attend the festival, you can purchase Mutek’s popular passport packages in the BBVA Wallet presale starting on July 5; they include plane tickets and accommodation. 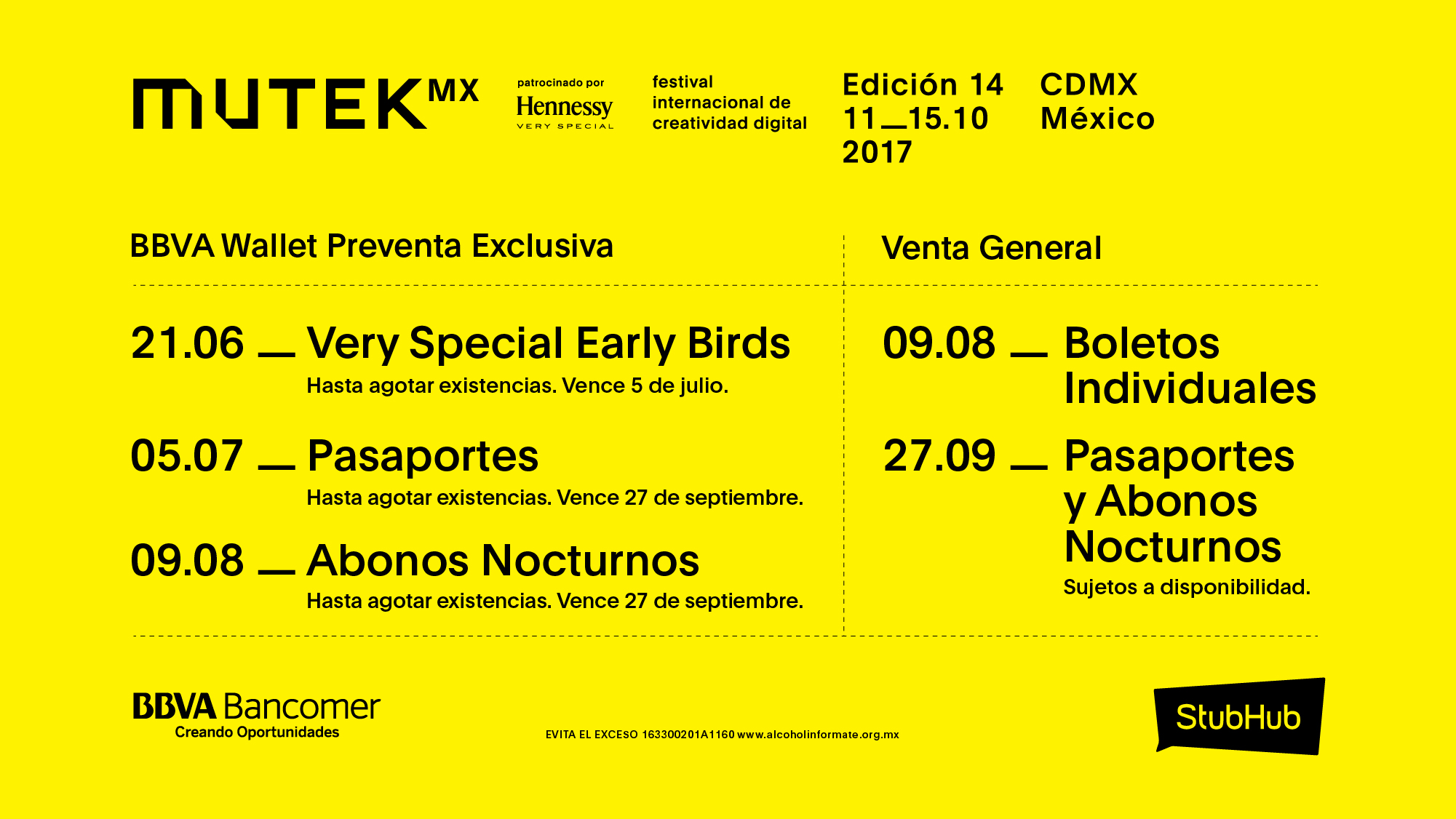 Mutek.MX hits Mexico City on November 22-26, 2017. For more information, head over to their website.