The time has arrived for fans of electronic music and digital arts in and out of Mexico to celebrate, as the first wave of confirmed acts for the 2018 edition of Mutek.MX has been announced. The definitive mecca for forward-thinking music lovers in the region is celebrating 15 consecutive years of breaking the mold in the Mexican festival landscape, and the list of names shared so far suggests the party will live up to the festival’s reputation.

The sole Latin American name on the lineup so far is La Orquesta Filarmónica Mexiquense, which is creating a one-of-a-kind live collaboration with German musical project The Brandt Brauer Frick Ensemble. Expect the complete list of names in the following months, as well as the locations for all of the festival events.

In the meantime, you can buy tickets for Mutek.MX through Atrápalo. Tickets include a full-access “passport” package and two-day passes for the main Nocturne events on November 23 and 24. To get acquainted with the already announced artists, head to the official Mutek.MX Spotify playlist and challenge your brain with the off-kilter sounds that await us at the festival. 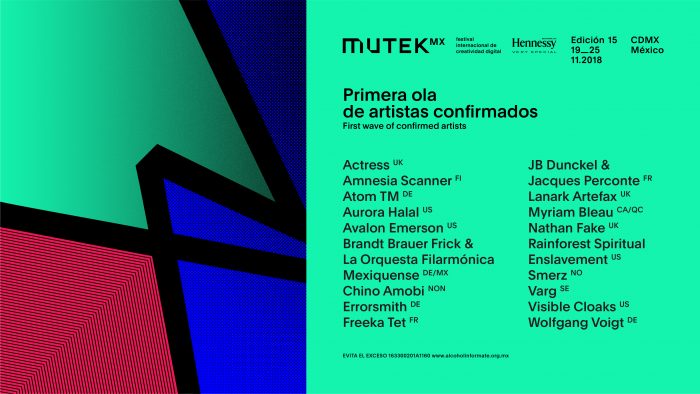 Mutek.MX is taking place on November 19-25. For more information, visit the website.