The NAAFI crew has come a long way in their seven years of existence. In 2010, they launched as a series of Mexico City parties, later transforming into a record label. NAAFI, an acronym that means “No Ambition and Fuck-All Interest,” is now a full-fledged collective of DJs and producers that has steadily earned international recognition from fans and critics alike, thanks to their political approach to club music. From vogue balls in Mexico City and New Year’s Eve parties in Puerto Escondido, to showcasing at Red Bull Music Academy Festival 2016, it seems like there’s little this crew isn’t willing to try.

2017 marks NAAFI’s seventh anniversary, and that means their never-ending celebration is getting multiplied – by a factor of three, to be precise. The crew will host blowouts in New York, Los Angeles, and Mexico City on June 2, 3, and 10, respectively, featuring many of the crew’s most prominent affiliates and friends. Co-founders Mexican Jihad and Fausto Bahía are hosting the three nights, and will be joined by Lao, Imaabs, OLY, Tayhana, Omaar, Füete Billëte, and Wasted Fates, plus special guests DEBIT, NA (from Nguzunguzu), Jubilee, and more. If you’ve never experienced a NAAFI night, it’s time for you to find out what you’ve been missing.

Peep the full line-up, flyers, and additional info below. RSVP for the parties in New York, Los Angeles, and Mexico City. 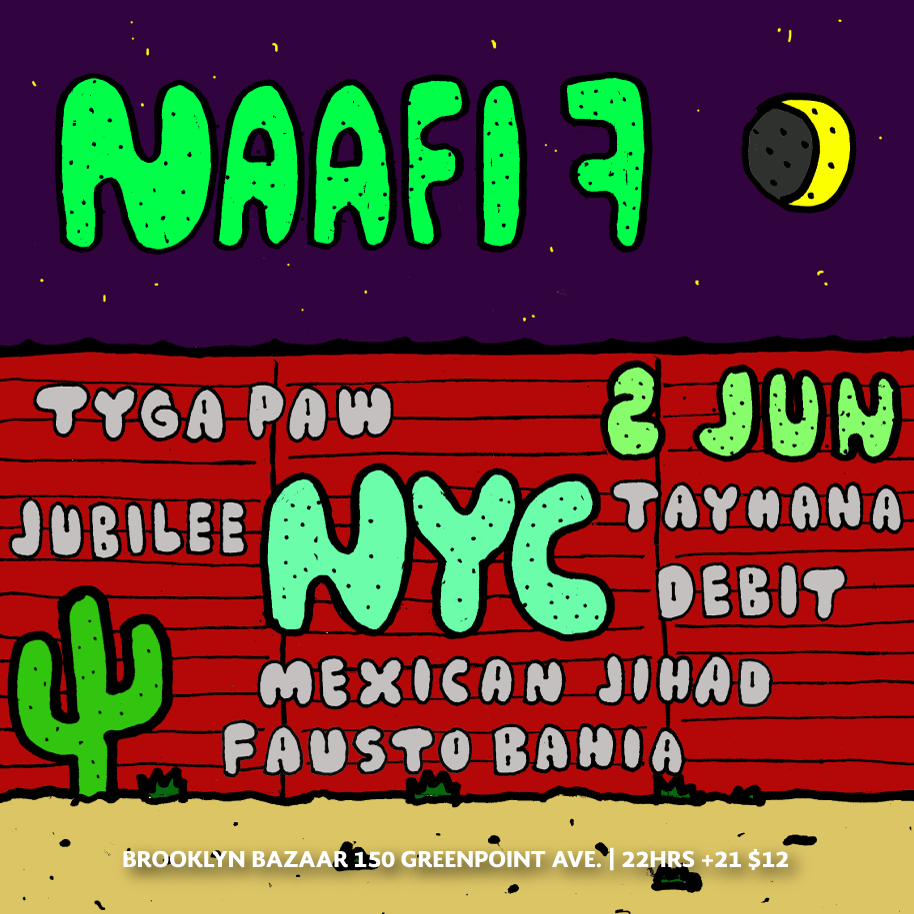 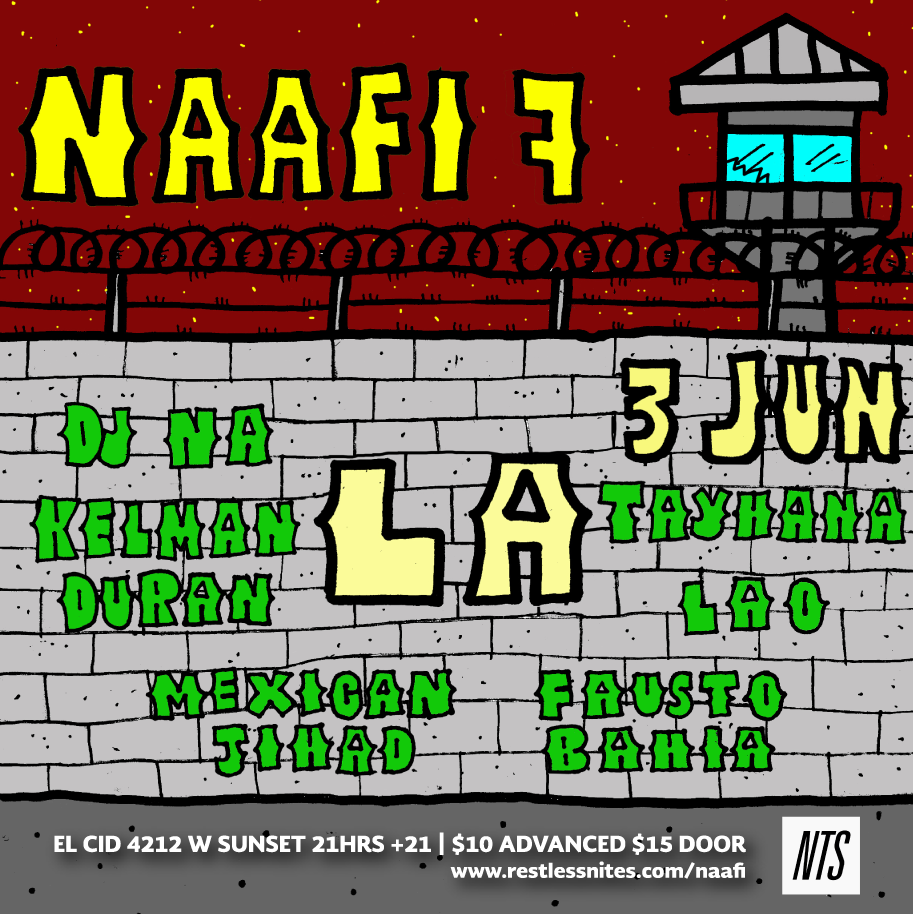 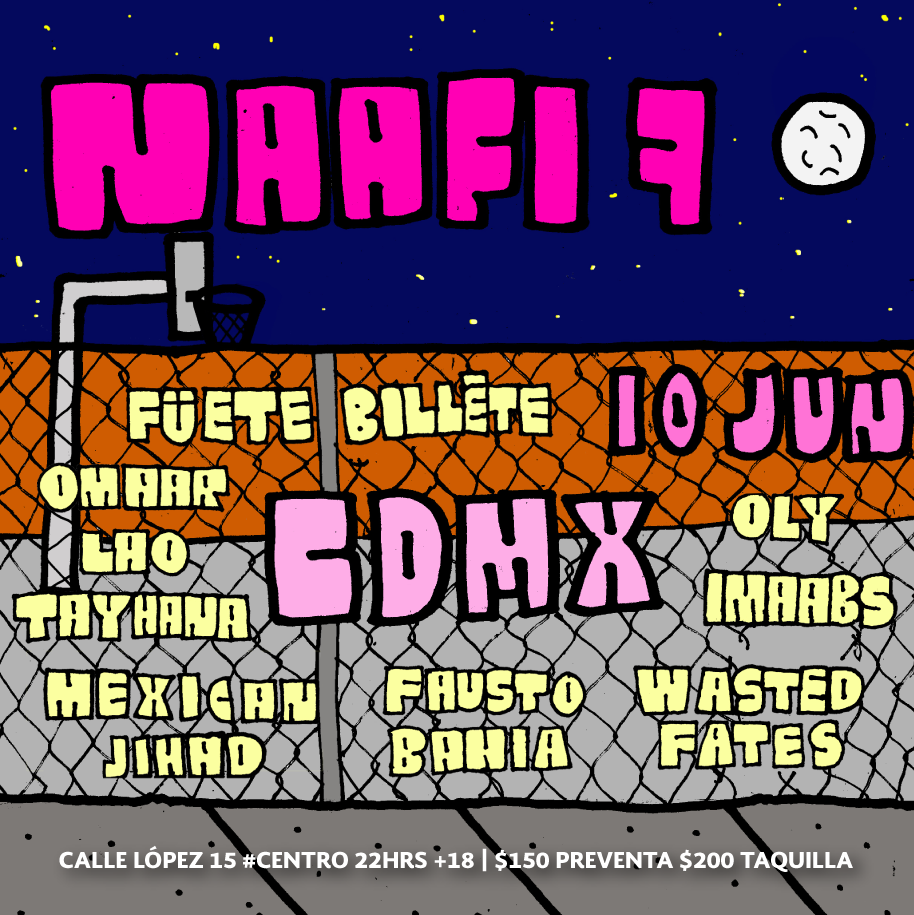