Reggaeton may be having an explosive resurgence in the mainstream music industry, but the last couple of years have also seen a flourishing underground community of artists flipping the genre’s conventions. Chilean singer Tomasa del Real has dubbed that nascent movement “#NEOPERREO,” a term – and now a party – intended to encapsulate the artists and producers flirting with reggaeton rhythms in new and unexpected ways.

This summer, del Real and some of Chile’s brightest club stars have been taking #NEOPERREO on a world tour, recently hitting Mexico City and now heading to Brooklyn to light it up. On August 18th, #NEOPERREO will be taking over the Remezcla headquarters in Brooklyn, where Tomasa will drop her ‘bellakeo del futuro’ alongside trap newcomer RIP TXNY and ultra-chic queen of the decks, Lizz. Papi Juice co-founder Oscar Nñ also joins the lineup.

A fourth extra special guest will be announced closer to the date, but right now our mouths are watering at the thought of heavy bass and booty clapping as far as the eye can see. 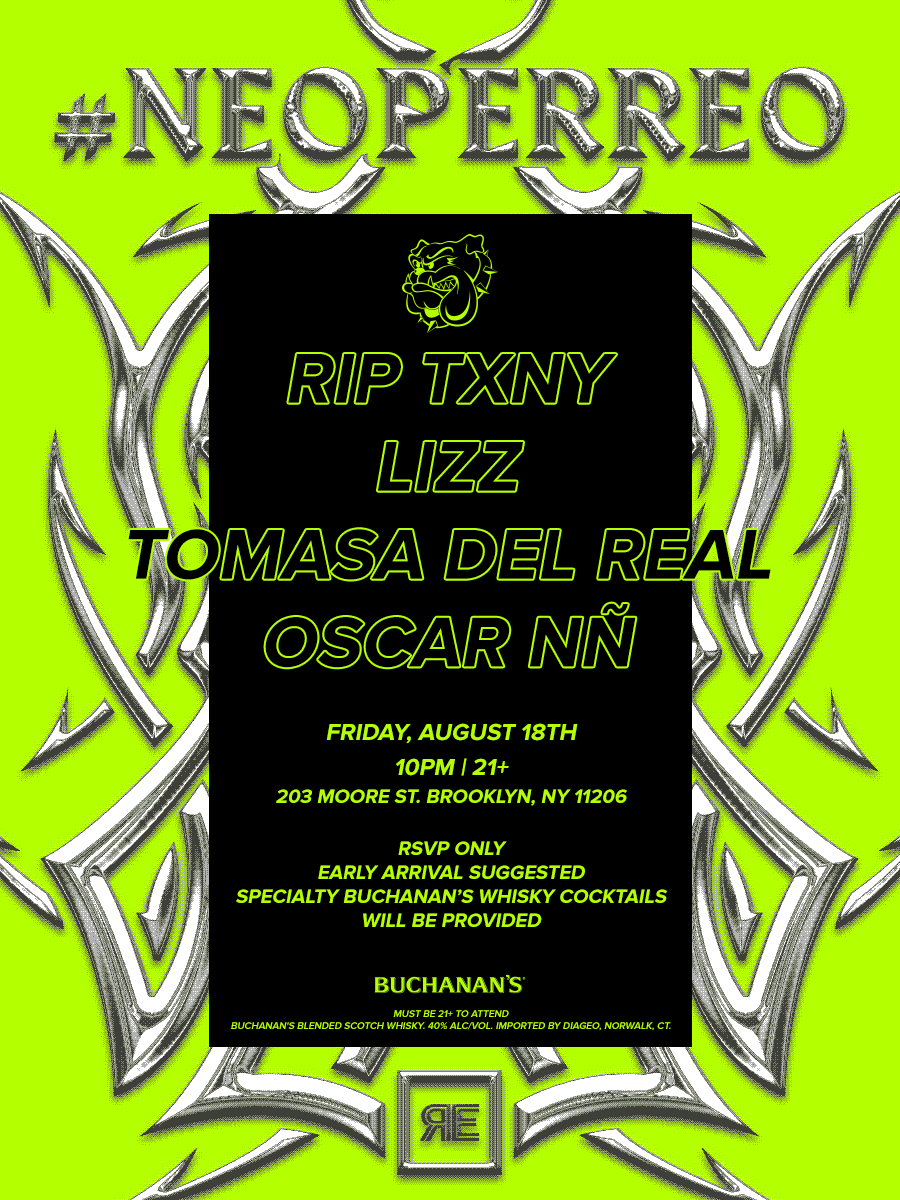 Come through for some cute vibes. The turn up is 21+ and RSVP only.