The Neoperreo Movement Heads to LA for a Throwdown With Tomasa del Real, Ms Nina & More
Search
Music 08.07.18 at 3:30 pm

Los Angeles has never been a town that’s huge on reggaeton, but in recent years, the vibe has started to pick up, aided by the rising tide of the genre on the global pop charts and the birth of homegrown functions like those of the Late Night Laggers and Noche de Travesuras crews. Perhaps the surest sign that perreo is coming up in the City of Angels was ascendant Chilean singer Tomasa del Real’s decision to start clocking time there, bringing her DJ and partner Rip Txny through to link with fashion house Freak City and sign with the LA-based Nacional Records.

Those who have caught previous LA events with del Real and her Neoperreo crew will be happy to know that she’s headed back, and that this time she’s bringing the big guns. On August 25, Neoperreo will partner with Red Bull Music to present a showcase of del Real’s peers — significantly, including Argentine-born, Spain-based “Rico Rico” singer Ms Nina in her United States debut. Rounding out the lineup is producer El Licenciado, who has been a driving behind-the-scenes force in the rise of del Real’s strain of Technicolor boom-chik and local rep Chaboi of the Late Night Laggers.

Check out the flyer below or head to Red Bull’s website to purchase tickets.

Enter our giveaway below, in which you can pick up a pair of free tickets to the event, as well as Neoperreo x Freak City USBs and tattoo sleeve shirts. 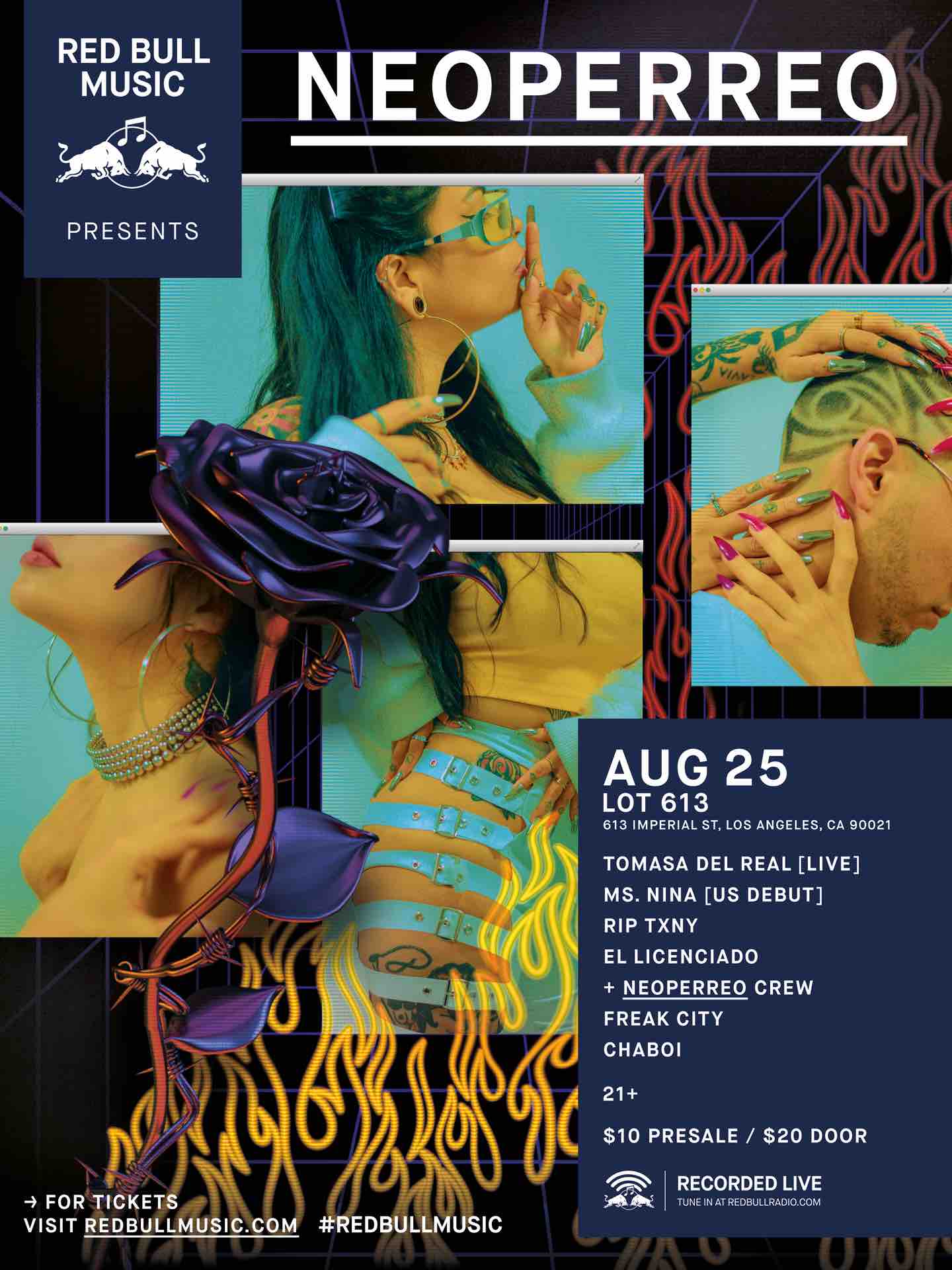