Concert promotion crew ShaveUrLegz are turning up the heat in the Dominican Republic’s indie scene with their fifth consecutive Pineapple Ball Festival this month. Taking place on September 30 at Playa Caribe, a 35-minute drive from Santo Domingo and only 15 from San Pedro de Macorís, the festival embraces its Caribbean spirit with a lineup overflowing with beachy vibes. Since its beginnings in 2013, Pineapple Ball has grown in scope and size, counting 3,000 festivalgoers in its 2016 edition. It’s poised to make a splash in the island’s blooming indie scene.

The festival is comprised of two aptly named stages. The Pineapple Bay gathers acts that lean towards rock, pop, and fusion sounds, with Mexican brother/sister duo Sotomayor holding down the fort. Baltimore rapper Spank Rock, local folk-rocker Riccie Oriach, and Venezuelan reggae-lite quartet Rawayana, whose vocalist Betomonte is also spinning at the warm-up party at La Fábrica three days earlier, alongside José Corredor. If you’re more of club kid, the El Bohío stage is for you. Here, Mula, Chancha Via Circuito, Sabo, and Hoj are set to perform. Tierra Fértil and Gran Poder de Diosa are also part of the lineup, which you can peep below in full.

This year’s edition of The Pineapple Ball is focused on highlighting Dominican identity and culture. Expect a rich menu full of Quisqueya delicacies, as well as fashion shows and more. 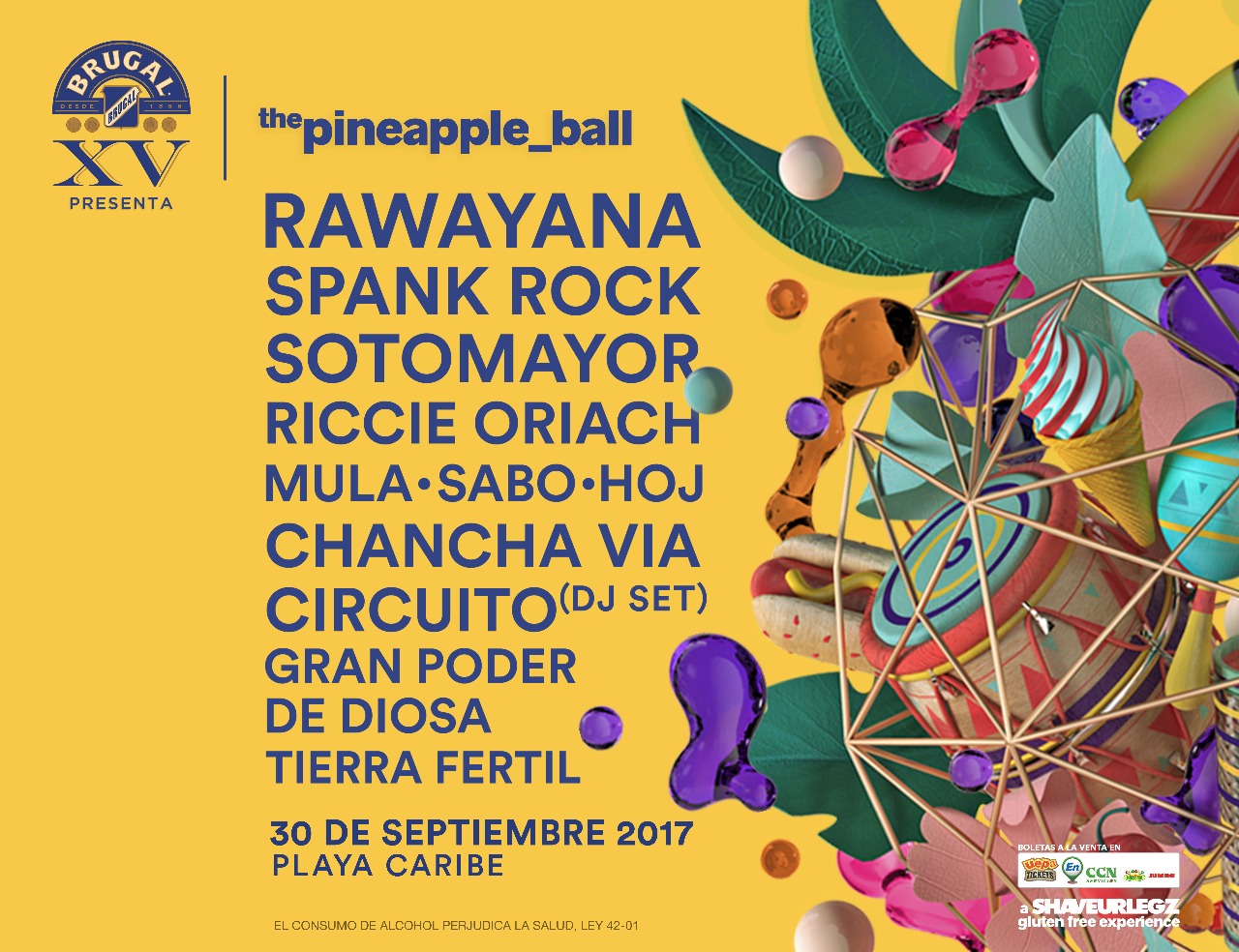 Don’t miss The Pineapple Ball on September 30, 2017. Tickets go on sale on September 15 through Uepa Tickets.