Primavera Sound's Lineup Will Have an Equal Number of Male & Female Artists
Search
Music 12.05.18 at 5:59 pm

For the First Time, Primavera Sound’s Lineup Will Have an Equal Number of Male & Female Artists

Year after year, Barcelona’s Primavera Sound Festival makes the mouths of music fans from all over the world water with its consistently impeccable lineups. Only days before this year ends, the long, long list of names for its 2019 edition has been unveiled.

Right up there with regular festival headliners like Tame Impala, Janelle Monáe, or Interpol is the very best of today’s Latin American, Latinx, and Spanish musical landscape. Cardi B, Kali Uchis, J Balvin, Rosalía, and Empress Of are all part of the massive event, which is taking place on May 30, May 31, and June 1. Squint at the names in fine print and you’ll also find nothing but excellence, with the inclusion of DJ Rosa Pistola, Nathy Peluso, Daymé Arocena, Boy Pablo, BFlecha, Lidia Damunt, and more. But the best example of Primavera Sound’s new commitment to música urbana is the booking of reggaeton legends Ivy Queen and DJ Playero.

You might have noticed that most of the names we just mentioned belong to women. In 2018, Primavera Sound began to actively break down gender barriers at the festival. This is how it became the first festival in Spain to establish a protocol to protect attendees against harassment and sexual abuse, and it grew its female bookings from 12.56% in 2017 to 20.64% in 2018. And now, under the marketing slogan “The New Normal,” it finally achieved equal representation of women and men in its lineup, which is a terrific accomplishment as it is necessary, especially for a festival this big.

As usual, the main Primavera Sound events will be complemented by the Primavera A La Ciutat activities, where you’ll be able to catch shows by Cuco, Christina Rosenvinge, Cupido, and more. Here is the full list of Latin American, Latinx and Spanish performers.

Primavera Sound is taking place on May 30, 31, and June 1, 2019 in Barcelona. Peep the full lineup below and purchase tickets here. 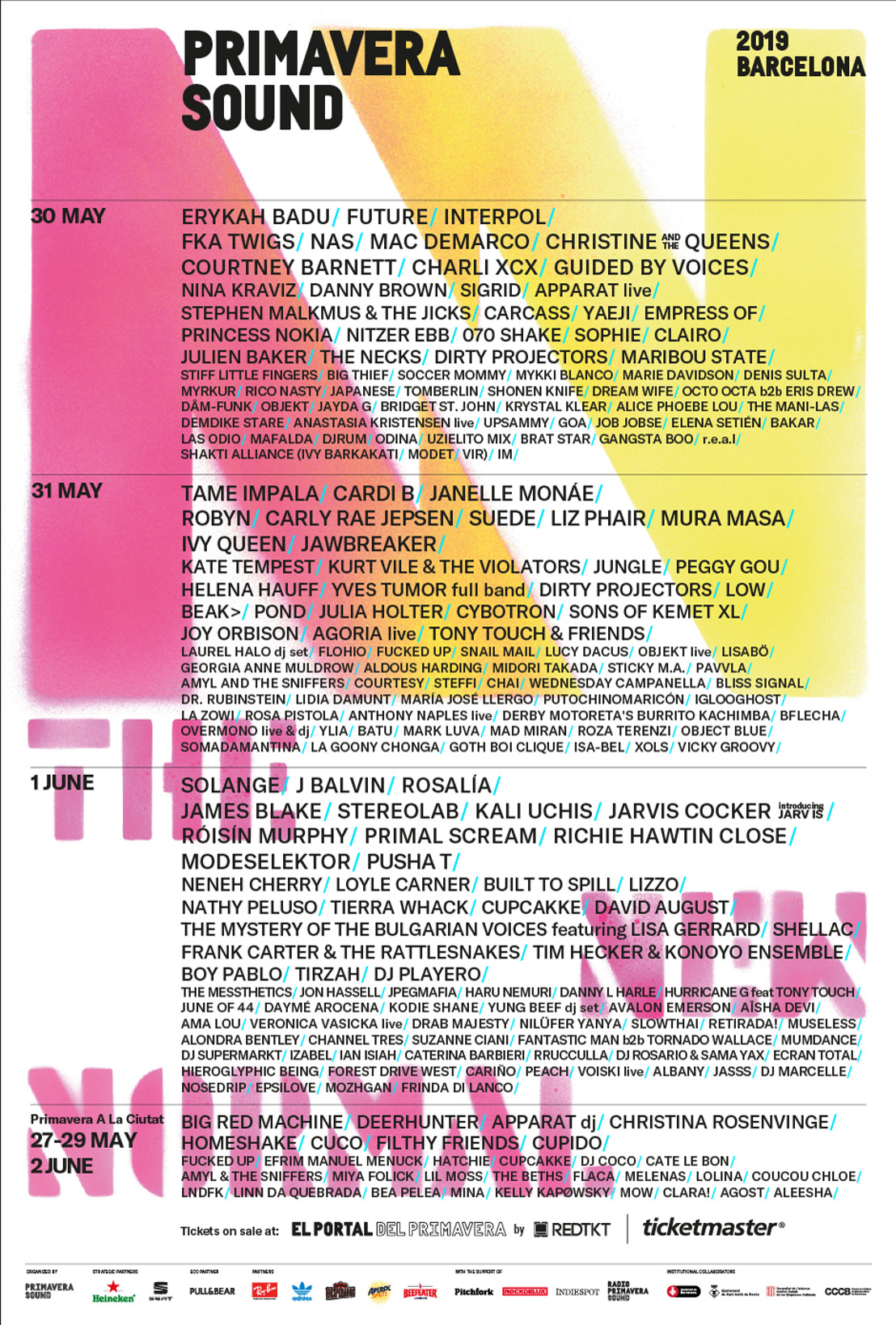