Available for the first time on all streaming services, the remastered and expanded version of Metallic Butterfly features fan favorites like sisterhood anthem “Young Girls,” her love letter to her Afro-Latinidad “Corazón en Afrika,” and “Dragons,” one of her earlier hits. It also features three new bonus tracks: “Earth is My Playground,” “Versace Hottie,” and previously released single “Anomaly.”

For this very special occasion, Destiny Frasqueri shared a handwritten letter from the day Metallic Butterfly was originally released four years ago. “It took me a long time to get to where I am, but I am here and it is everywhere I want to be,” reads the letter, written on Hello Kitty stationery. “A place where both my artistic merit and hard work meet.”

It’s a lovely and intimate portrayal of a young artist who always believed in her talent. She also thanks her longtime collaborator Chris Lare, who produced Metallic Butterfly, 1992, and is her current live DJ. “Now I think I may be ready for a deal,” she wrote. She wanted it and she got it.

Metallic Butterfly (Remastered & Expanded) is available now. Stream it and read her full letter below. 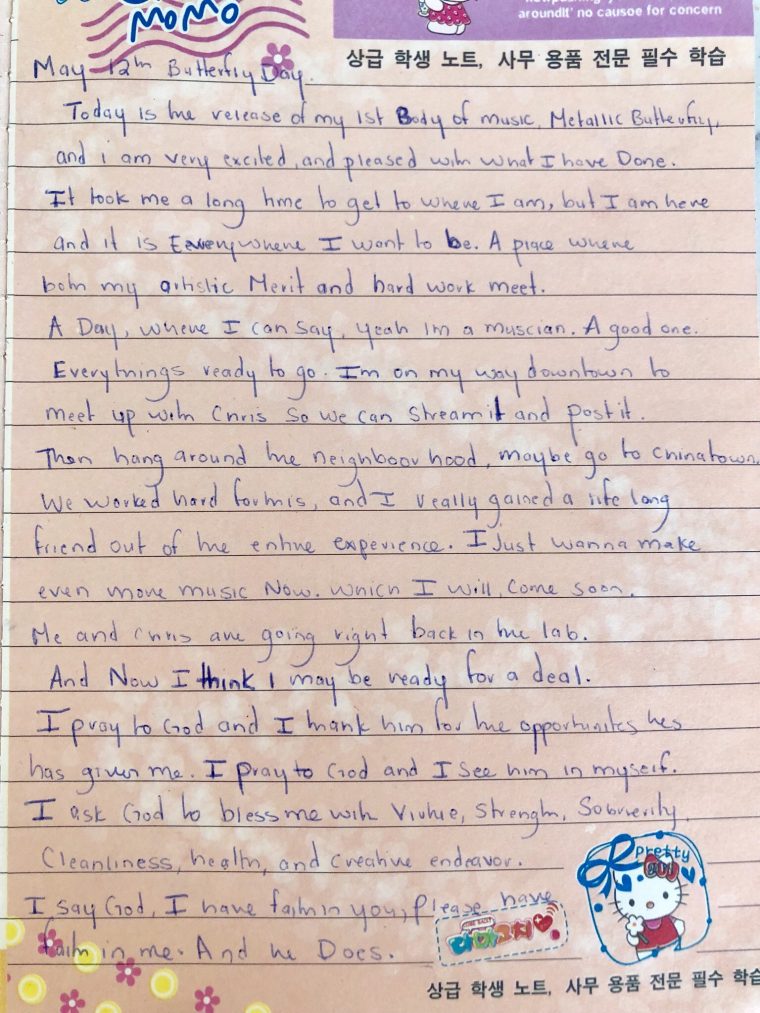