Red Bull Music Academy continues its global takeover with the debut of its Los Angeles edition all throughout October. After successfully holding the month-long event series in cities like New York and São Paulo, RBMA Festival Los Angeles is treating West Coast audiences with a mouthwatering list of cultural and musical happenings all over the city.

Headliners include Brainfeeder luminaries Flying Lotus (who’s hosting a 3-D show) and Thundercat, who are set to perform two nights in a row. St. Vincent is giving us a taste of her new album in a live setting, and film directors Floria Sigismondi and Edgar Wright are both participating as part of the RBMA Director Series.

For Remezcla readers, there’s a healthy series of programming including Latinx talent. Arca Presents A Night With Alejandro is a special performance from the Venezuelan producer in collaboration with artist Taran Allen, where he will most certainly drop new, delightfully warped music. The lineup includes an unexpected but deserved celebration of Mexican and Latinx metal bands called Todo Es Metal, including acts like Transmetal, Disgorge, and Terrorizer.

In addition to a public conversation with Chicana punk legend Alice Bag, expect a wild edition of underground club series Rail Up featuring the party residents and Riobamba, Tygapaw, Nguzunguzu, and many more. You can also check for a performance from Spanish dancehall upstart Bad Gyal. 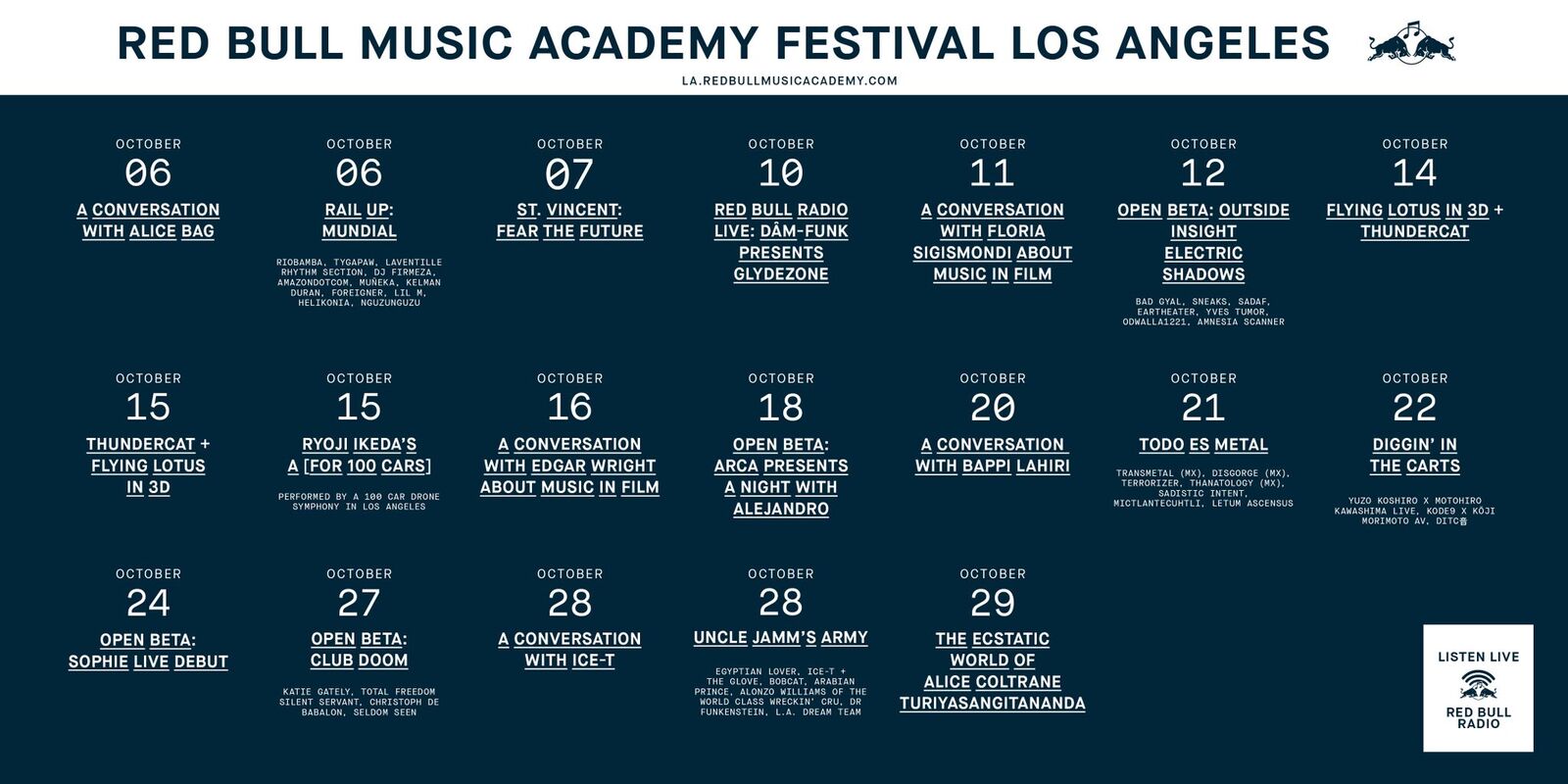