Morrissey and Cardi B to Headline Tropicália Music and Taco Festival
Search
Music 08.07.18 at 8:31 pm

Morrissey and Cardi B to Headline Tropicália Music and Taco Festival

We’ve been patiently waiting for the return of Long Beach’s Tropicália Festival, and now we can finally say it’s back. Today, organizers announced the lineup for the second edition of the Long Beach music and taco festival, whose general market and Latinx-focused curation debuted to rave reviews and sold-out audiences in 2017.

Peep the full lineup below, and start saving that coin for your weekend pass.

Tropicália Festival hits Long Beach on November 3 and 4. Tickets go on sale on Friday, August 10 at 10 a.m. at the Tropicália website. 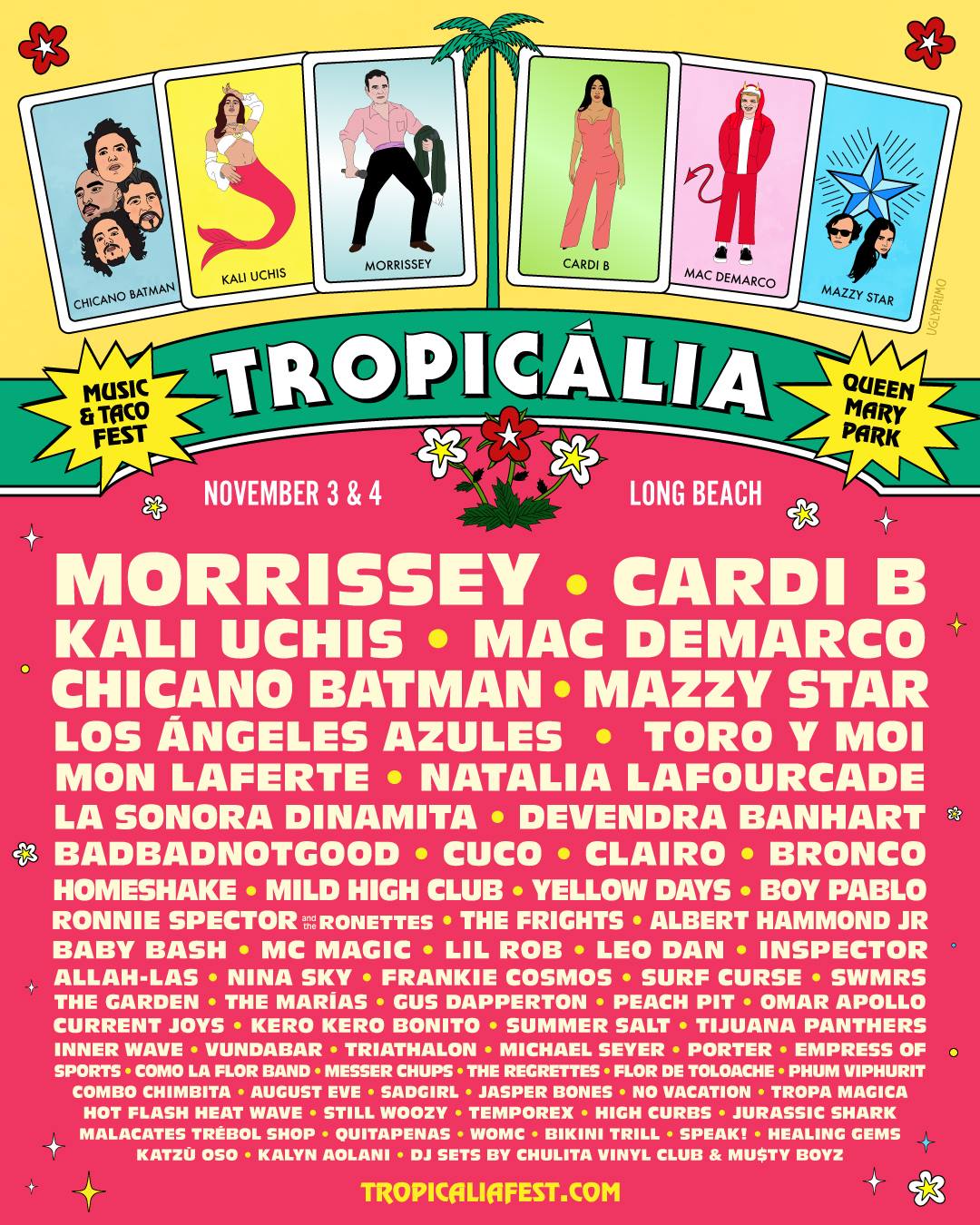