The rumors are true; the recently announced Tropicália Festival will offer all you can eat tacos until 4 p.m. at its November 11 debut. Shockingly, that is not even the best reason to attend the Los Angeles event, whose tickets go on sale this Friday.

That would be the lineup, headed by LA favorite psychedelic funk rockers Chicano Batman, norteño legends Los Tigres del Norte, and Colombian chanteuse Kali Uchis. Eclectic? Further down the bill, you’ll find Colombian cumbia crew Sonora Dinamita, woozy beatmaker Madlib, millennial balladeer Cuco, and “Pony” crooner Ginuwine, proof that Tropicália’s promoters were more interested in programming a dreamy, dancey afternoon into night than adhering to any overly strict schema of genre specificity. (And for that we thank them.) Attendees will be signing up for multiple generations of R&B and hip-hop instrumentals coupled with a healthy dose of regional music veterans, with stops at many stations in between.

And not to belabor this point, but free tacos until 4 p.m. Organizers have specified that this spread, supplied by LA vendors like Carnitas El Momo and Taqueria La Venganza, will accommodate any taco-based dietary restrictions, so carnivores and vegans will have equal culinary motivation to roll up early in the Tropicália day. 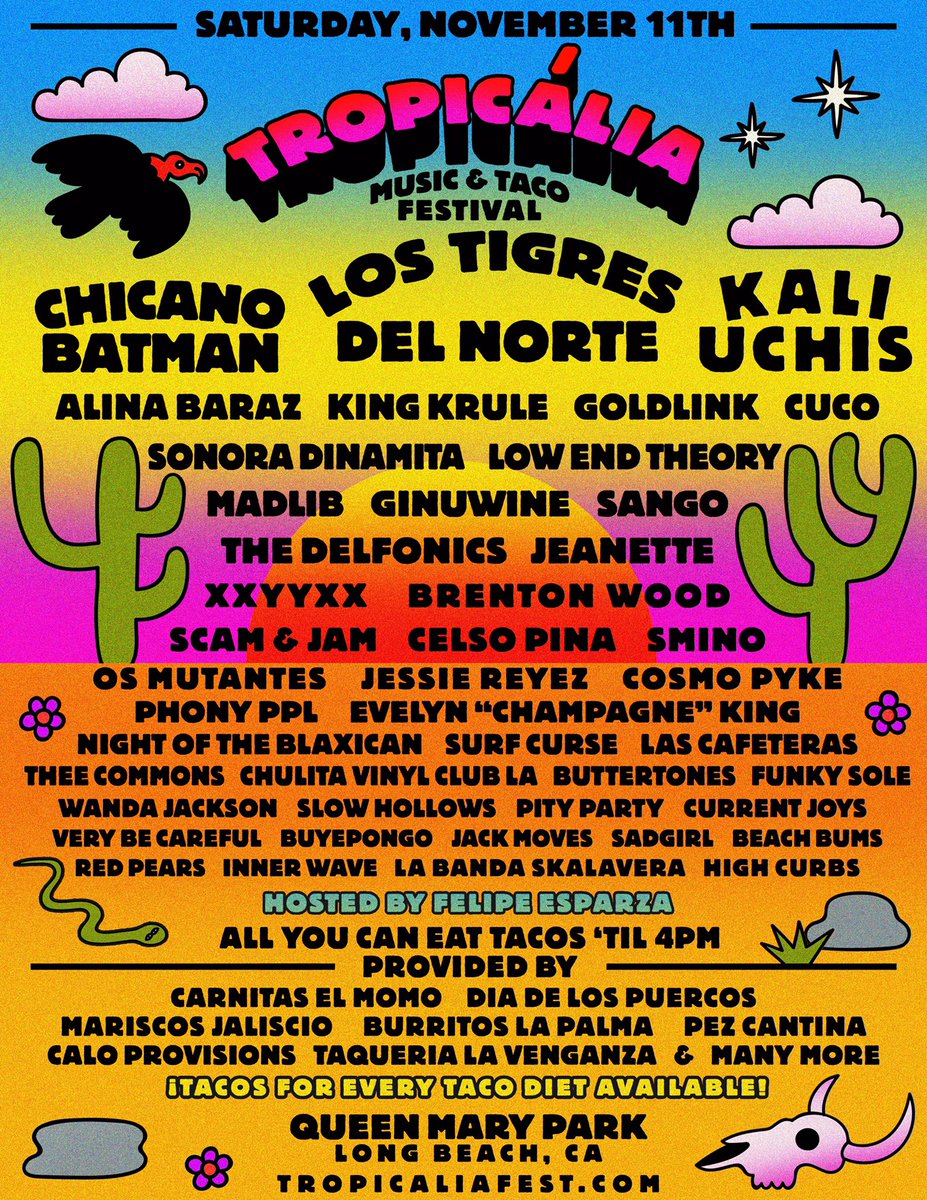