Chicago’s Latinx music scene is having a moment. If you’ve been in the Windy City anytime in the last 12 months, chances are you know that a new generation of young Latinx artists is making its mark on the city’s complex musical landscape, carrying the torch for the Midwestern metropolis’ longstanding punk, hip-hop, and electronic scenes. Though segregation and gentrification have long plagued Chicago’s neighborhoods, its Latinx residents are resilient, and will fight to continue creating art in their homes, no matter the obstacles.

This weekend, Red Bull Music Festival is highlighting the city’s Latinx artists. Xicago will incorporate artists from across the city into a two-stage, all-ages festival. The lineup includes some of the city’s future hometown heroes, like R&B vedette Kaina, avant pop upstart Tatiana Hazel, and 17-year-old indie pop prodigy VICTOR! Mainstays like DJ crew Pachanga, as well as Dos Santos, DJ Boi Jeanius, Navarro, and more are also slated to appear. To add to the excitement, advance tickets are under $10, so you can join the turn up without breaking the bank.

Check out the flyer below, designed by Chicana illustrator Runsy. 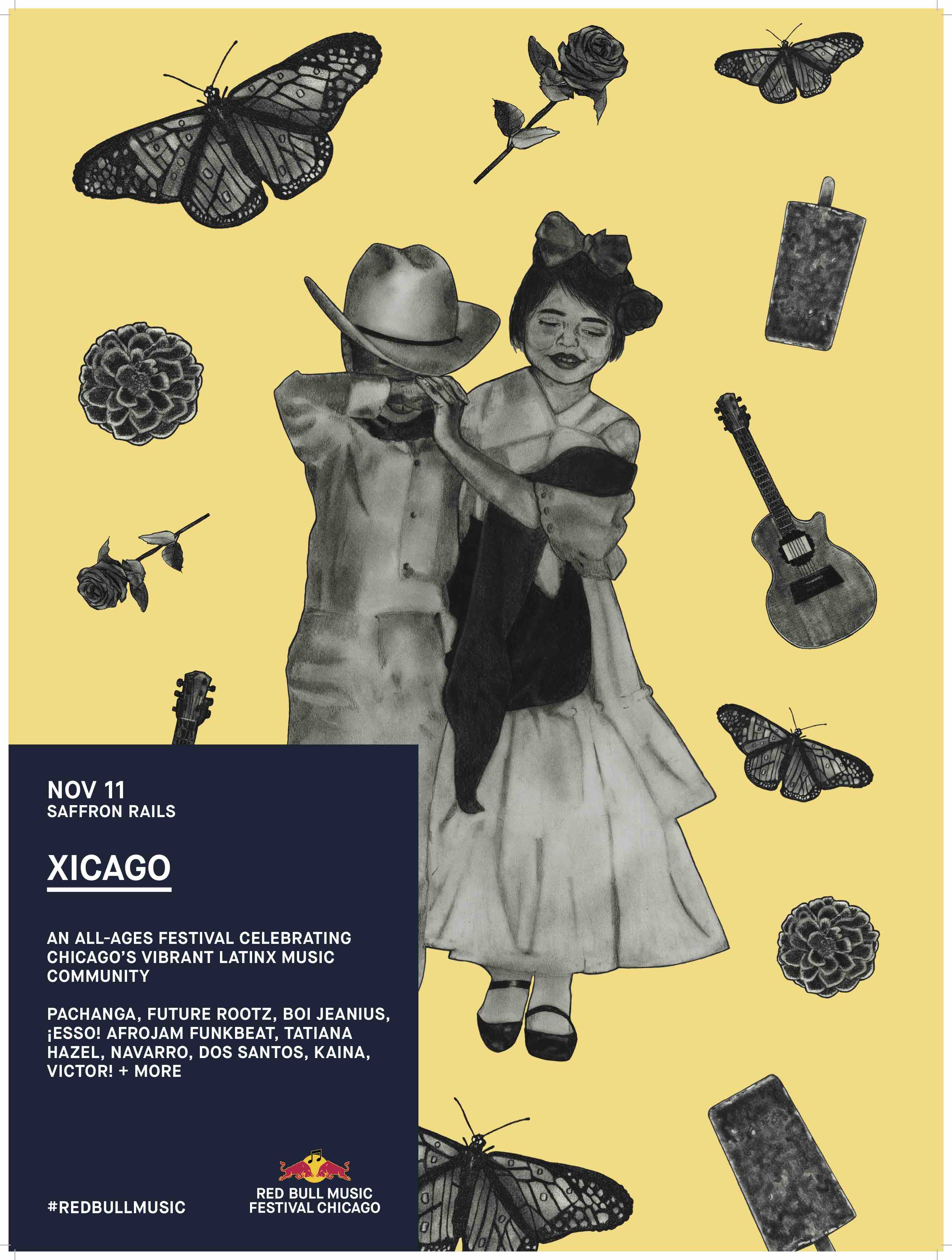 Xicago takes place on November 11, 2018, starting at 4 p.m. To purchase tickets and check out the full lineup, head over to Red Bull’s website.