For years, Dominican ex-pat Alex Ferreira has been putting in work. The singer-songwriter released one music project per year from 2008-2012 and dropped Cinema Tropical in the summer of 2015. The album took Ferreira in a new direction, incorporating electro-pop sounds that mesh nicely with the more traditional Dominican rhythms of his homeland.

With his new project El Frente Caribe, Ferreira crafts a wide range of genre-busting tracks, ranging from bachatas, merengues, and son fusions. “What’s happened over this 15-year adventure is that the distance brought me closer than ever to my roots,” he writes over email. Because he was raised in the city, Ferreira knows his music won’t fit into categories. “What Frente does is special. I didn’t grow up in the campo, so my bachatas aren’t going to sound like Anthony Santos, and my merengues will never sound like Johnny Ventura. Frente Caribe is a mix of many things.”

Instead, the upbeat tracks lean into eclectic digipop beats, most recently with “La Yugular,” the energetic, neo-merengue dance track whose video was released last week.

The stunning black-and-white visuals showcase the group jamming together to an infectious groove, laughing and drinking as they play. Although casually intimate, the video doesn’t lack any energy, calling on the viewer to join in on the good vibes. 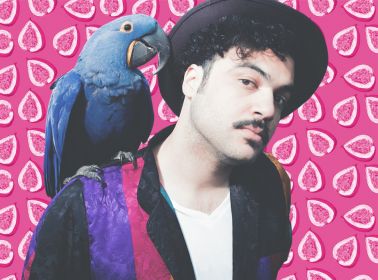 50+ Boleros For Insta Feels, as Chosen By Alex Ferreira