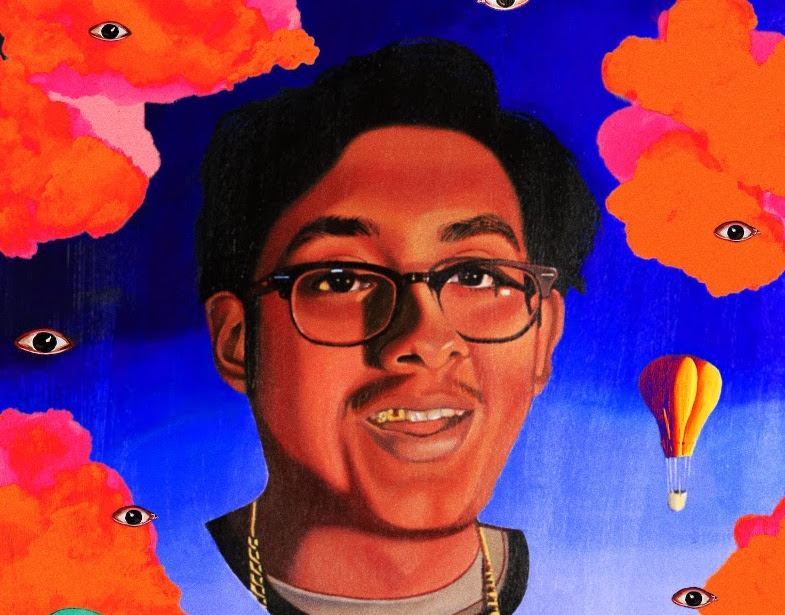 Few 2019 albums have been as eagerly anticipated as Para Mi, the debut full-length from 21 year old Cuco, a.k.a. Omar Banos. Hawthorne, California’s favorite son has been credited with opening up a new lane in the industry with his wavy lo-fi, references pulled from traditional Mexican sound, and SoCal lovers’ rap. The musician and singer has also provided welcome visibility to organizations fighting for immigrants’ rights, and is known for being candid about mental health struggles. Via his handle @Icryduringsex, he is a Pied Piper of depressed Twitter, and a voice for a generation navigating life under an openly racist U.S. government with a sadistic immigration policy. This generation doesn’t always feel great. But don’t expect Para Mi to provide comfort in hard times; right now Cuco is inviting you to join him down in the emotional pit.

One of the big jolts on the album is the realization that Cuco’s broken romanticism now leans deeper into anger. Also, the drugs have gotten harder. His album is an inside look at someone struggling with narcotic use, and may be painful to listen to for anyone whose loved one has battled addiction. It was difficult to be charmed or intrigued by the many “broken windows” crystal meth references that open the LP, but I know there are people who like that kind of thing. Similarly, I understand that there will be a considerable number of individuals who will find lines like “Bossa No Sé’s” “Stupid bitch you came from hell and made me lose my fucking mind” compelling, or truthful.

Cuco sheds some light on the causes of his blues on “Far Away From Home,” its dramatic strings and electric guitar solo underscoring the too-real crush of fame. Life on the road, it is to be understood, is a bitch, and Cuco’s been telling us that from the jump. Two years ago he confessed to Remezcla; “I’m hella lost. This shit is way too fast for me.” (In the same exchange, he discussed how he grapples with the societal expectation that men repress their emotions). The bleakness of life on tour once coincided with something desperately close to tragedy for Cuco’s team. In October of last year, a tractor trailer struck their van. The crash severely injured several in the crew, left Cuco with a metal fixator in his leg, and necessitated the cancellation of the remaining tour gigs. The song Cuco finished in the wake of that fright, “Hydrocodone,” is Para Mi’s lead single. Sample lyric; “I know I wasn’t good enough/I showed you where it hurts/And for what it’s worth, you made it worse.”

Para Mi’s barrage of feel-bad missives hit just like they’re meant to; as a downer. It’s easy to spend a solid portion of the LP waiting for its own “Amor de Siempre,” a Cuco track from 2018 that pulls up happy strings and horns that recall Cuco’s past playing in a mariachi band, or a heart-on-sleeve love song like his Lil Rob and MC Magic crew beat “Search.” 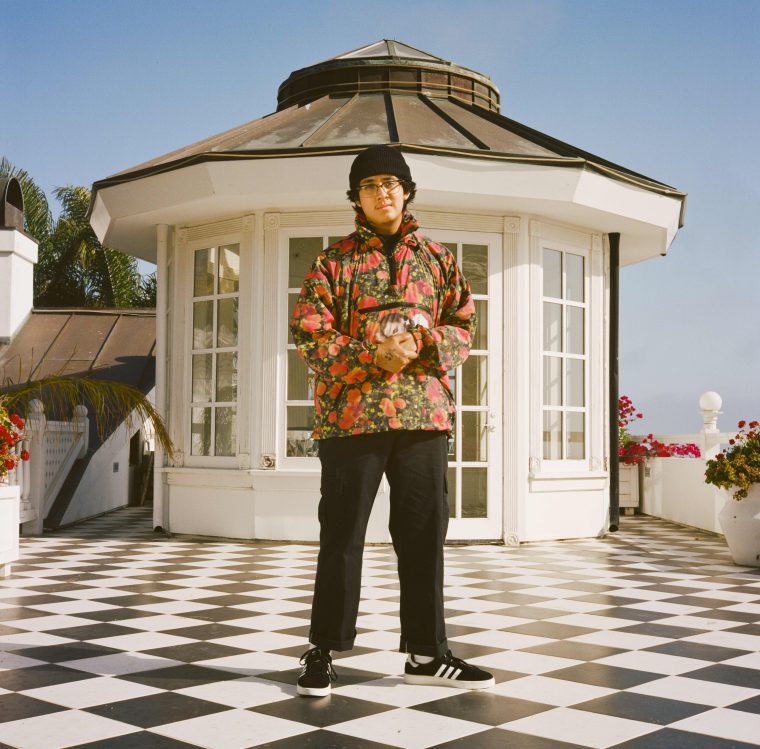 Instead we get the LP’s most significant influence, aside from beautifully woozy, scuffed surf warble; bossa nova. The melancholic Brazilian lounge sound sneaks into “Bossa No Sé,” the aforementioned preview single with rookie Los Angeles rapper Jean Carter. You feel that luxe South American-inspired aura with more force on two other songs; realist-in-love “Best Friend” and the album’s terminus “Do Better.” In “Best Friend,” Cuco stomachs some culpability in his troubles with a friend-turned-lover, hurled with a healthy dose of self-flagellation, of course. “Do Better” delivers the standard fuck boy détente, lyrics that pledge that their narrator will shape up because he loves you. The song fades out before Cuco is done singing the hook, as if production agrees that its lines have been heard before.

Para Mi’s heaviness can be quite palpable. “Keeping Tabs,” delivers the monologue you never wanted to hear from that friend who’s been holed up in their apartment on an amphetamine-hallucinogen cocktail. The title of “Ego Death in Thailand” may suggest having been written on another continent, but it sounds as though Cuco had access to the same dealer there; “The world is ending, it’s so wrong/Take this and fly away/’Til the substance numbs the pain.” Banos’ rather angelic voice brings the listener this moment of ennui over a lush, almost funky arrangement, its molasses-slow beat expressing emotional deadness.

“Feelings,” track five, is a rare moment of peace, its loungey croon floating in on a raft of choral notes and synthy songsmithing. (The music video that underlines this album’s psychedelic shut-in sentiment, directed by Francisco Outon, is cool). The “Perihelion” interlude delivers a singularly spacey, sexy synth moment that I wished would have been built into a stand-alone track. 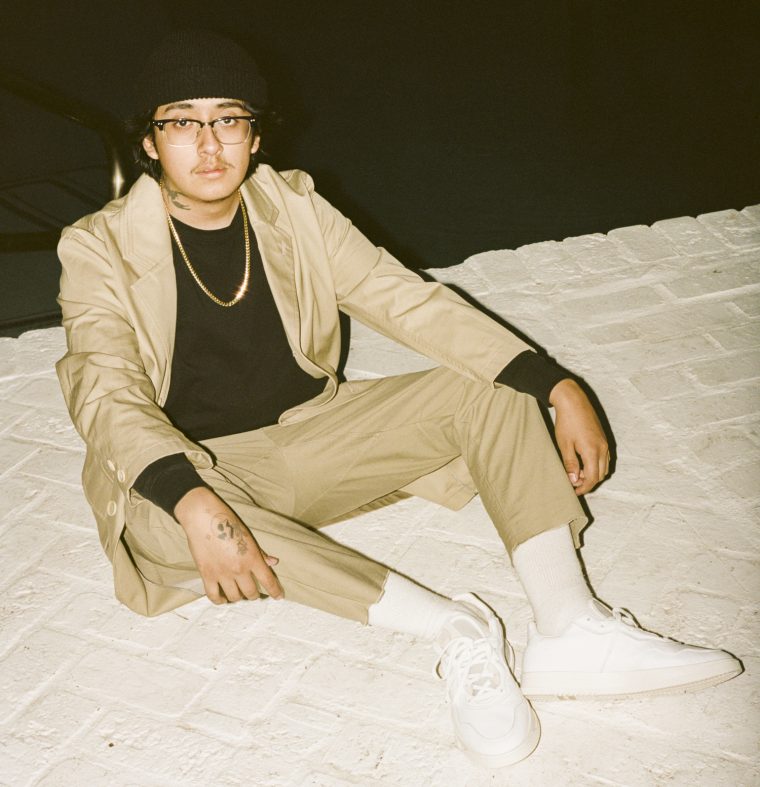 On the tail of Cuco’s historic seven digit record deal, which granted him nearly unheard of control over his output for an ascendant artist, he is the pride and joy of a large segment of Southern California. This weekend, capacity-busting crowds attended his July 28th block party and concert at Downtown LA’s Grand Park, and he received the keys to his hometown of Hawthorne. One of the event’s masterminds, Cuco’s manager Doris Muñoz, is a SoCal luminary in her own right. Muñoz also runs the Solidarity for Sanctuary concert series, which raises crucial funds for organizations that work to protect and empower immigrants.

The point is, the singer and musician comes from a damn good place, and will no doubt continue to break barriers in the industry that should have tumbled long ago. And at the end of the day, if Cuco wants to struggle through addiction issues and dead-end emotive spirals in his first studio album, that’s why we have music. When did he tell us he would do any differently?

Para Mi will sound just right if you need something on which to nurse your summertime sadness. But if amid commiseration you wanted a mission statement, or even a reason to go on, you played yourself. Cuco is not here to offer solutions, unless you count his odes to the numbing effects of some narcotics. And the real bummer of the album could be the realization that if the multi-talented, well-accompanied Cuco can’t get through this, maybe none of us can. 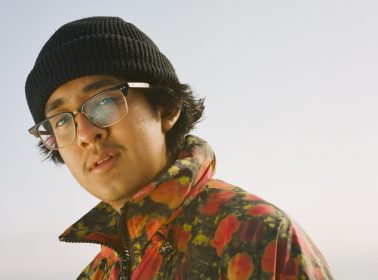 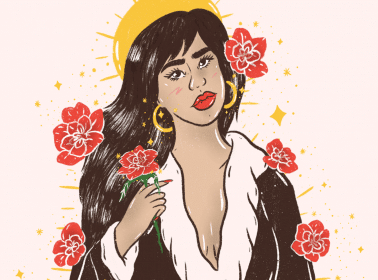 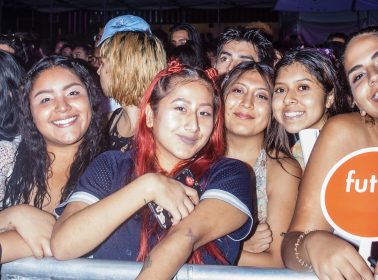 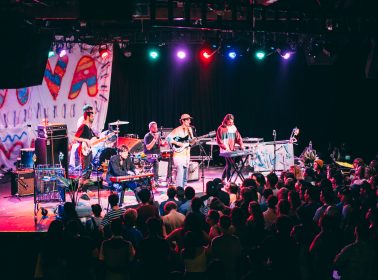 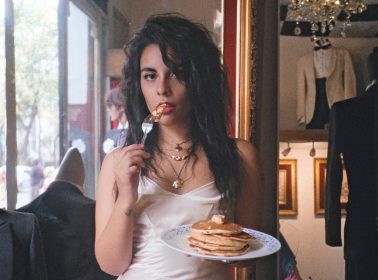 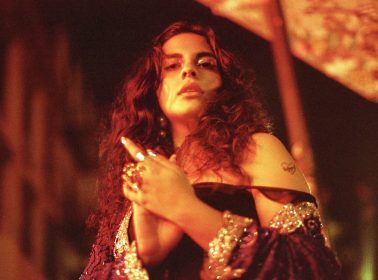 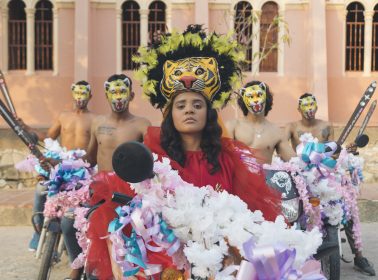