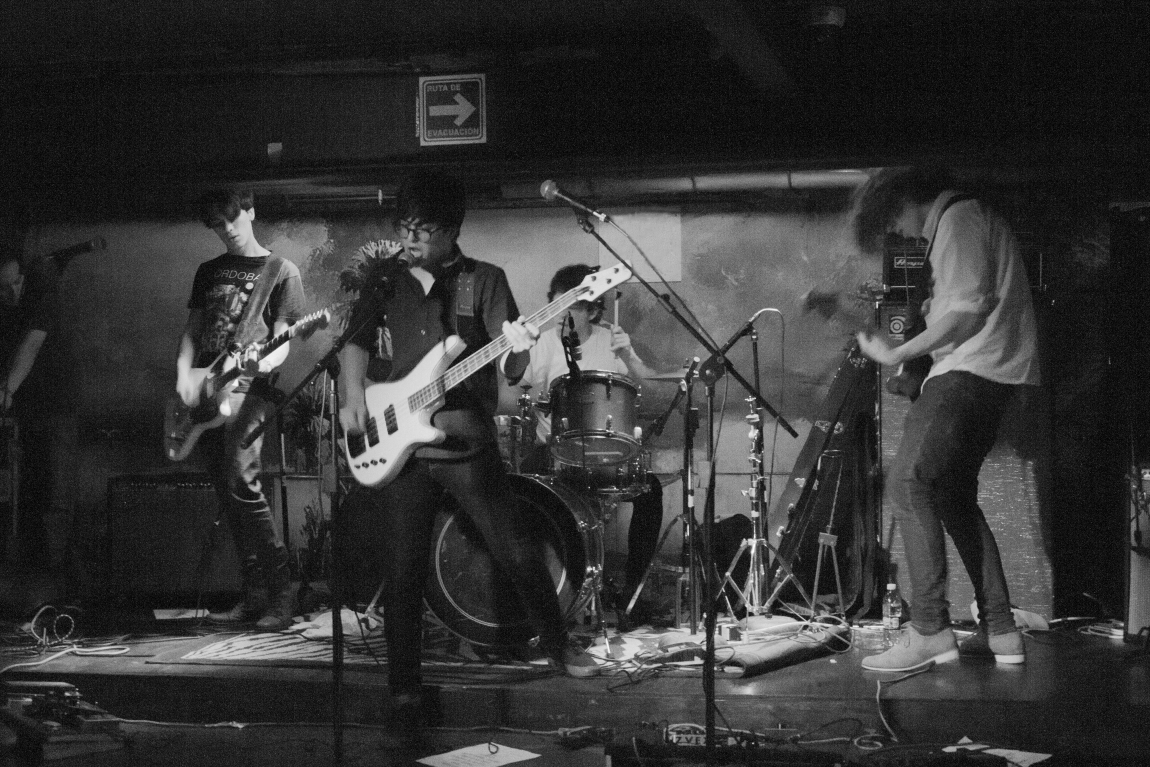 Rock ‘n’ roll should be fun, desperate, and just a hair more than a little angry. For those of us who crave punk vengeance every once in awhile, we thank the gods for bands like El Shirota, who deliver the goods with their new song “Listo (El Tornillo).”

El Shirota hail from Chiluca, Estado de México, and they make it clear that their turf is something to be taken seriously, since they titled their debut EP Chiluca No Es Satélite (separating their hometown from the suburban, more affluent neighborhood nearby). The band has been setting stages on fire in underground venues across Mexico, and playing at many indie festivals in their two-year existence. Their soon-to-be-released second EP is sure to gather more attention for the band and their brand of grungy, swampy garage punk. The EP was produced by Hugo Quezada (of Mexican cult synth band Robota) and mastered by Kramer, who has helmed the board for legendary U.S. indie acts like Butthole Surfers, Galaxie 500, and his own band, Bongwater.

The “Listo (El Tornillo)” video shows Snoopy dancing to the beat of the song, looking like he’s getting the mosh pit started but never showing the actual carnage. Musically, the song is muddy, noisy, desperate, and has just a little glimpse of melody to keep you on your toes. They are true heirs of the 90s punk mercenaries that took garage rock hostage for their violent deeds.

Stay tuned for the release date of the full EP.