Helado Negro's Animated Video for "Lengua Larga" Is Based on His Undocumented Relative's Life
Search
Music 05.04.17 at 10:14 am

Helado Negro has a thing for animated abstractions — take his videos for “Young, Latin and Proud” and “It’s My Brown Skin” as examples. Today, he’s added a new string of visualizations to his creative arsenal with a video for “Lengua Larga.”

The video comes from the brilliant mind of Robert Beatty, a designer whose psychedelic art has graced the cover of Flaming Lips, Tame Impala, and Neon Indian albums. A maze of Technicolor dream doodles form, warp, and recoil to the beat and lyrics of “Lengua Larga,” which Helado Negro explains is a song about wanting to find a place in which you belong.

“The song ‘Lengua Larga’ is about the paranoia of never feeling at home in your home,” he said. “It’s loosely based around my relative, who came over from Ecuador at a young age and stayed as an undocumented immigrant, through high school and got a scholarship to college, but was unable to attend due to legal status. Now, they get by working under the table.”

Helado Negro is getting ready to release an expanded version of Private Energy tomorrow. He’s also calling on fans to submit photos of themselves in “Young, Latin & Proud” T-shirts for an article in Insides, a zine his record label, RVNG, is publishing. You can send your picture and a few sentences about what “Young, Latin & Proud” means to you to getradder@igetrvng.com. 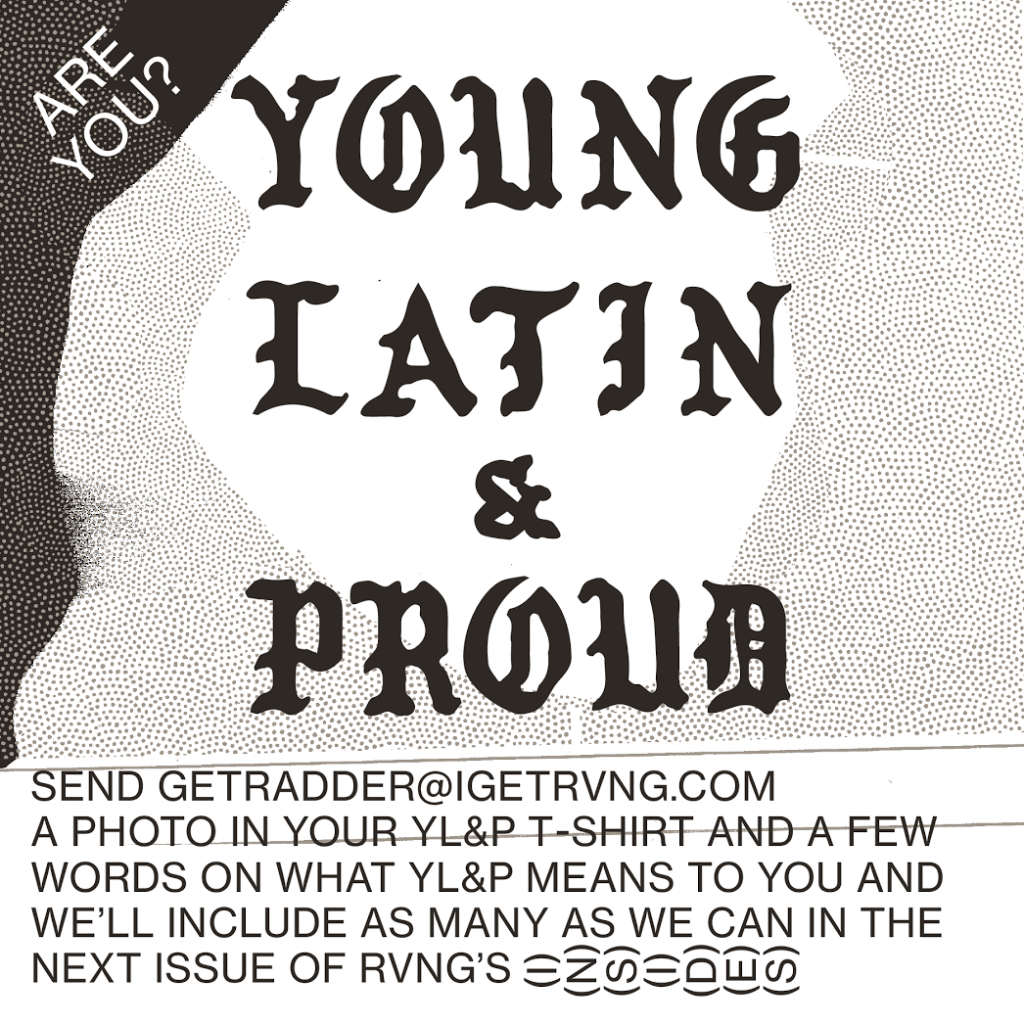