Catch the vibe for Kaydy Cain’s first full length solo album in the the video released for “BB,” the sweet, King Doudou-produced reggaeton plea to a reluctant lover. Keyword for visuals is playful. Kaydy airplanes in a garden in front of laundry lines, keeping a respectful, awestruck distance from his implacable dancer. Here, she’s the cool one in dark glasses and an unfuckwithable calm. Once she fakes like she’ll take the shades off, but it’s a tease. You never see her eyes. Kaydy’s face is everywhere though, pulling a series of shy guy grins and occasionally smelling flowers.

Pxxr Gvng purists will reminisce about the days that Kaydy Cain was a trap artist. But these days the Spanish rapper is feeling high levels of the amor that has always made him the baby faced lady’s man of his crew, his social media long having served to document the stunning women that pass through his life. Maybe this is a key to his success; Kaydy knows that if the women are feeling honored enough to dance, the party’s litness is a guarantee.

“The album is an ode to love through the styles that I like the most these days,” he told Remezcla. About those. There is little new about Kaydy’s reggaeton explorations — the Pxxrs’ Mafia del Amor project has released popular perreo love odes like “Bonita” and “Independiente.” But salsa? Calle Amor’s title track goes there, setting the tone for a dance-oriented LP. “Si Me Meten Preso,” one of the tracks that Kaydy tells Remezcla helps to define the album, is a bad boy’s bachata lament.

Kaydy’s pivot to danceable rhythms was inspired in part by New York salsa legend Hector Lavoe, who the rapper identifies as one of his idols. As of this week, Lavoe’s face graces Kaydy’s left calf in the form of a celebratory tattoo portrait. Kaydy says he’s also gaining inspiration from Ñejo and Tego Calderon, but performers aren’t his only guiding lights. Kaydy says he also draws inspiration from, “My dad, who will always be my idol.” 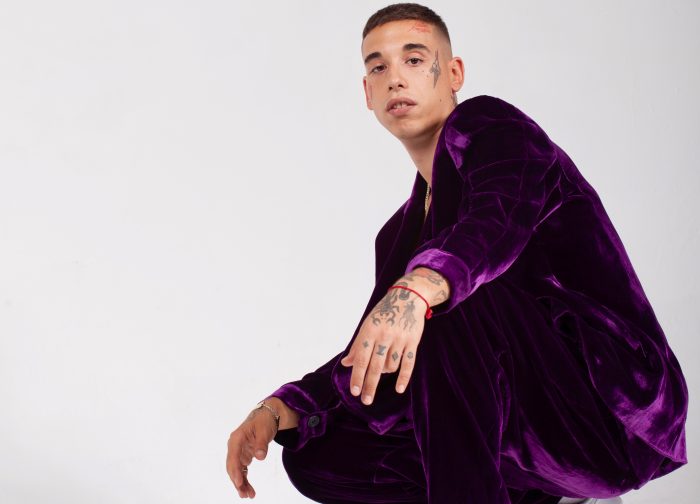 The LP is so enjoyable, it kind of makes you wonder why Kaydy waited so long to launch a full length solo moment. He explains, “I’m better at mixtapes and I thought that an album in ‘traditional’ format would be the best way to define myself right now. I’ve tried to condense all the styles that I like in a single album. It’s like a catalogue of what Kaydy Cain is.”