Pixar’s newest flick Coco is already completely melting our hearts, and it’s not even out in the U.S. yet. The animated film tells the story of a boy named Miguel who, in his quest to become a musician, ends up in a Día de Muertos dreamworld, learning about his family history and heritage. The soundtrack features “Remember Me,” a recent collaboration with Miguel and Natalia Lafourcade that highlights the movie’s themes of honoring past ancestral roots — and it tugs on all the right heartstrings.

In the film, “Remember Me” is the signature song of Miguel’s hero Ernesto de la Cruz, but Lafourcade and Miguel turned it into a delicate acoustic ballad that sees them singing in both English and Spanish. Today, the duo dropped a charming video that follows the film’s Día de Muertos color scheme and aesthetic. The duo sits over a traditionally designed Mexican altar that looks straight out of the movie, lighting candles to remember their loved ones. Lafourcade, wearing her signature crown of flowers, couldn’t fit into the set any better — she even whips out a few folkloric dance moves mid-way.

Plus, the music video includes lots of animated scenes from the film, which should hold us over until Coco is released in U.S. theaters on November 22. The soundtrack also includes Camilo Lara’s Mexican Institute of Sound, and it’s available now on iTunes. 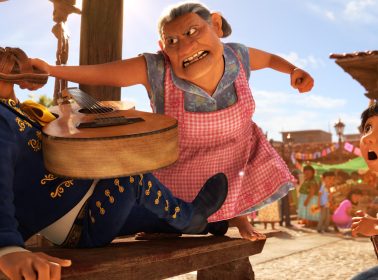 If You Live in a Border Town, Here's Where You Can See Pixar's 'Coco' in Mexico Right Now 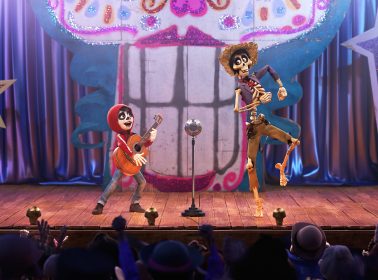 Here's Where You Can See Pixar's 'Coco' in Spanish 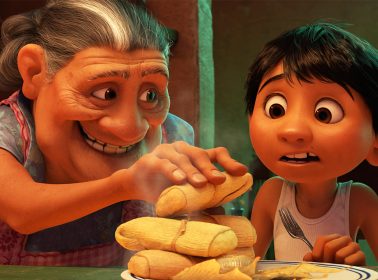 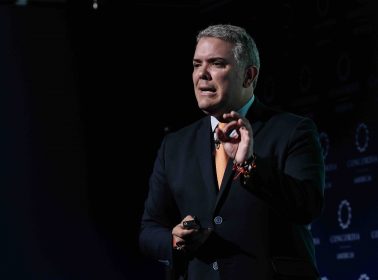 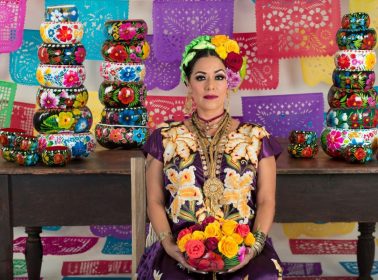