The songs from Whitest Taino Alive’s debut album ¿Dónde jugarán los cueros? and their 2015 self-titled EP have given us enough to chew on for months, so it never felt like the trio left the scene. But their second full-length, Manda Nudes, is a reminder that no one makes hip-hop like they do.

The thick, synth-driven trap instrumentals cooked up by producer Cohoba (aka DaBeat Ortiz) appeal to more than just hip-hop heads. Even though non-Dominicans might find the trio’s signature quisqueyano slang impenetrable at times, WTA’s lyrics are witty enough to transcend the nuances of local dialect; their sense of humor is cheeky enough to draw the attention of even the most laid-back of listeners.

On Manda Nudes, the rappers present a more polished vision of their world of chopería fina. It’s still as saucy as ever, from its hilarious title to its unapologetically Dominican album cover, a reference to the cheap wisdom often displayed on the windows of island guaguas. With their funny, free associative lyrics and novel beatmaking, Whitest Taino Alive continue to have their finger on the pulse of pop culture. 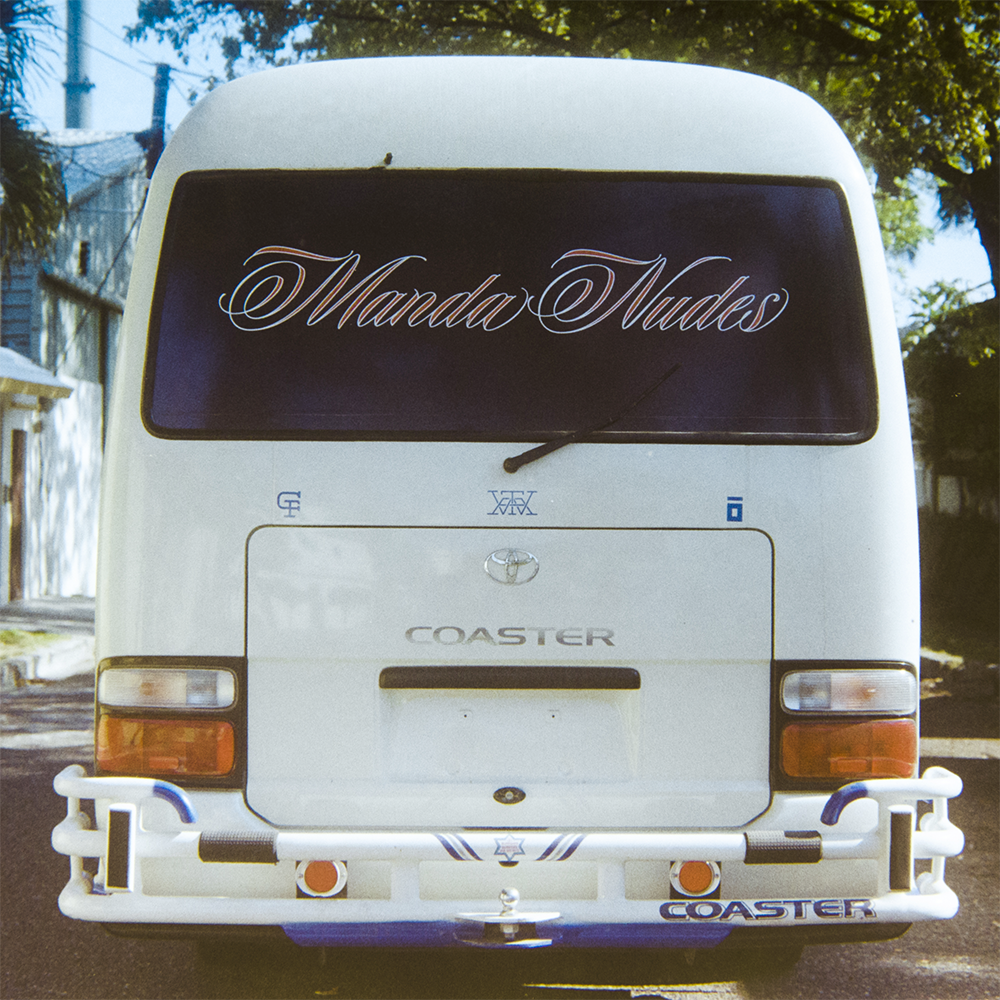 Once again, women are right at the center of WTA’s music. At times, you’ll find yourself wondering if you’ll ever love culos as much as they do. At others, you’ll realize WTA are playing caricatures of Dominican men, including all the tigueraje that implies. Lead single “Mi Musa” is the ultimate ode to nalgas, and on “QLON,” size matters. Fellow quisqueyano rappers La Ñapa jump on “A.V.Q.P.” (an acronym for “a ver qué pasa”), an open invitation to an evening of girls and substances.

The contrast between Jon Blon Jovi’s and Dominicanye West’s cadences embed a sense of dynamism in the album, as the rappers trade off between laid-back and razor-sharp flows. Musical comparisons are an infallible source of laughter, from the “Tu Bono, yo Brian Eno” couplet on “Echame Freco” to “Nosotros Soda Stereo, ustedes La Ley” on “Cheez Whiz.” Manda Nudes overflows with sports references, as the crew drops names like Floyd Mayweather, Karl Malone, Larry Bird, and Michael Jordan – “el 23.” But no one gets a bigger shoutout than mythical Dominican wrestler Jack Veneno, who gives their ice-cold collaboration with Venezuelan producer VFRO its title.

On the beatmaking front, DaBeat Ortiz brings flow caribeño to his trap stylings. On songs like the aforementioned “QLON,” merengue percussion and layered synths soar, resembling some of the trio’s previous productions. “La Empanada,” on the other hand, is a supreme trapchata moment, sampling the rhythm’s “guitarra que llora,” as Dominicanye puts it. Cohoba explored this caribe-futuro concept on his recent joint EP with AcentOh, but here, the Barahona rapper guests on “Ella Tiene Novio,” a track whose old-time samples and Timbaland beat make for more of a U.S. trap concoction. One thing’s for sure: every word in this story about a girl who fools around with other men is undoubtedly Dominican.

The album closes with an invaluable piece of advice to all the players out there: “Y acuérdate que si te mandan foto en cuero no es pa’ que tú le des forward a la vaina, eso es para ti.” This is the cherry on top of a remarkably funny and superbly produced album from Whitest Taino Alive – a sign that they’ve returned to the Dominican rap game in full force, and that no one can do it like they can.