Arturo Vidal Throws Shade at Cristiano Ronaldo Before Confed Cup Semis: “For Me, He Does Not Exist.” 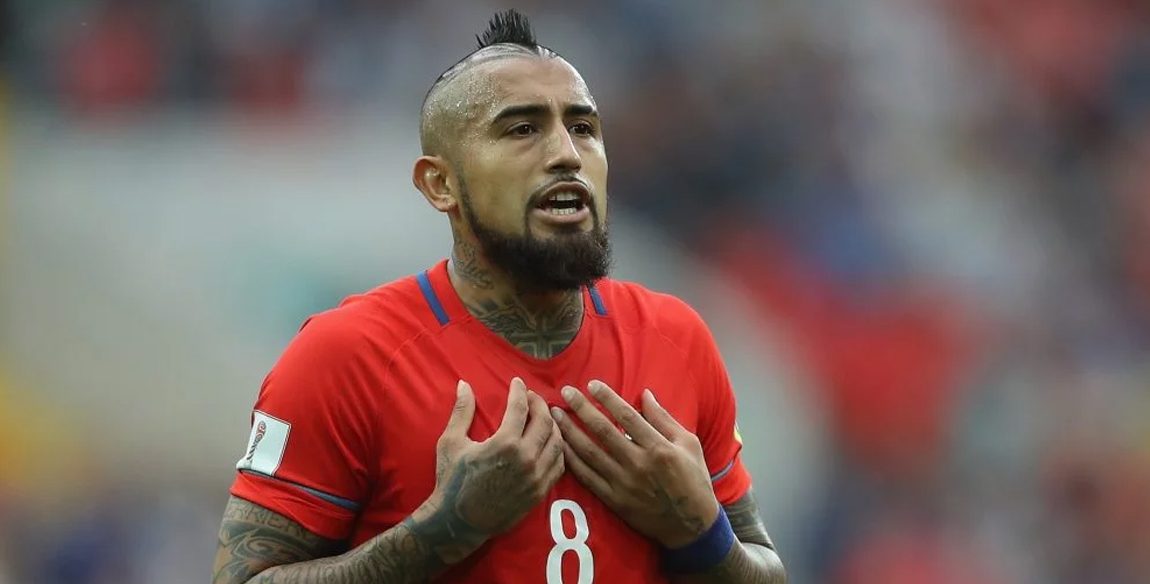 +
Arturo Vidal of Chile reacts during the FIFA Confederations Cup Russia 2017 Group B match between Chile and Australia at Spartak Stadium in Moscow, Russia. Photo by Francois Nel/Getty Images

Bayern Munich midfielder Arturo Vidal has never been one to hold back an opinion, and the bad boy of Chilean soccer is back at it again. Ahead of his team’s Confederations Cup clash with Portugal, Vidal took time out of training to lob some weighted comments in the director of Cristiano Ronaldo.

When asked about the prospects of playing against Ronaldo, Vidal pulled no punches. “Cristiano is a smart ass. For me, he does not exist.” The Chilean national went on to say that he’s already told some of his German club teammates that he will see them in the final, completely overlooking the Ronaldo-led Portugal squad. “I already told my teammate at Bayern, Joshua Kimmich, that we will meet again in the final,” after Chile and Germany’s back-and-forth 1-1 draw earlier in the tournament.

Vidal’s hostility towards the Real Madrid star likely stems from a controversial match in the quarterfinals of last season’s Champions League. After Ronaldo scored two goals that were shown to be offsides, Vidal got himself sent off in another questionable referee decision. Bayern Munich would go on to lose that match 4-2 in extra time. Following the match, which resulted in Bayern’s elimination from the Champions League, members of the Bavarian side went public with comments regarding possible favoritism by the referees towards the Spanish giants.

Coming into the Confederations Cup semi-final, Portugal has been dominant, with group stage wins against Russia and New Zealand, as well as a draw with Mexico. Ronaldo has two goals in the tournament so far, and he was named Man of the Match in each of his side’s three games. Chile has had a bit of a rougher ride, winning 2-0 against Cameroon before clawing out draws against both Germany and Australia.

Emotions are already running high going into the semifinals of what is supposed to a warm-up tournament, but one players still want to win for their countries. After all, no one is going to tell Vidal to show any sort of chill, and his comments against Ronaldo are proof of that.

Can Chile Wash Away Argentina Despite a Slow Start at Copa América?