No, Bruce Arena, the USMNT Isn’t Losing Because of Trump 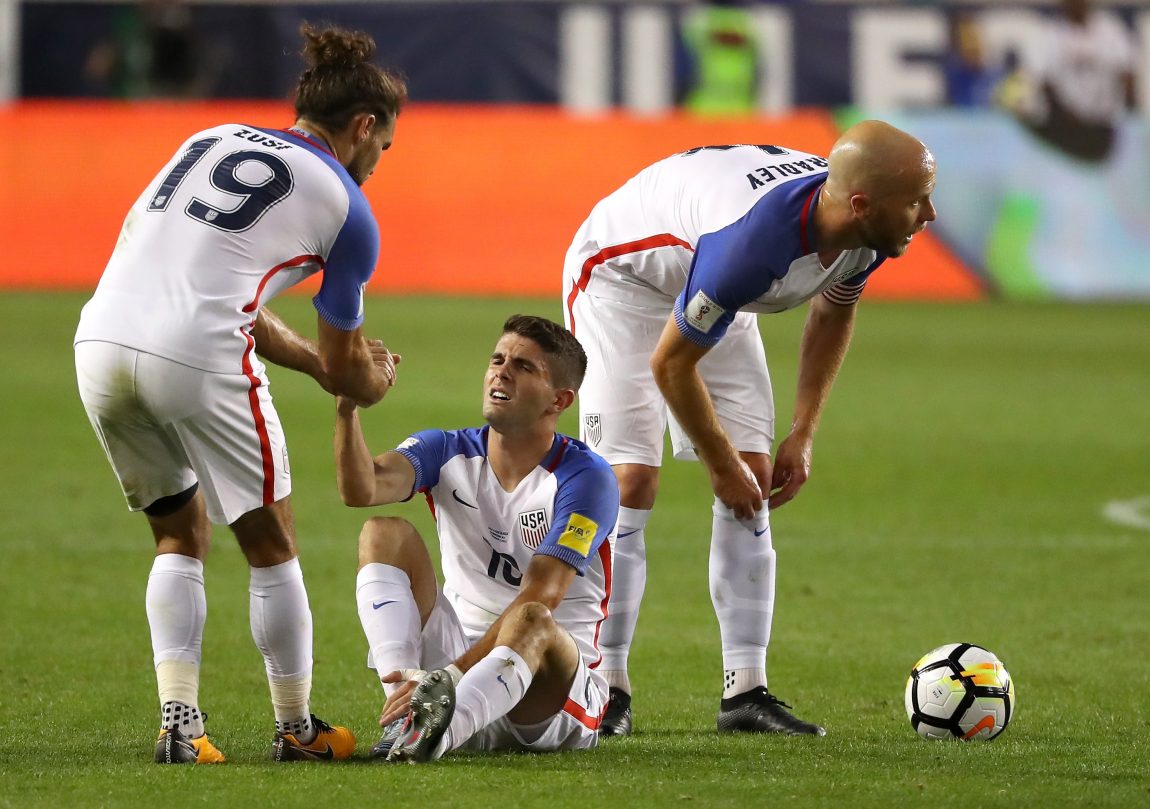 +
Christian Pulisic is helped up by teammate Graham Zusi after a foul against Costa Rica during the FIFA 2018 World Cup Qualifier on September 1, 2017. Photo by Mike Lawrie/Getty Images

Before the United States Men’s National Team squeaked and lucked their way into a 1-1 draw against Honduras in the most recent round of CONCACAF World Cup Qualifiers, manager Bruce Arena tried a new, perplexing strategy to throw blame off of his team selections and less-than-ideal tactics. The 65-year-old retread boss for the Stars and Stripes has a hypothesis that it’s not the World Cup that’s motivating the countries of the region to beat the US; no, it’s Trump’s fault.

Specifically, Arena had this to say about the US’s recent struggles on the field: “Our immigration policies are impacting people in Central America, right? There is probably a little bit of anger over that and then you get your national (team) with a chance to play (against) the U.S. I’m sure it becomes very meaningful.”

Let’s get this out of the way: Arena is wrong. While the imperialistic tendencies of the US have always painted it as the Big Bad of the region, that generally has not translated into soccer. At least, not for anyone not named Mexico, who showed up with “pendejo” posters for Trump at the Azteca in June. For Arena to use this political moment to throw some of the heat off himself and his squad makes sense; after all, who isn’t blaming Trump for everything nowadays? The difference is that, while 45 is threatening to destroy families via rescinding DACA and might drag everyone into a nuclear war, his anti-immigration stance has not had a concrete impact on the USMNT.

When his comments first came out in headlines like “US Manager Bruce Arena Blames Donald Trump For World Cup Qualification Woes,” the first thought that came to mind was that Arena was blaming Trump’s proposed immigration restrictions for not allowing naturalized players to play for the US. That’s a more interesting argument, albeit one that can’t be placed on Trump, as it has simply not been enough time to have such wide-reaching implications to his policies; also, Arena himself has come out against the idea of so many foreign-born players suiting for the USMNT.

Instead, that Arena believes the US won more comfortably in years past simply because of a lack of motivation from its rivals is both foolish and arrogant. It ignores that a spot in the World Cup is more than enough motivation for countries like Honduras and Costa Rica, so often overshadowed by the bordering duopoly of El Tri and the US, to come to play.

Arena’s argument also ignores the fact that the US is just not good right now, and a lot of that blame has to fall on him. MLS has improved by leaps and bounds in recent years, but it’s still illogical to pull an almost-entirely domestic starting XI out of the American league; aside from Christian Pulisic, that is. The 18-year-old Borussia Dortmund wunderkind has been the star of the USMNT, and has provided plenty of key goals and assists in the brief turn-around that took place when Arena took over for former coach Jurgen Klinnsman. The problems that arose out of the 2-0 home loss to Costa Rica–the worst US performance in recent memory–and the 1-1 tie away to Honduras happened because both teams double-marked and fouled Pulisic out of the game, and Arena had no backup plan.

Was it a desire to stick it to Trump that drove Costa Rica’s Marco Ureña to score two goals past a leaky US defense? No, probably not. And it sure wasn’t an act of solidarity for Honduras to dominate in the heat of San Pedro Sula, dropping points only after a messy goal by the US’s Bobby Wood. It was the same problem that has ailed the US for years, with some brief hopeful lulls: in a nation that treats soccer as anything but its main sport, they will always need to catch up with its continental rivals. To try to shift the blame from that reality and his own personal lack of tactical acumen is a cop-out move; to do that by latching on to a very real and very scary reality for immigrants in the US borders on irresponsible and callous.

Never mind the fact that the USMNT has been vocally–and symbolically–against Trump’s anti-immigrant, and anti-Latino, rhetoric from the start. One need only look at their show of unity with El Tri in Columbus last November to see that. If Arena assumes that CONCACAF rivals care so much about Trump’s immigration policies so as to fight harder against the team, he should also realize that those same rivals would appreciate the gesture, or captain Michael Bradley’s anti-travel ban comments. In fact, of all of the US players, the only one that has come out in any form of support for Trump is defender Geoff Cameron, who plays poorly without needing any outside influence anyway.

If the US is to avoid total qualifying disaster in the next two games come October, Arena will have to look internally and figure out how to get past a resurgent Panama at home and then an always-dangerous Trinidad & Tobago on the road. Despite what Trump is doing to Dreamers and what he’s always wanted to do to Mexicans–how’s that wall coming, my guy–Panama will be competing to clinch its first World Cup qualification ever, not to throw a middle finger at Agent Orange. Whether Arena feels like Trump is giving the US a disadvantage or not won’t matter when the teams take the field in Orlando on October 6. All that his comments do is give him a straw-man scapegoat, one that will blow over with the smallest huff and puff, and one that will take the US’s World Cup chances with it if Arena doesn’t address the real issues plaguing the red, white, and blue. 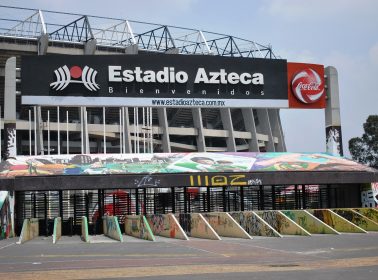 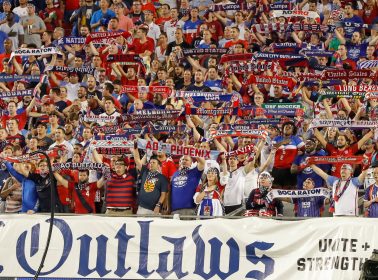 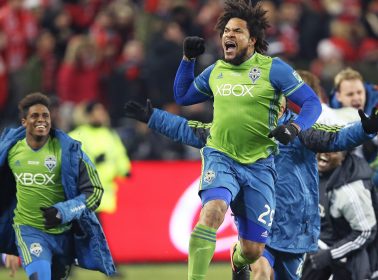