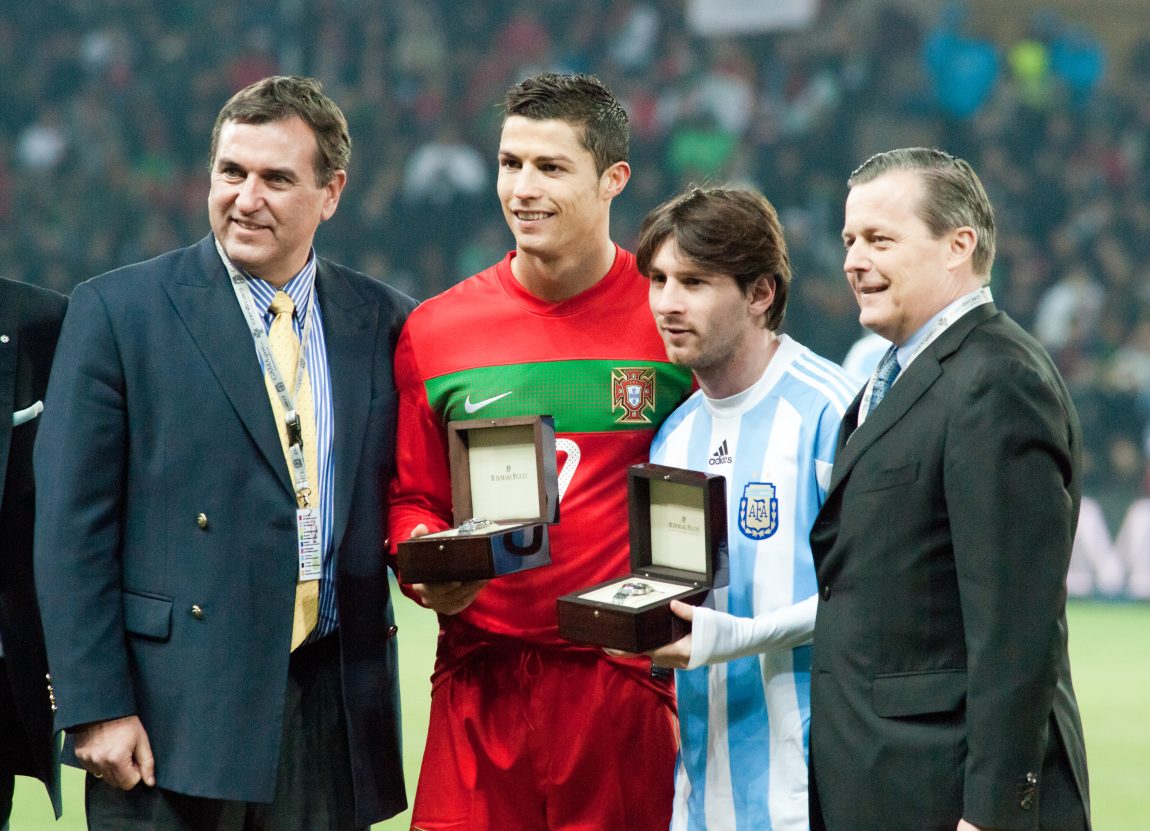 The supposed rivalry between Cristiano Ronaldo and Lionel Messi has been at the forefront of football for some time. Together, they have won the last nine FIFA Ballon d’Or trophies (a record 5 for Messi, and 4 for Ronaldo), have routinely scored over 50 goals in a season, and they are the only two players to score seven UEFA Champions League hat-tricks. It’s no secret that these guys are the best soccer players in the world, but is there truly a rivalry between them?

The answer seems to be “no.” The competition between Messi and Ronaldo seems to be more media- and fan-fabricated than anything, as seen most recently by their comments on one another. Less than a week ago, Cristiano Ronaldo acknowledged that he enjoyed watching Lionel Messi play and, most recently, the Argentine striker went ahead and returned the nod, highlighting his appreciation of the Portuguese superstar.

When asked about the rivalry, Messi said, “That is something more armed by the press than by us. What we want is to do our best every year, do the best, and what is spoken from outside I do not give importance to. He is a phenomenal player with a lot of quality, who has many qualities, that every year is exceeded, and that is why he is one of the best in the world.”

Ronaldo has also rejected the existence of a rivalry between him and the Barca striker, stating that he saw him as more of a peer. “It’s not that I go to his house and (we) eat together. He is not a friend, but I consider him a companion by profession and not a rival because I don’t like it, comparisons,” the Real Madrid star said.

This is not the first time Messi and Ronaldo have downplayed their alleged rivalry. In 2012, Messi once again placed blame on the media for pitting the two athletes against one another. “It’s only the media, the press, who wants us to be at loggerheads but I’ve never fought with Cristiano,” said Messi.

It’s clear, there’s no conflict between the superstar footballers, just a hunger to be the greatest. They inspire each other to elevate their games to the next level. “I think we push each other sometimes in the competition, this is why the competition is so high,” said Ronaldo.

Aside from praising his Portuguese counterpart, Messi also spoke this week of his disappointments with last season. “Whenever a new season starts it (has) to be better than the last. We play to achieve more, we play to get more titles, to be in the finals of (the) Champions League, to win La Liga. It didn’t happen this year. We tried, but it didn’t happen; we ended it with La Copa. We hope that the year to come is better in the aspect of titles.”

In more long-term goals, Messi hopes to stay at the Camp Nou until he rides off into the soccer-playing sunset. “(Staying here) is what I have always wanted, what I have always dreamt of. I said that I would like to end my career in Barcelona, and we will see if it ends that way.”

The King Has Spoken: Pelé Declares Messi the Best Player of the Last Decade

Ronaldinho Names the Greatest Player in the World, and It's Not Messi or Ronaldo

Hate Him All You Want, But Cristiano Ronaldo is Now One of La Liga's Top 3 All-Time Goal Scorers