Maradona Supports VAR Technology, Even Though His “Hand of God” Goal Wouldn’t Have Counted With It 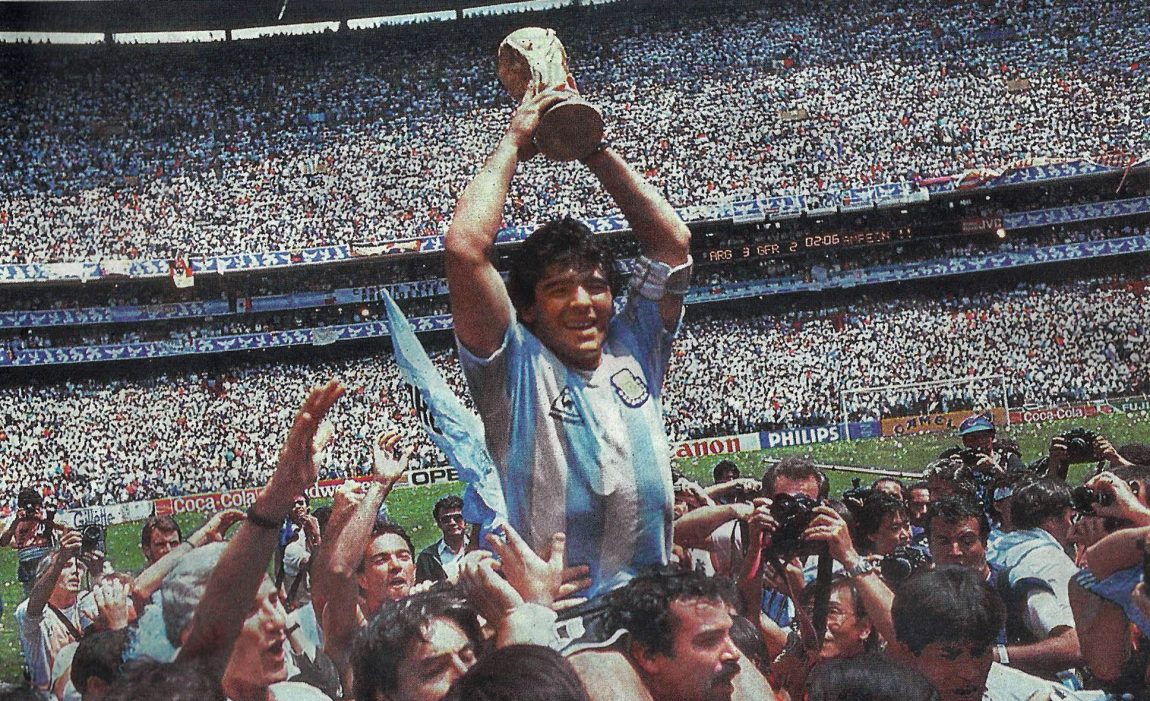 Thanks to soccer’s new experimentation with the Video Assistant Referee, calls that were once disputed can now be verified and corrected in a moment’s notice. On the flip side, having the technology so readily available has led to revisionist history for sports fans, and even players. Case in point: this week, Argentinian soccer god Diego Maradona spoke with FIFA.com in favor of the VAR, while also admitting that his infamous “Hand Of God” goal would not have counted if the technology had been in place back then.

“Football can’t fall behind,” said Maradona. “Given the rate at which technology is advancing and the fact that every sport uses it, how can we not think about using it in football?” Maradona has a point here: replay has been implemented in most major sports and has already had many of the kinks worked out, and surely soccer will work through those same growing pains in time.

“People used to say that we’d waste a lot of time, that it would cause a lot of annoyance. But that’s not the case,” he continued. “People get annoyed when something that shouldn’t be given is given, or when you have a goal wrongly disallowed. Technology brings transparency and quality, and it provides a positive outcome for teams who decide to attack and take risks.”

In the honor of true transparency, Maradona went on to say that his now infamous 1986 World Cup handball would’ve been disallowed by VAR. “Obviously I think about it whenever I show my support for the use of technology,” he said while laughing. “I thought about it and, sure, that goal wouldn’t have stood if (the) technology had been around. And I’ll tell you something else: at the 1990 World Cup I used my hand to clear the ball off the line against the Soviet Union. We were lucky because the referee didn’t see it. You couldn’t use technology back then, but it’s a different story today.”

Choosing not to just shine a light on his own moments, Maradona went on: “It’s not just my goal in ‘86 that wouldn’t have counted. Let’s not forget that England won the World Cup in ‘66 with a shot that didn’t go over the line. Then it happened to them in 2010, when (Frank) Lampard’s shot crossed the line against Germany but wasn’t given. England had the ball and scored the goal they deserved, but Germany grew in confidence after that and it changed the match completely.”

Of course, those moments have come and gone and the results will stay the same, but there is a hope to get things right in the future. Then again, the fact that we’re still talking about things like the England goal in 1966 over 50 years later proves that some human error is quite ok in the world of soccer. And so, the debate will rage on.