You and your boy are at the local cascarita ground sporting your Tigres jerseys when suddenly, four dudes roll up on you. They want your ball and a piece of your pride as well. What do you do? Never fear, because Rob Schneider has your back! Well, him, Andre Pierre-Gignac, Hugo Ayala, and a few other felinos too.

The above scenario comes to us thanks to Nuevo León’s Tigres as a way to pump up its fellow felinos for the current liguilla. Tigres edged its way into the eight-team tournament of the Liga MX Clausura for a chance to lift the trophy at the end of the season and the team’s organization was quick to galvanize support with an advertisement.

Schneider, the team’s most well-known fan outside of Mexico, dons a bizarre faux fro and his worst moves to help out the two youngsters in question. “Un Tigre nunca deja solo a otro Tigre,” he proclaims. While we don’t know if Schneider is imitating a specific Tigres fan or player by wearing that afro, it’s definitely a strange choice. Thankfully, French forward Gignac and a handful of other Tigres players arrive to help out.

Unfortunately, not a single aficionado was able to enter the pitch to help Tigres at their home turf of El Volcan. The team lost to local rival Rayados of Monterrey in the Clasico Regiomontano thanks to goals from Carlos Sanchez, Dorlan Pabon, and Rogelio Funes Mori. Rafael Sobis knocked in the lone goal for los felinos.

The liguilla action will continue on Saturday when Tigres head to Estadio BBVA Bancomer in search of the three goals necessary to advance to the next round. Will Rob Schneider’s strange fro be enough to pull Tigres to victory in the Clasico Regio part 2? 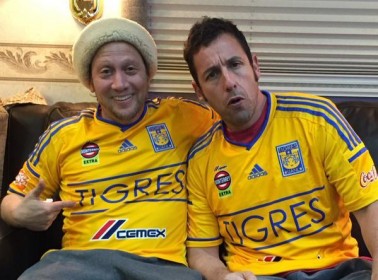 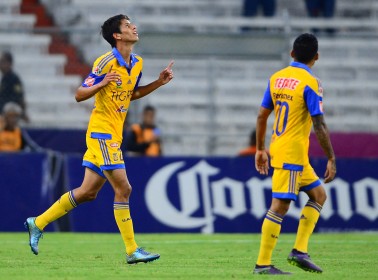 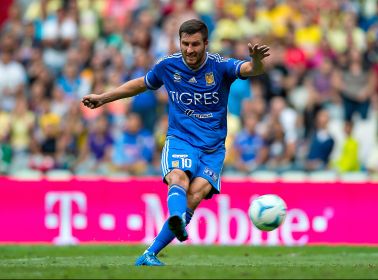 The Strange Case of Andre-Pierre Gignac: A French Forward Who Picked Liga MX Over Europe