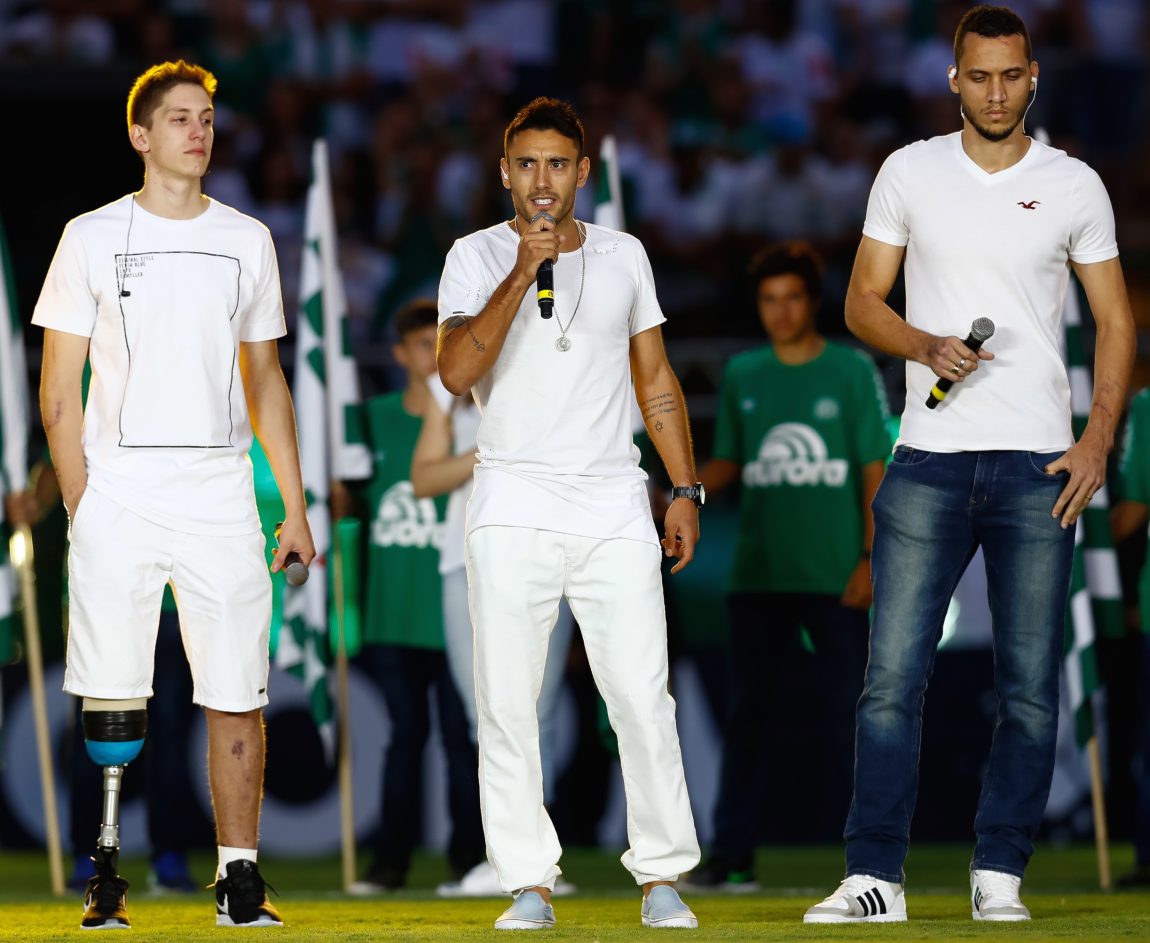 One of the more heartwarming tidbits to come out of the tragic Chapecoense plane crash was the support the club received from the global soccer community. Amongst those that offered aid in the aftermath of the November 28th accident that claimed the lives of 71–including 19 players–was FC Barcelona, who invited Chape to play in the Joan Gamper Trophy match, the Catalan club’s annual high-profile friendly that takes place on Monday at the Camp Nou. Joining the Brazilian side on the pitch will be Alan Ruschel, one of the three players who survived the crash.

Ruschel had suffered what was called a “severe back injury” but, following successful surgery and rehab, has been deemed match fit by the Chapecoense brain trust. No word on whether he will start or come off the bench, nor of how long he will play, but given that it’s been just over 8 months since the club’s plane came down on the way to Medellin for the first leg of the Copa Sudamericana final, it’s incredible that he will even suit up for the match.

Ahead of Monday’s match, Barcelona goalkeeper Marc-André ter Stegen posted a long and emotional message on his personal Facebook, where he filled his followers in on both the crash itself and the surviving players. Aside from Ruschel, goalkeeper Jakson Ragnar Follmann and Neto survived the crash, although it’s unlikely that either will play professional soccer in the near future. Neto is still in recovery from injuries suffered in the accident, while Follmann lost his right leg in the crash; he is training now to be a member of Brazil’s Paralympic squad.

I usually don't post on social media when it's matchday, but today is different. Tonight we play our first match of the…

The Joan Gamper Trophy match kicks off at 2:30PM EST on Monday, and can be streamed through Barca TV. The friendly usually serves as Barcelona’s unveiling of new squads in front of the Camp Nou crowd, and this year will be no different there, as they debut new right back Nelson Semedo in their first post-Neymar match. However, the atmosphere will also be one of community, as the Catalan giants face off against the persevering Brazilian side. As ter Stegen said in his post: today, Somos Todos Chape.