Stop me if you’ve seen this before: another photo that proves why Lionel Messi is superhuman. Leo is going up against what seems like a truly impossible number of Chilean players and still comes out alive (and with the ball at his feet). Yes, this was the most iconic photo of the Copa América Centenario. Messi against the world.

Well, the man behind this image is 41-year-old Claudio Rodriguez, who was one of the 82,026 aficionados in attendance at the Copa América Centenario final in New Jersey two weekends ago. Armed with his Canon T-3 and 70-300mm lens, he followed the ball at the 71st minute as it flew out of Ever Banega’s hands from the sideline and onto Lionel Messi’s feet.

La Pulga evaded a few defenders and passed the ball to Sergio Agüero, who unfortunately skied the shot. Although the moment was brief and unimportant in the grand scheme of the game, it provided Rodriguez with an image that went viral and became the most iconic photo of the tournament.

Rodriguez’s photo catches a split second of the minute-long play after Banega throws the ball at Messi. The diminutive Argentine is the lone Albiceleste in the photo and is surrounded by every single Chilean player on the field, save for goalie Claudio Bravo and the red-carded Marcelo Diaz.

Rodriguez, a Jersey resident since 1997, showed his wife Laura the photo before scrolling through the rest. The same scenario played out in nearly every photo of Messi: the Barcelona star surrounded by four, five, even nine Chilean players.

“It was constant,” said Rodriguez in an interview with Jeremias Prevosti of Argentine newspaper La Nación.

Rodríguez uploaded the photo to his Instagram account, but it didn’t take off until his friend Norberto Pina retweeted it to his 200,000 followers.

“A friend shot this photo at the stadium,” said Pino in the tweet. “What the hell do you want Messi to do? He’s a footballer, not a miracle worker!”

“I couldn’t believe it, I almost died when I saw it,” said Rodriguez when his tweet’s social media numbers skyrocketed. “Five hours later, the number of retweets was tremendous!” 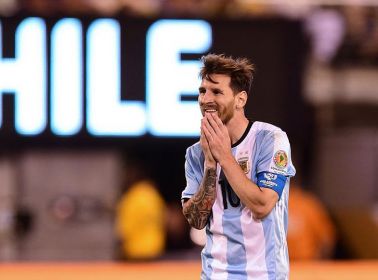 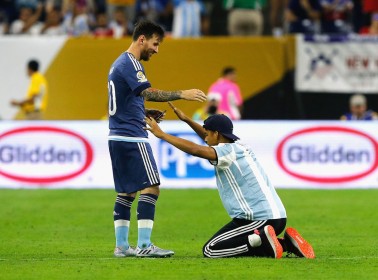 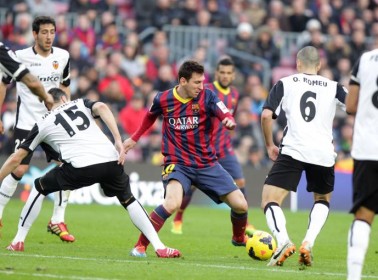