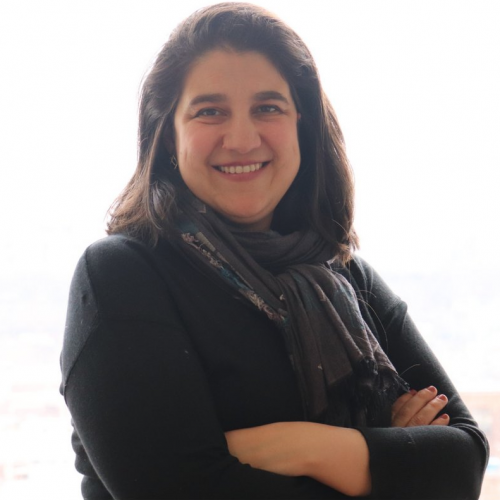 Angela Fernandez, Esq., is the Executive Director and Supervising Attorney of the Northern Manhattan Coalition for Immigrant Rights. Angela is a first generation immigrant, whose mother migrated to the United States from Baitoa of Santiago de los Caballeros, Dominican Republic. Angela is a graduate of the Columbia University School of Law and has more than 20 years of experience advocating for human and civil rights in the United States and internationally. Her public interest law experience began in the Middle East, investigating labor law violations of workers, with the Centre for Human Rights Legal Aid in Cairo and continued with her providing pro bono legal representation to immigrants through the American Immigrant Lawyers Association. Angela’s advocacy in the educational field includes successfully founding and managing two academically rigorous elementary schools, in the South Bronx and Washington DC, and spearheading and implementing the first of its kind Women’s Studies Program at Riker’s Island Correctional Facility, for female detainees. Angela’s work in government includes being a staffer for US Senator Bill Bradley and being District Chief of Staff of Congressman Jose Serrano. Earlier in Angela’s career she was an off-air reporter for ABC News, World News Tonight with Peter Jennings, Good Morning America and Nightline. Angela is unique in that she combines top-level governmental experience with years of working collaboratively with affected community members in all five boroughs. This has given her a clear understanding of the current policy gaps within New York and the progressive solutions to fill them. In the past five years, Angela has helped to build broad city and state wide coalitions that have reversed policies that would potentially be devastating to vulnerable New Yorkers. Angela co-lead the effort to end New York State’s participation in the Secure Communities program, and co-developed the first of its kind in the nation, universal court-appointed representation program for detained immigrants. Additionally, she is seen is a key contributor to the immigrant rights debate: she has written on immigration issues in El Diario and is a regular collaborator with The New York Times, WNYC Radio, NY 1, Univision, Telemundo, Remezcla, and CNN en Español. From 2015 to 2017, Angela served as the Chair of the National Dominican Day Parade, leading it through a successful turnaround which brought structure, financial health and open-book respectability to the institution. Angela was recently appointed by NYC Mayor Bill de Blasio to serve on the Civilian Complaint Review Board, the largest agency in the nation which oversees and adjudicates complaints of police brutality. Angela lives with her family in Washington Heights.

Ask an Immigration Lawyer: What Happens If Your Green Card Expires After Applying For Citizenship?