Suelta: How Dating Taught Me That This Fat, Glorious Body Is Mine
Search
Culture

By Yesika Salgado
06.17.19
Art by Alan López for Remezcla

I am in a taxi cab at 11 p.m. I have showered and am wearing what I think is my best outfit. I almost canceled twice today, but the person waiting for me, David, talked me out of my nerves. He and I will be meeting for the first time, and I will, hopefully, be having my first one-night stand. My stomach is in knots, and the same thought is pounding in my ears: “I hope he doesn’t think I am fatter in person.”

RELATED: Suelta: Before I Even Knew Heartache, Juan Gabriel Was There

I don’t remember when I was told that my large body was difficult to love. My first boyfriend dated me in secret. When he was asked about who I was to him, he continuously insisted I was only a friend. I accepted whatever he offered because I genuinely believed that was all I deserved. My family never let me forget I was a fat girl. My tíos would make jokes about their arms not being long enough to hug me, chairs being too fragile for me, hammocks snapping under my weight, and a long laundry list of cruel punchlines. I learned to laugh it all off, but I internalized each joke. I resented my body because I truly believed it made me difficult to love.

I was 28 years old when I had enough. Some part of me woke up and decided that being miserable wouldn’t do. I wanted to love myself, and I wanted to find a partner that would love my body. I call this year my hoe year. I discovered the world of online dating, and I dove in. I realized that being a fat woman on the internet looking for love was the equivalent of a game of roulette. There were plenty of men who wanted to sleep with me, but many of them wanted to fulfill a fetish for larger bodies or assumed I’d be an easy yes. I had to make my way through a landfill of disgusting messages just to find someone to have a conversation with. If I rejected a man, I would get told that I was fat anyway and did not matter.

Occasionally the skies would part, and the dating app gods would smile on me. I’d find someone willing to have a conversation and perhaps just a regular old-fashioned hook up. This is how I had my first orgasm and the best sex I have had to date. My brand new lover worshiped my body for the few hours we spent together. He kissed my face, arms, chest, belly, legs, thighs, feet, and I almost wept in relief. I had never been made to feel like I was a complete person during sex and that my entire body was worthy of pleasure. The next day I was glowing. It wasn’t because of the man I had slept with, but instead, I had found something new. I wanted to continue exploring it.

My sex life was fantastic, but my love life was still painful. Men wanted to sleep with me and nothing more. I began getting really hungry for intimacy. I was already in my big on-and-off situationship that had lasted too long to count. My darling loved me, but his refusal to commit made me nauseous. I knew what was keeping him from settling down with me was my fatness. He denied it, and yet, nothing changed. I could hear my tíos laughing. I could feel myself resenting my belly, arms, and thighs.

Then, suddenly, I began dating someone who had been a friend for years. He had publicly courted me for months. He was beautiful and super charming. I knew my prayers had been answered. I dove into the relationship feet first and didn’t bother looking back. The beginning was magic. We’d spend hours talking, laughing, and follow it with sex. Weeks into our romance, I had keys to his apartment, a drawer in his bathroom, and my designated pillow on his bed. I knew I was in love when I was standing barefoot in his kitchen on the phone with Mami as she walked me through cooking dinner for him. I remember her laughing and saying that this must be amor del bueno. I agreed. We loved eating together. For once, I did not have to pretend to be anything else. I was seen. Better yet, I was loved. Things changed quickly. My boyfriend began criticizing my appearance. He’d watch porn while we had sex. If I wasn’t hungry, he’d tell me not to pretend like I did not enjoy eating. I then understood that this was not an even relationship. He felt I should be grateful for his love. After all, I was a fat woman, and he could have anyone else that wasn’t. I broke up with him, and it was the first time, I truly stood up for my body.

Last year, my situationship and I ended up in the same bedroom again. It was 3 a.m. on a weekend. We left the lights on. I undressed as he watched. I laid down and invited him to join me. I was terrified but refused to show it. We did not go under any sheets, we did not play any music. It was his body and my body in all their glorious imperfections. We had sex, finished, and dressed. He walked me out to my Uber, and I kissed him goodnight. I rode home with a new victory on my lap. It wasn’t perfect, but it was mine.

I am still learning a lot about relationships and dating while being a fat woman. I know what I want and what I deserve. I am bold and determined. I am not afraid of turning a man down. Life taught me that no matter who I am, love and sex are messy. I also know that I am a damn good time and a blessing to whoever I choose to spend time with. This fat, glorious body is mine. It is my beloved home. It is my sacred temple. If no one else is worthy of worshipping here, I always am. That is enough. 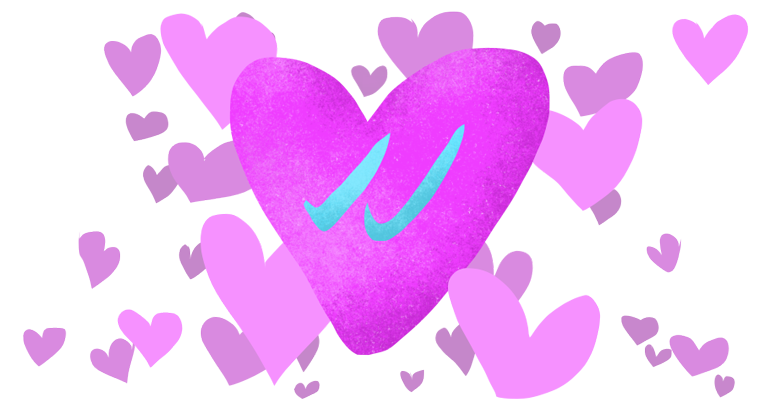