Suelta: Before I Even Knew Heartache, Juan Gabriel Was There
Search
Culture

By Yesika Salgado
04.12.19
Art by Alan Lopez for Remezcla

I am a 7-year-old girl sitting at the dining room table, my big brown eyes full of tears while listening to Tío Rufino strum his guitar and sing “yo se perder, yo se perder, quiero volver, volver, volver.” A couple of years later, Papi is up late listening to music. I lay in bed, a small sob caught in my throat as Los Bukis play softly into the night. Fast forward to a 12-year-old me standing in the shower crooning along to Juan Gabriel’s heartache.

I had never been in love, but I already knew it would hurt.

My first adult heartbreak caught me by surprise one spring a few years ago. I fell in love with someone who had been a longtime friend. The relationship moved quickly. He gave me keys to his apartment, we grocery shopped together, did laundry, slept side by side. I stopped going home and hanging out with friends. When I called Mami to tell her I’d be staying over, yet again, she called it amor del bueno. I agreed. I wrote poetry while laying in his bed, learned to cook chicken the way he liked, cleaned out his fridge when he stepped out, watched Martin reruns for hours on end and laughed at all of my sweethearts awful jokes. I had fallen irrevocably in love. I ignored all the red flags. I took all the blame for whatever problems we were having. I spent most of my time away from him crying. A friend asked me why I kept going back. What was worth so much misery? I couldn’t explain to her the years of novelas I kept on loop – the woman protagonist pining away at a love she had yet to earn. I knew that if I held on, I would find a way to make us work. I didn’t. 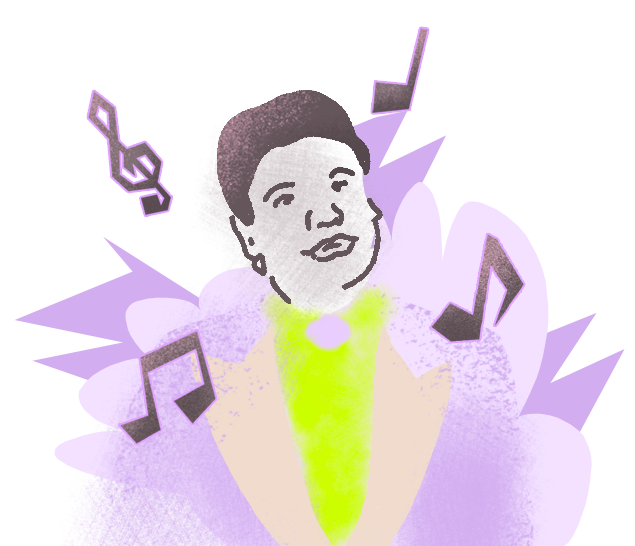 After the breakup, I went home to Mami. I sobbed and didn’t leave the couch for days. Mami didn’t hug me. Instead, she strung together a bunch of told-you-so’s that sounded like “Women don’t chase men. If he loves you, he will come for you. You gave him too much too soon.” She cooked my favorite meals for me all week, brought them to the couch, and quietly watched me eat. My sisters and girlfriends took on the task of slowly helping me piece myself back together. I listened to Los Temerarios with a new ear. I vowed to never go through this misery again. My heart had other plans.

Shortly after my break up, I rekindled an old situationship. THE situationship. I welcomed Mr. S back into my life. I felt like I had found a shortcut to companionship, a lover with no promises to break. I leaned into him and quickly fell back in love. Here was another familiar novela – a woman hopelessly in love with a man for years on end. This heartbreak was different. It happened every day. Slowly. My heart ached during phone calls, while I laid in his bed, held his hand, as I moved through the world wanting more and knowing I wasn’t going to get it. Then one day, he finally said “yes” to a relationship – except the yes was to someone else. Not me. I found out through Instagram and cried so long, I gave myself a headache. I wasn’t mourning our relationship because there was no relationship to grieve. What I was feeling was freedom for the first time in a long time. I realized that being free of frustrated love would also hurt. I finally said goodbye to the idea of Mr. S being happily ever after. 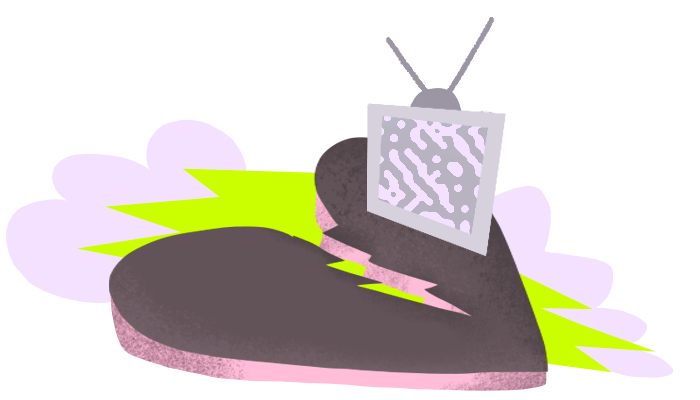 I walked into my mother’s bedroom and did not say a word. Instead, I sat through an episode of La rosa de Guadalupe. During a commercial I asked her, “Who liked listening to Juan Gabriel more? You or Papi?” Mami laughed and said, “Your Papi knew how much I loved him and would play his songs just for me.” I wept again. I took inventory of all I know of love. Its conflicts and contradictions. My parent’s relationship, their lack of affection, Mami’s sacrifice, Papi’s drinking, the fights, slammed doors. The times I wished Mami would leave him and take us far away. How long I had hoped Papi would get better. The novelas full of pretty girls with faces swollen with tears. Song after song about longing for love. Saturday nights with me in bed and in the living room a bolero softly wailing about the tragedy of love having nowhere to go.

As I write this on April 11, 2019, heartbreak is on my lap again. This time it is the death of Nipsey Hussle. A man that belonged to the city that holds all the men I have ever loved. I’ve sat in passenger seats while my lovers drove through Los Angeles and his music vibrated our seats and the air around us. In the last few days, I have reached out to my exes, asked if they are OK, if they remember I love them beyond whatever happened between us. It is 5 a.m. and I am finishing this column; Nipsey’s album, Victory Lap, plays loudly in my headphones. Mami gets up for work, showers, comes into the living room and sees my tear-streaked face. I do not have the words to translate my pain. Instead, I unplug my headphones and change the song. José José croons “pensando en tu amor he podido ayudarme a vivir.” She asks if I am going to want some coffee, and I nod. The song takes care of the rest.